An Italian fast-casual chain is saying “ciao” to Cherry Creek in favor of a spot on Colorado Boulevard.

Mici Handcrafted Italian will depart from its home of seven years at 3030 E. Second Ave. at the end of the year and reopen at 727 Colorado Blvd., the former home of Boulevard Burger & Tap across from Trader Joe’s.

And the company said it wants to open more stores and start selling franchises.

Jeff Miceli, who founded Mici with his siblings, said the new location offers higher visibility and better access for customers. 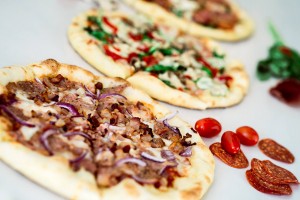 Most pizzas at Mici cost about $10.

“We had an opportunity to get out of our lease in Cherry Creek on Dec. 31 of this year,” Miceli said. “We like the exposure on Colorado Boulevard because there’s a lot of access and easy parking. That area is close to Park Hill and Congress Park, which has a lot of families. That’s a big part of our business model.”

Miceli is leasing a 2,400-square-foot storefront and said he’ll invest about $200,000 to improve the property, including putting in an updated electrical system and new walk-in refrigerator.

“Colorado Boulevard has 70,000 cars a day, so we think they’ll do more dine-in business here than in Cherry Creek,” Livaditis said. “Trader Joe’s across the street draws the same demographics as Mici does. And the convenience of the parking was a big factor.”

The Colorado Boulevard lease is the third deal Livaditis brokered for the restaurant chain. He also secured Mici’s fourth location, a 1,700-square-foot restaurant that opened in Highlands Ranch earlier this year. 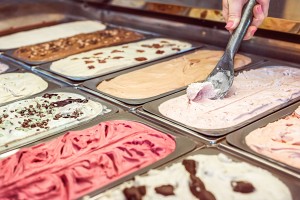 “Their Stapleton location a few years ago really helped define their market,” Livaditis said. “That store did so well that it really reaffirmed for them who their best clientele is – that’s a young family demographic – and they were so well-received there, what we did next was identify the other parts of town with high family populations.”

No one is set to lease the 3030 E. Second Ave. location after Mici moves out, according to Greg Wolff of Realty Management Group, who manages the property.

Miceli said the restaurant chain is looking at serving a new demographic next year – franchisees. He’s currently in talks to open the first Mici franchise location.

“It’s a guy we knew from back home – he’s worked for us before, and we’re pretty excited about his interest,” Miceli said. “I think what really is exciting about us from a franchise perspective is that our sales are really strong. Two of our locations are making over $1 million (annually).”

Miceli, 43, moved from Florida to found Mici with his sister Kim Vela, 46, and brother Michael Miceli, 41, in 2003. His wife, Marissa, 39, has since joined the team. The family opened the first Mici downtown in 2004, followed by the Cherry Creek spot in 2008, a Stapleton expansion in 2012 and a Highlands Ranch spot earlier this year.

A family-owned restaurant brand is relocating one of its shops to a higher-traffic area, and its next move will likely be a franchise deal outside of Colorado.