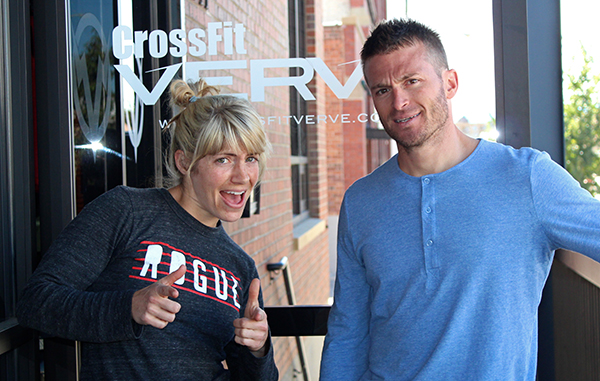 At some point this fall, CrossFit Verve’s workout of the day – “WOD” in CrossFit speak – will be to carry all those box jump platforms, rowing machines and pull-up structures two blocks.

CrossFit Verve is leaving its RiNo home of four years at 3344 Walnut St. and moving to 3435 Larimer St. into a space that gives the gym 4,000 more square feet to accommodate a growing membership.

Verve owners Ryan Clancy and Courtney Shepherd began their search for a new location two years ago in the Clayton neighborhood before finding a new spot in RiNo.

“As some point in time, CrossFit gyms started opening nonstop,” Shepherd said. “But we’ve got years of experience under our belt, so we had the room to make mistakes and learn. Now we’re ahead of the game in comparison to a lot of newer gyms.”

The gym serves about 350 members but is maxed out at its current space, the company said. In order to pick up new clients, Clancy said, the gym needed more room. 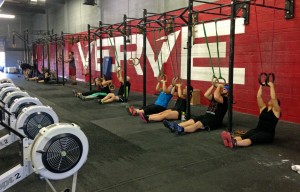 CrossFit Verve has about 350 members.

“We have some really congested hours at 5:30 a.m. or 6:30 a.m. and for the nighttime classes,” he said. “It can get kind of tight on space in here. When we move into the new space, there’s more room per person, so it’ll feel bigger.”

The duo wanted to stay in RiNo to access the neighborhood’s growing population, Shepherd said.

“Everywhere you look around here, you see cranes that are building new apartments,” she said. “All the people in those apartments are potential members.”

The new facility is located in the same complex as the Exdo Event Center and Yoga Mat yoga studio. Verve signed a five-year lease on the property.

Verve will reopen on Dec. 1, after architect Neo Studio and contractor Grayson Construction have a chance to renovate the space. Clancy declined to comment on the exact price of the construction but said that it was “north of six figures.”

Clancy and Shepherd found their new home through member Andy Feinstein, who owns the building.

“I’m thrilled to have what I think is the best CrossFit gym in Colorado moving into the Exdo block,” Feinstein said.

The Chans, who now live in Boulder, founded the gym in 2008 as a workout group in Commons Park before moving into a location at 38th and King. They opened Verve’s Walnut Street facility in 2011.

Verve isn’t the only local CrossFit gym to expand recently. In May, CrossFit LoDo opened its second location, dubbed LoDo at RiNo, at 2363 Blake St.