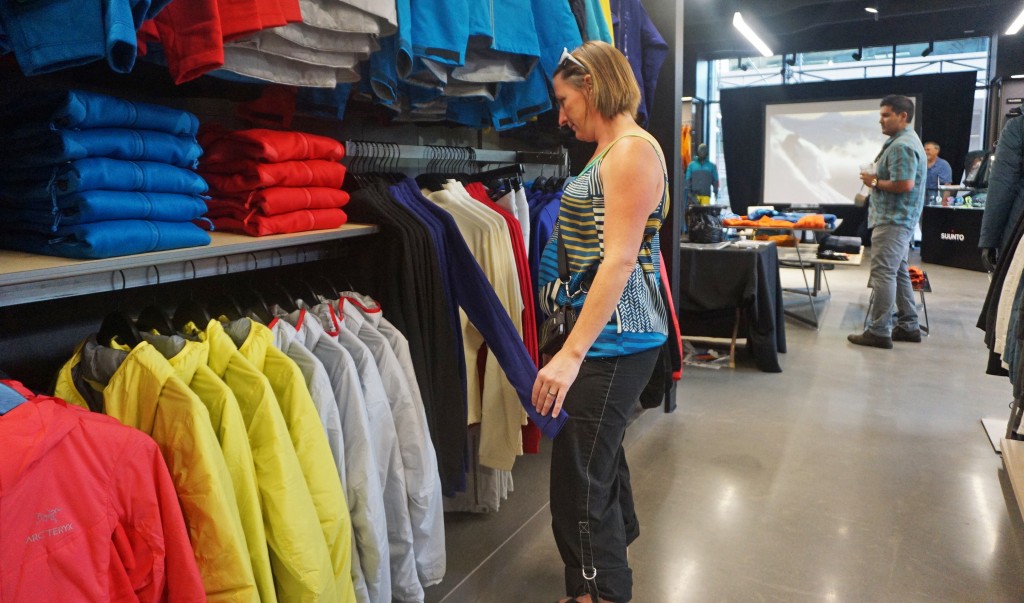 Some of the first customers check out the new store at an event Thursday. Photos by George Demopoulos.

Arc’teryx will open its first brick-and-mortar store in Colorado this weekend at 250 S. Columbine St. in Cherry Creek.

It’ll be the fifth Arc’teryx store in the U.S. after locations in Seattle, Portland, Minneapolis and Washington, D.C. Stores in New York and Boston will open later this year.

The Denver store, located on the first level of a 70-unit condo building, is 3,500 square feet – one of the company’s largest stores to date. Construction of the interior of the store cost over $1 million. The store will employ about 15 people, according to the company’s director of retail Bob Matheson.

The first 50 customers into the store will receive gift packs worth between $50 and $1,000.

Arc’teryx products can also be bought in REI stores, and surplus gear form the previous season is available at an Arc’teryx outlet store in Castle Rock. The Cherry Creek store will sell the most recent season’s gear. 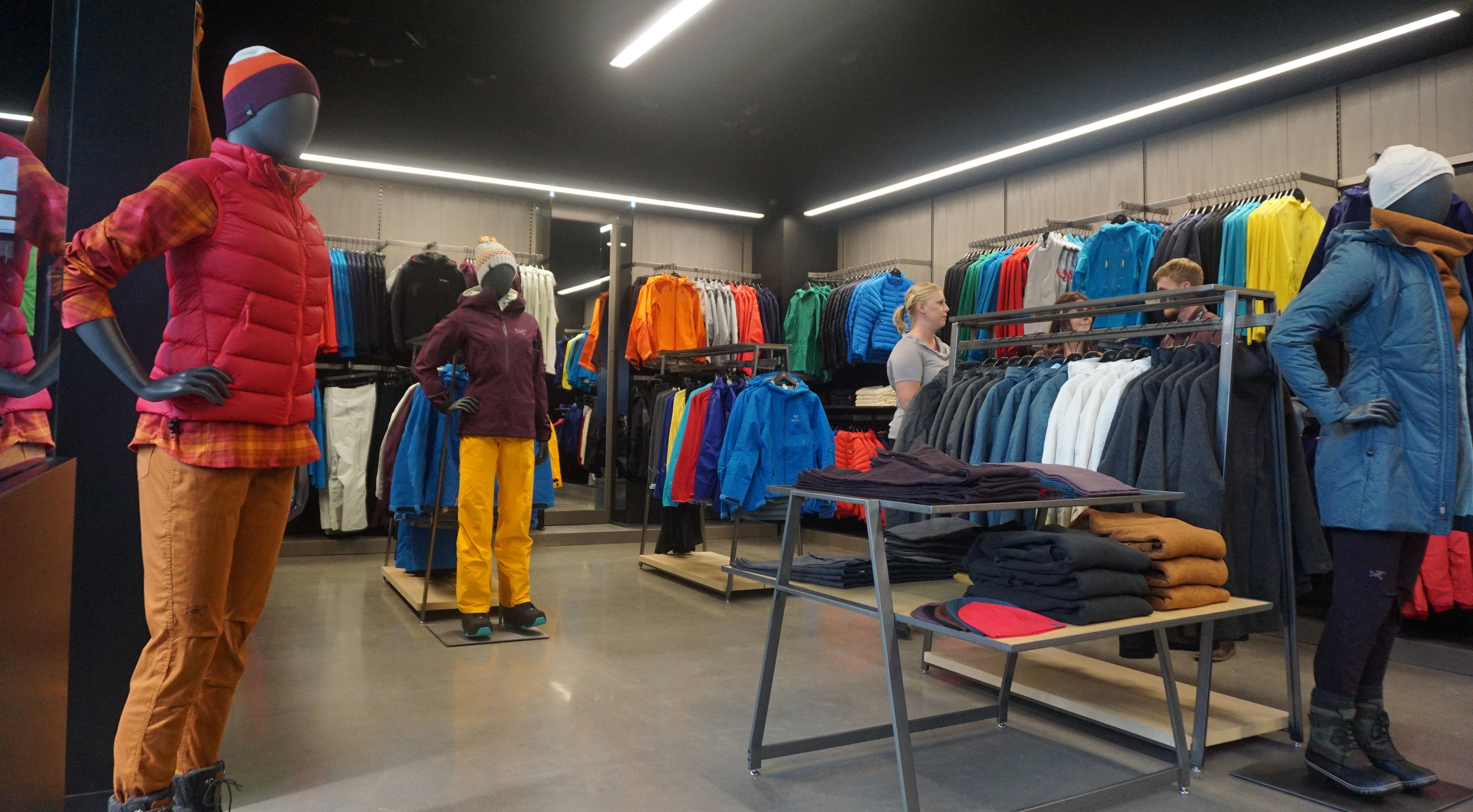