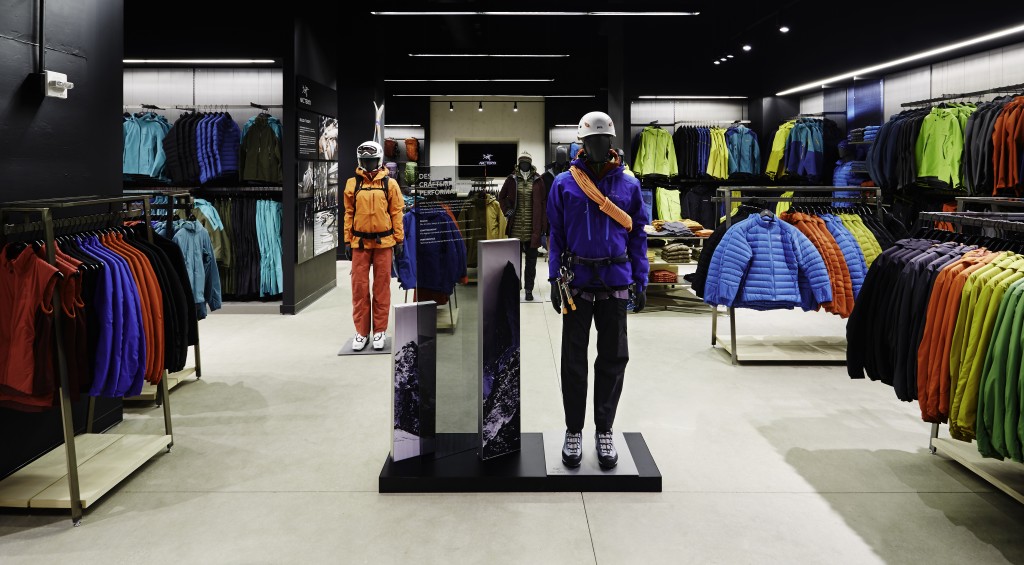 Arc’teryx, shown at the D.C. location, is bringing its own full store to Cherry Creek. An Arc’teryx jacket can run up to $600. Photo courtesy of Acr’teryx.

“It has a good population and the right demographics,” said Bob Matheson, Arc’teryx’s director of retail.  “The location is accessible, centralized and we can design the interior of the building as we see fit.”

The Denver location will be the fifth Arc’teryx store in the U.S; the brand already has stores in Seattle, Portland, Minneapolis and Washington, D.C. 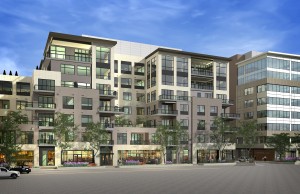 The 250 Columbine development will include more than 70 condos and retail and office space. Rendering courtesy of Western Development Group.

Arc’teryx products are already available in Colorado at REI and at the Arc’teryx outlet store in Castle Rock that sells surplus from previous seasons.

Opening an Arc’teryx store will allow the company to sell a wider array of products, Matheson said.

Construction of the interior of the store will cost more than $1 million.

The Denver location will be one of the largest Arc’teryx stores to date. Its 3,500-square-foot interior is nearly a third bigger than the area of the average stand-alone store. Matheson said it will employ about 15 people.

Construction hasn’t begun on the building, but Matheson said he hopes the store will be opened sometime in June.

“The concern for us on opening time is more collection transition,” he said. “Ideally, it would be early June so we can sell our summer things. It originally was in July, but the problem with that is that it only gives us a month to sell summer products before going to the winter line.”

Matheson said Arc’teryx has been planning on building a store in Denver for more than a year thanks to its young, active and affluent population.

“After we decide what city to look at, we start considering which neighborhoods in that city to build in,” Matheson said.

Matheson said the next Arc’teryx will likely be in a major city like New York, Boston or San Francisco.

Arc’teryx was founded in Vancouver in 1989 under the name Rock Solid. It changed its name in 1991 to Arc’teryx, a reference to Archaeopteryx, the earliest known fossilized remains of a bird from which it took its logo.

Arc’teryx, shown at the D.C. location, is bringing its own full store to Cherry Creek. An Arc’teryx jacket can run up to $600. Photo courtesy of Acr’teryx.

Cherry Creek fits the expansion formula for high-end outdoor gear brand Arc'teryx and will soon be home to the retailer's fifth U.S. stand-alone store, a $1 million project and one of its largest spaces yet.