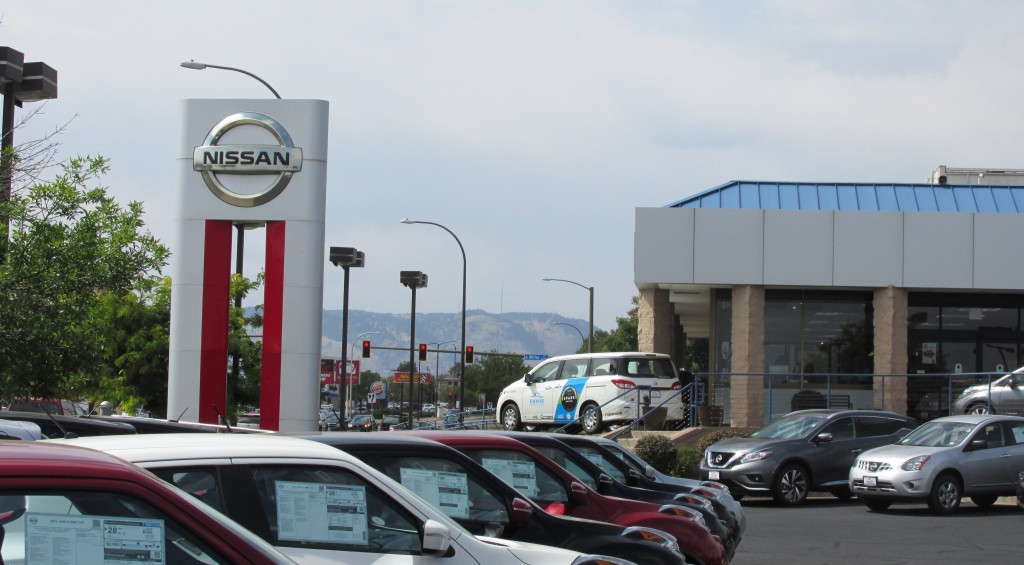 The Empire Nissan dealership is building a new facility. Photos by Aaron Kremer.

Completely redesigned for 2016: a brand new Nissan showroom and lot in Lakewood.

Empire Lakewood Nissan has started construction on a 27,000-square-foot dealership at 14707 W. Colfax Ave. near Golden. Heavy machinery is tearing away at the site – which at one time had a Holiday Inn. The new dealership is slated to be finished in summer 2016, according a sign posted at the property.

Plans submitted to the city of Lakewood show a two-story building on about 6.5 acres of land. L & M Automotive LLC, an entity registered to Empire’s Chris Lenckosz, bought the lot in 2013. The sales price came to $4.75 million, according to Jefferson County real estate records. 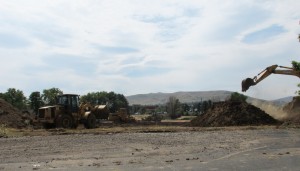 Work is underway at the new site.

Lenckosz did not return phone messages from Monday and late last week seeking comment on the new dealership.

Empire Nissan got rolling in 1966. The shop sells both new and used cars and includes a service department. Right now the company is located at 10345 W. Colfax Ave., just west of its planned new dealership.

Empire’s current building is old enough it could have sold Datsuns. The dealership was built in 1970, according to Jefferson County records, and has about 26,000 square feet of space on the main floor and a 3,500-square-foot basement.

Empire Nissan’s new digs will make at least three new car dealerships under construction in the Denver area. On Colorado Boulevard, Sonic Automotive is building new Mercedes-Benz and BMW dealerships in a $50 million project slated for completion next fall. 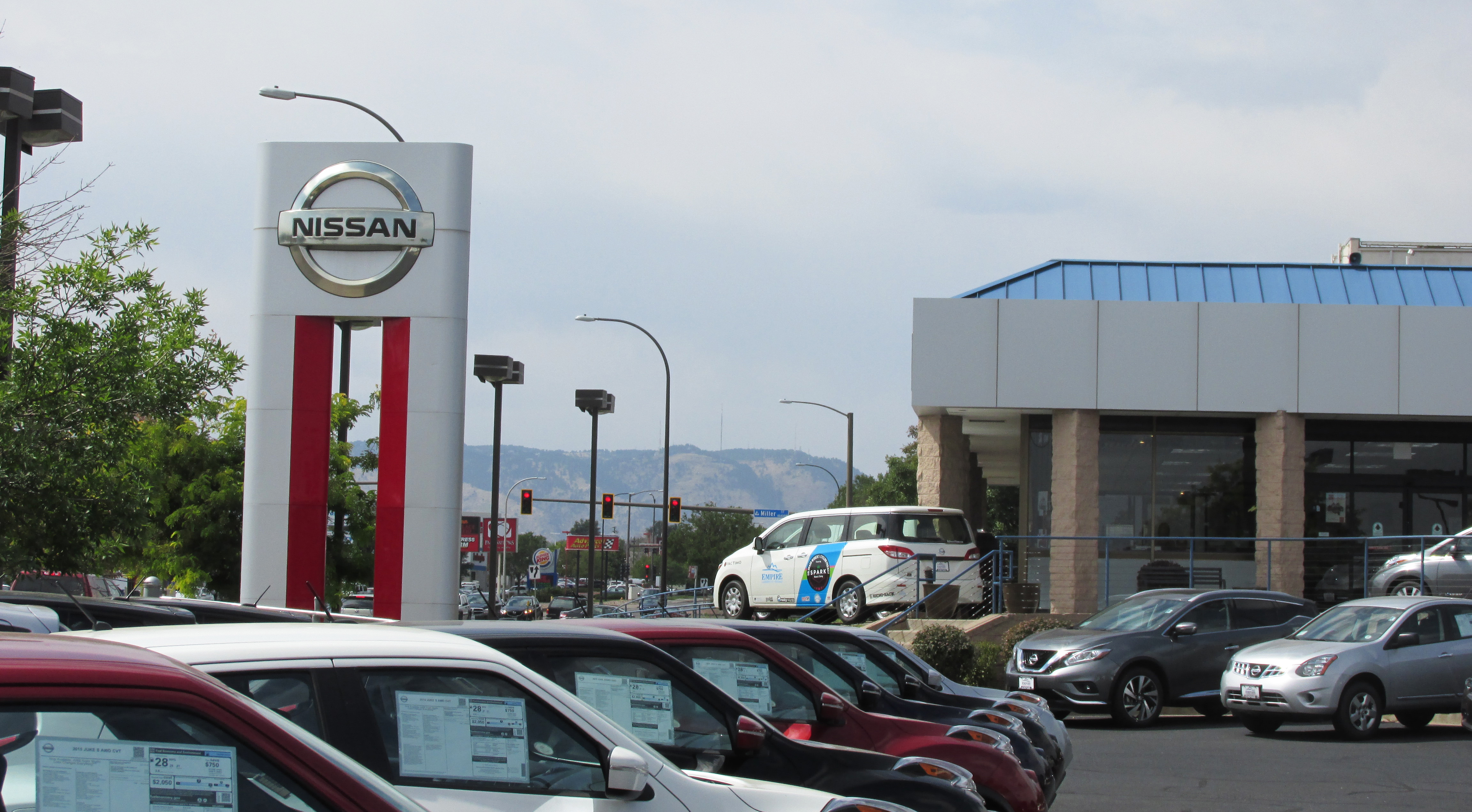 The Empire Nissan dealership is building a new facility. Photos by Aaron Kremer.

A longtime car dealership is upgrading its Lakewood complex, and construction is running full speed on the new Colfax Avenue showroom and lot.

isn’t the new dealership west of the old one? what is going to happen with the 10345 property?