Torrey Newman leads a Fierce45 class in the Highlands. Photo by George Demopoulos.

All of Torrey Newman’s time in the gym is starting to pay off.

Newman, who owns a Fierce45 gym in the Highlands, is expanding with a second outpost in Wash Park.

“We’re nearing capacity at the 38th Avenue location,” Newman said. “We’re selling out classes on weekdays and at non-peak times. With that, it makes more sense to bring in more machines to Denver.” 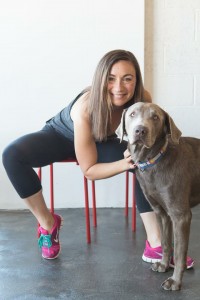 Newman, 36, signed a lease last week on the 1,600-square-foot property at 527 E. Mississippi Ave. and hopes to open the gym in November. It’s slightly smaller than Newman’s 1,800-square-foot 38th Avenue gym but will feature two more workout machines than its sister studio.

She has hired architect Tim Jacques of Denver firm 00 Architecture to complete design and GEG Contracting to finish construction.

Opening a gym in Wash Park was actually Newman’s backup plan. She said she first planned to move into first-floor retail space at the One Observatory Park building near DU.

But rent was too expensive for the studio to be profitable, and she opted to open in Wash Park.

“This area is right in the middle of Wash Park, DU and South Pearl Street and has the best of all of those areas,” Newman said. “Our target demographic is mostly females that are 20 to 40ish. With the university right there and a lot of young moms in Wash Park, I think it’s a really good fit.” 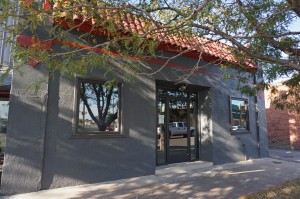 The new gym will open at 527 E. Mississippi Ave. Photo by George Demopoulos.

Memberships at Newman’s 38th Avenue gym, which opened earlier this year, will be honored at Fierce45 Wash Park. Newman said that the new gym will be able to serve 150 total members, and she expects to have 100 signed by February. A membership at the gym costs $219 for unlimited classes.

The spring-based machines, which run $10,000 each, target six muscle groups including legs, obliques, core and the upper body. The machines emphasize a low-impact workout to build lean muscle instead of bulk and to reduce stress on joints, Newman said.

Newman spent $200,000 of savings to open the first Fierce45 gym at 1208 W. 38th Ave. in the Highlands earlier this year. Prior to that, she had worked for Zillow competitor HomeFinder.com and has taught yoga classes in Boulder and Denver since 2006.

Torrey Newman leads a Fierce45 class in the Highlands. Photo by George Demopoulos.

After just a few months up and running in the Highlands, a group fitness gym's second outpost is springing up in Wash Park.