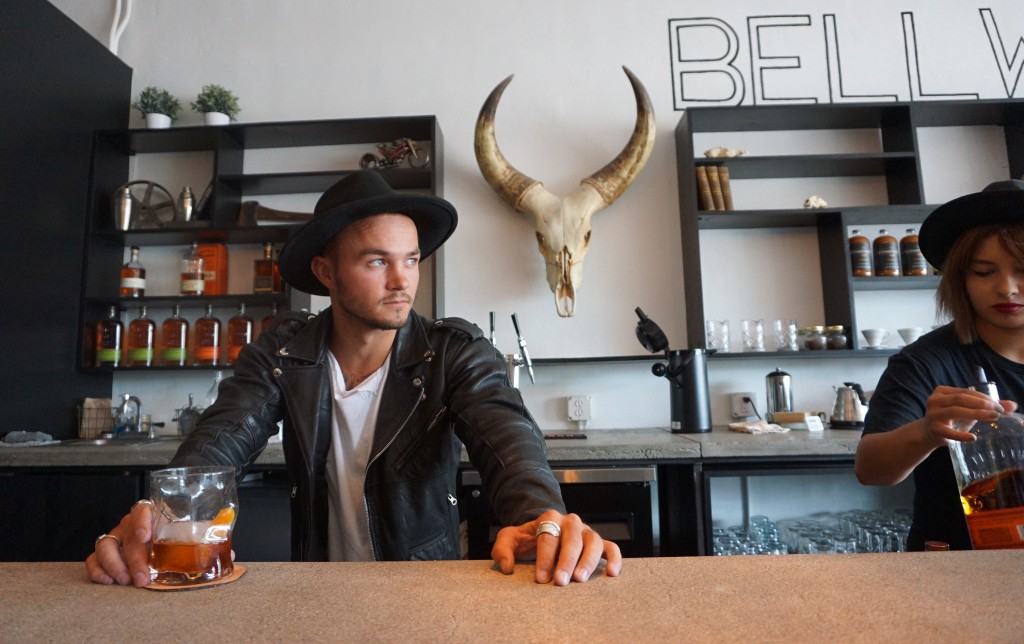 Josh Schmitz and a group of friends launched a multi-use spot on Colfax. Photos by George Demopoulos.

What started as a search for retail space for a clothing line turned into a venture that combines a handful of separate businesses under one roof on Colfax.

Josh Schmitz and Rustin Coburn needed a retail location for their apparel brand, Ruckus. Then the two friends figured they would bring a small co-working space into the fold. And toss in a barbershop, cafe and whiskey bar for good measure.

Schmitz and Coburn teamed up with their friends Athena Brownson and Adam McCarthy to open Bellwether, a club that combines a coffee shop, bar, boutique, co-working space and barbershop under one roof along an improving stretch of East Colfax. The retail store, coffee shop and bar are open to the public, but the rest of Bellwether’s amenities are only available to the club’s members. 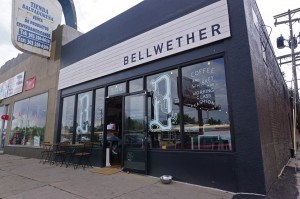 For $10 per month, Bellwether members can access the club’s barbershop and co-working space and attend members-only events. The club is capped at 150 members, and Schmitz said 110 people have signed up since the opening on Aug. 17.

“We wanted to create a place that our community could have ownership of,” Schmitz said. “I think by having the membership option, it builds that.”

Membership is split in half between men and women, Schmitz said.

In November Schmitz signed a five-year lease for the 2,600-square-foot property with rent of $2,100 per month. He has been renovating the space since then with a cadre of friends, family and the following they’d gathered with Ruckus.

“We didn’t have a single contractor come in – it was all DIY,” he said. “My assistant Rebecca, her grandparents were in here helping. It saved a ton of money. It didn’t save us time, but it helped us in the bottom line.”

He has hired 11 employees to staff the club, where the bar serves Boxcar Coffee and Bulleit whiskey on a rotating tap of local spirits.

Schmitz was attracted to the Elm area because of its position between two of Denver’s major neighborhoods.

“We’re smack in the middle of Park Hill and Mayfair,” he said. “If you live here and don’t want to go to Cherry Creek, you have to get downtown to get good coffee. We give them a good option in walking distance.”

Schmitz said he plans to open similar concepts to Bellwether in the future if the Denver model proves viable.

“It’s in our five-year plan, but we don’t want to put the cart before the horse,” he said. “We want to make sure we can replicate this and take it somewhere like New York or London or California. It may not have all the same things, but the idea is for a retail shop out front and a members club in back.”

Josh Schmitz and a group of friends launched a multi-use spot on Colfax. Photos by George Demopoulos.

The owners of a clothing brand have set up shop on Colfax and have thrown in a cafe, bar and co-working space, as well - and they've nearly capped their membership.

I just wanted to pass along how much I enjoy reading the articles! Keeps me informed on what’s happening in my area as well Denver Metro.
Thank you!
Cindy