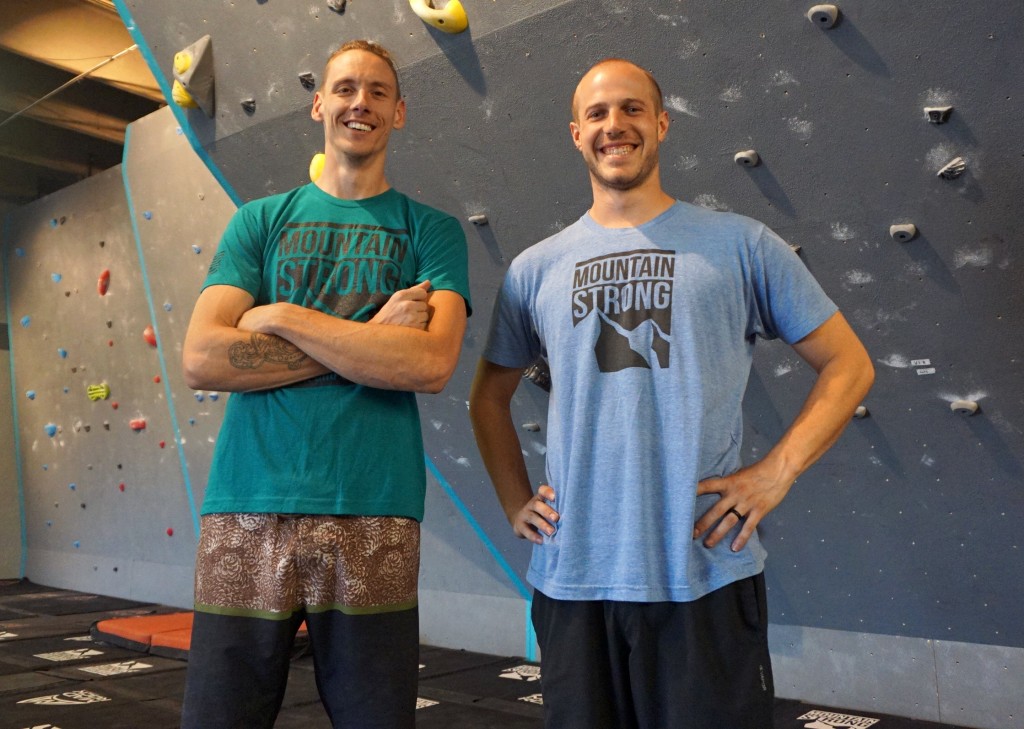 Here’s a new workout of the day for CrossFit enthusiasts: scale a 14-foot climbing wall.

Three Denver rock climbers this week launched Mountain Strong and CrossFit Globeville near the intersection of interstates 25 and 70 as a hybrid CrossFit and climbing gym.

“By and large, people who participate in mountain sports like rock climbing don’t train,” said Matt Lloyd, one of the gym’s founders. “With training, it’s not just for fun – there’s a distinct plan you’re following to get better. The angle that we wanted to take was to cater to climbers who care about performance just as much as traditional sports athletes do.” 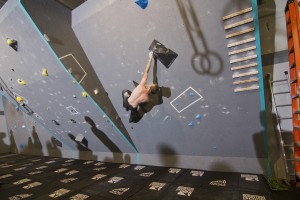 Members don’t rope in or use harnesses. Instead, the ground is lined with pads in case of a fall.

The dual gym has sold about 30 memberships so far at $140 per month, split down the middle between rock climbers and CrossFit enthusiasts, the company said.

The two training regimens complement each other, Lloyd said.

Mountain Strong rents the 4,000-square-foot spot at 5280 Broadway for $3,600 per month. It cost $135,000 to get the gym up and running, which Lloyd and his business partners Will Gordon and Anne Mahlman financed with personal savings.

Globeville will join more than 50 CrossFit gyms operating in Denver. And several have bulked up in 2015. CrossFit LoDo opened a satellite location in RiNo this spring, and CrossFit Wash Park tripled its size this month.

The gym owners rented the facility because of its highway visibility and because that neighborhood hasn’t yet exploded with construction, Lloyd said.

“In three years, Globeville is going to blow up,” he said. “We wanted to hop in here before gentrification – once it’s cool, it’s too late.”

And the gym wanted to be close to some of Denver’s more affluent neighborhoods. 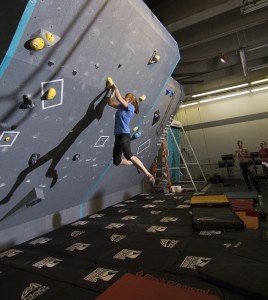 “We needed to be close to a socioeconomic group that has $150 per month to spend,” Lloyd said.

“We looked at pretty much every open warehouse that they weren’t growing pot in,” Gordon said. “Here, we’re close enough to a school so we’re not competing with those guys.”

Gordon, who swam at Penn State, met Lloyd in 2014 after he and his wife moved to Denver from Atlanta seeking a more adventurous lifestyle.

Lloyd, a South Africa native, moved to Carbondale to attend high school at Colorado Rocky Mountain School. He became a U.S. citizen in 2001 and has been a climbing coach and guide for the last 15 years.

“One of the best things about our relationship is that we’re not the same,” Lloyd said of he and Gordon. “We have skill sets that the others don’t have. He knows accounting, business and law. I know construction and climbing. It’s a confluence of ideas.”

With the thud of barbells and puffs of hand chalk, a new CrossFit gym launched in North Denver this week with the added obstacle of a large rock wall for serious climbers.

This is a pretty good market to take climbing to. Crossfitters are always looking for more ways to be elitist. In this case, by literally climbing above you.

No hate to crossfitters lol.