Plans for a summer camp-style retreat for pot smokers have been called off for now. Photos courtesy of the MaryJane Group.

Sometimes the plan goes up in smoke.

The MaryJane Group, a company that operates cannabis-friendly bed and breakfasts in Denver and Silverthorne, leased its third property in Colorado Springs days after plans for a marijuana-themed summer camp for adults fell through.

“Right now our focus is on opening the San Ayre (hotel), because it’s important to have as many rooms that we can manage 12 months a year,” MaryJane Group CEO Joel Schneider said. “But we haven’t abandoned Canna-Camp at all. Whether it happens this year or next, it’s going to happen.” 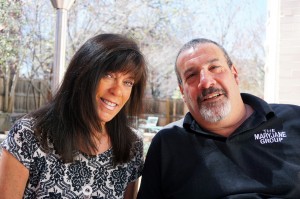 BusinessDen first reported in May that Schneider had secured a deal to operate a 170-acre property outside of Durango as a cannabis-friendly dude ranch, featuring activities like horseback riding, swimming and canoeing. But the ranch’s previous owners sold the property, and Schneider found himself without a paddle.

“When we entered into a contract to purchase the property, part of the deal was to lease the property back to the sellers, and we would operate it,” Schneider said. “At the closing, the purchaser pulled the lease.”

Clients had already booked stays at the camp to the tune of $23,000. But rather than burn his guests, Schneider transferred their reservations to one of the MaryJane Group’s other hotels.

Schneider’s not giving up on the Canna-Camp model. He’s looking for new locations right now and has started discussions with a few possible landowners to open the concept late this year or next.

In the meantime, he’s focusing his efforts getting the 11-room San Ayre Hotel in Colorado Springs up and running as a pot-friendly B&B. It opened July 15.

“At 7 a.m. on the day I found out we lost the property in Durango, I got a call from the owner of the San Ayre to ask if we were interested in leasing the hotel,” Schneider said. 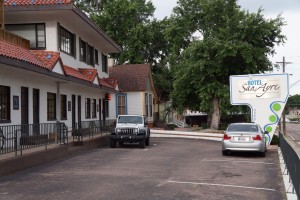 Schneider has converted the San Ayre hotel into a Bud & Breakfast. Photo by Katherine Blunt.

The lease also requires that Schneider pay a $30,000 hard deposit. The fee is nonrefundable but will be applied to the purchase price of the property if he decides to buy it at the end of the lease’s term.

He has spent about $30,000 buying things like furniture and a hot tub for the hotel. The San Ayre follows the model of the company’s other bed and breakfasts, including the wake-and-bake breakfast and 4:20 happy hour. Schneider said he has hired a hostess and housekeeper for the location.

Because the company isn’t licensed by the state to sell marijuana, each property is BYOB – bring your own bud.

Plans for a summer camp-style retreat for pot smokers have been called off for now. Photos courtesy of the MaryJane Group.

This place still owes me money for not being there on the days of my reservations! That was Nov. 2017 I believe bc it has been so long and I still have yet to hear from the property. Now the number listed is not working I have reported this to BBB