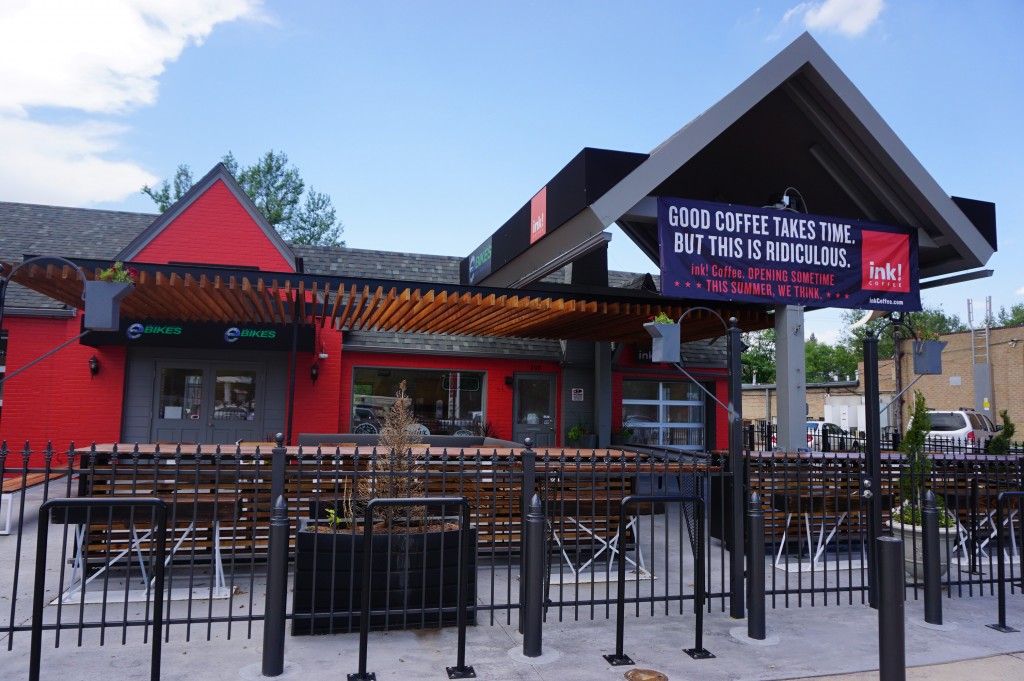 Ink Coffee will now open in a larger space on University Boulevard. Photos by George Demopoulos.

Finding a storefront, especially one with parking, is a tall order in Denver’s piping-hot commercial real estate market.

Denver-based Ink! Coffee will open its 13th location this summer in a former Bonnie Brae gas station that was recently an electric bike shop. The move comes after founder Keith Herbert converted a concession deal into a full-fledged lease last week.

“Ink now has the entire space, patio and parking lot,” Herbert said. “It’s one of the busiest streets in Denver. We always wanted to be in Bonnie Brae.”

The original plan for the 709 S. University Ave. location was to house both Ink and Small Planet E Bikes. Small Planet would operate the location as a bike shop, and Ink would provide coffee under a concession agreement.

Tom Wilson, owner of Small Planet, said that the owner of the building asked him to leave last month.

“It was unexpected, and we moved quickly,” Wilson said. “I think it was because it was decided that Ink needed the complete building rather than having two businesses in there.” 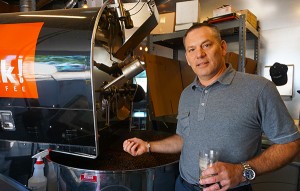 Wilson, who also operates Small Planet stores in Longmont and Dallas, relocated his shop to 733 Santa Fe Drive last Sunday and is now open for business. Finding a shop couldn’t come soon enough for Wilson, who said that summertime is his busiest season.

“I don’t know what happened with that space,” Herbert said. “The landlord presented me with one option to sell concessions and then came back with an offer to rent the whole building.”

Herbert’s goal is to open the 1,600-square-foot shop by September. The cafe will have a 2,000-square-foot patio and parking for 40 cars. He’s planning on using the space as a gallery, as well, selling knickknacks and artwork.

The location and parking were major factors in Herbert’s decision to lease the space, he said.

“We’ve actually closed two locations because of parking problems,” he said. “Even though we’ve had the opportunity to do Bonnie Brae before, we had no parking. When we had a dedicated building in the neighborhood with great parking, I knew it was the one.”

Herbert started Ink in 1994 as a stainless-steel cart selling coffee and pastries. In 1995, he opened his first brick-and-mortar store in Aspen. Rugby teammate John Rose joined Herbert as his business partner in 1998.

Now, the chain is grossing $6 million per year between store and wholesale distribution, Herbert said, adding that this new Bonnie Brae store will be his fourth to open in two years.

“We have a really long lease there,” he said. “We get along great with the landlord, and we’ll be there for as long as we can.”

Ink Coffee will now open in a larger space on University Boulevard. Photos by George Demopoulos.