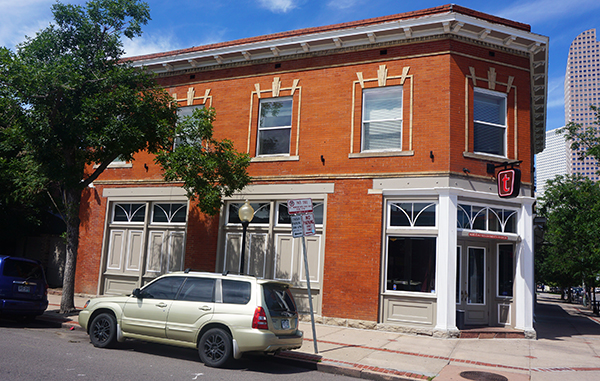 Another Uptown parking lot and a 17th Avenue sports bar might not be long for this world.

Southern Land Co. bought the Tavern Uptown building this month as part of a 1.5-acre stretch running along Pearl Street from 16th to 17th avenues, city records show. The Tennessee-based developer paid $11.5 million for the site and has a big apartment project outlined on its website.

Online the company says it will build 316 apartments and 12,000 square feet of retail space on the site. The project is scheduled for a 2018 completion, according to Southern Land’s description.

Southern Land declined to comment when reached by email on Friday. 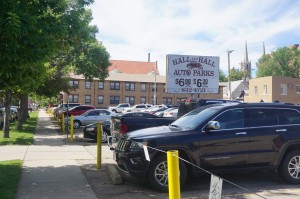 A rendering shows a single building that takes up virtually the entire 1.5-acre property. The project would replace the Tavern Uptown restaurant building, a stretch of surface parking lot and a 90-year-old 27-unit apartment building at 16th Avenue and Pearl Street.

Zoning for the land allows eight stories of development for most of the plot, with only five stories allowed at the corner of 16th and Pearl.

Uptown is booming with jumbo apartment projects. Trammell Crow Residential is building 372 apartments at its Alexan Uptown project at 19th Avenue and Logan Street. Trammell Crow bought the property between 19th and 20th avenues for $6.95 million in October 2014. That site is zoned for 12 stories of development.

The Uptown project is also the second major Denver apartment complex Southern Land is building. The company has work underway at its 300-apartment project at 18th and Central streets in LoHi. And it is also building 246 more apartments at 30th and Pearl streets in Boulder.

The restaurant group behind several area dining and bar spots has sold off its Uptown land for more than $11 million to a developer with plans for more than 300 apartments.

That is too bad that they are going to tear down that great building – happy the tavern is going away but sad 17th Street is going to lose a character building.

The building should be considered as a historic building. They can build an ugly box of apartments around it.

The whole point of downtown is its history and architecture, people come into Colorado with their poor business ethics and ruin Colorado’s, and slowly nip away at what makes this state great it’s sad we have to put a stop to it they don’t even make apartments affordable to live in its ridiculous!!!

A terrible idea! As an Uptown resident I treasure the two-story historic buildings that line 17th Avenue, as do many of the residents who choose to live here. The reason this neighborhood is so attractive is because of these street-level shops and low rise buildings. If the developer wants to infill a parking lot with their planned apartments (no doubt cheaply built boxes), so be it, but the fact they will tear down this lovely and important structure is a disgrace.

I think the city should make an exception to allow the builder to go taller in order to rescue this building.

I really hope they are going to add a parking lot for the general public (not just residents of the building), because parking in that area sucks already!