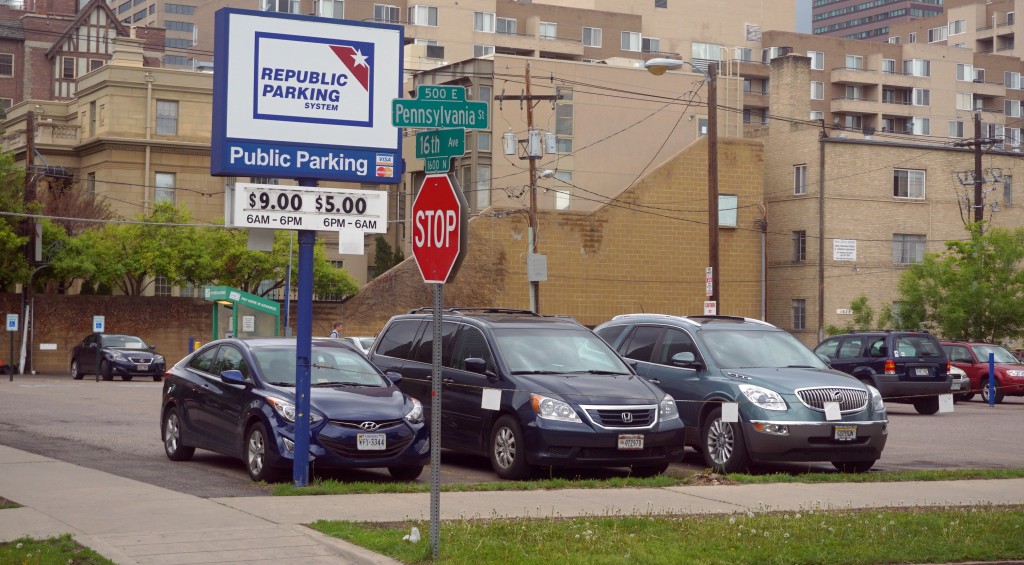 A parking lot will soon give rise to new senior apartments. Photo by Burl Rolett.

Uptown will be home to $30 million worth of senior apartments by next fall.

The Burgwyn Co. will break ground in July on a 99-unit senior living apartment building at 16th Avenue and Pennsylvania Street in Uptown. Veteran senior housing developer Henry Burgwyn bought the land for the project about six years ago.

“It’s a great location for senior housing,” he said. “You’re close to all the downtown amenities – the library, the art museum, the mall.”

The project, referred to in plans submitted to the city as 5280 Senior Residences, will be a mix of one- and two-bedroom apartments, Burgwyn said. It will be open to tenants 55 years and older, and Burgwyn said rooms will rent for between $1,800 and $2,200 per month.

Burgwyn said the entire project will cost about $30 million to build. His firm, acting as 16th and Pennsylvania St LLC, bought the nearly 1-acre site for $4.37 million in 2009. The property has been a surface parking lot ever since.

Burgwyn said he hopes to wrap up construction on the project around September 2016. Oz Architecture is designing the building, Shaw Construction is the general contractor and Mutual of Omaha Bank is financing the project.

A parking lot will soon give rise to new senior apartments. Photo by Burl Rolett.

After sitting on an Uptown property for six years, a developer is putting plans in motion for a nearly 100-unit apartment project for seniors.