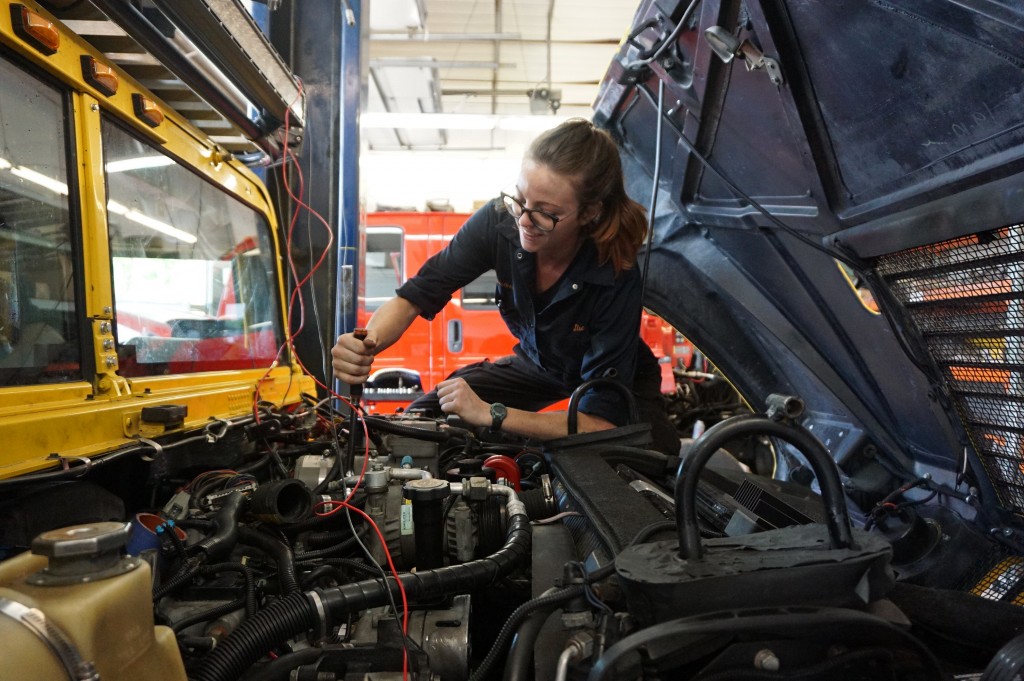 Years of high gas prices have not dented the demand for what one mechanic thinks is the most American of cars: the Hummer. And the burly vehicles designed for combat aren’t something every corner auto shop can fix.

“People that have a vehicle like this, if they take it to a local shop that doesn’t know this kind of vehicle, they often make mistakes,” said Eric Ward, owner of Big Dog Offroad in Golden. “It’s an unusual product, so there’s a learning curve. People like to send them to us rather than a local shop where it can be like a science experiment.”

Big Dog Offroad, which only works on Hummers, doubled its space and moved into a 4,000-square-foot location this month on West Colfax Avenue. 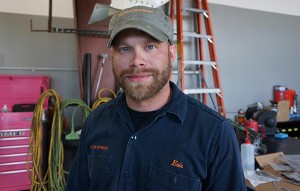 “We needed quite a bit more parking. That was certainly the biggest reason,” Ward said.

Big Dog is one of a handful of Hummer-exclusive shops around the country that repairs and modifies Hummer H1s for show and off-road performance.

“It’s really designed as an off-road vehicle. On-road, they accelerate like a school bus,” Ward said. “But the ground clearance is like nothing else. People modify them just to be more survivable off-road and not break the normal components that will wear out. You can always improve anything.”

It’s a niche market where word-of-mouth is a viable marketing strategy. Ward said his customers hear about him via Hummer forums online and on Facebook.

“We’ve got clients that live in a single-wide trailer and clients that are millionaires,” Ward said. “We have clients who dig ditches and guys who are surgeons and physicists.”

They come from across the country, too – Ward estimates that only 25 or 30 percent of his customers are Colorado locals. The out-of-towners ship their tank-like vehicles to him on trucks.

And Big Dog designs and builds two Hummer custom parts in-house: a modified steering kit and an air-ride suspension system. The company is also working on a kit to convert the standard Hummer engine to a Cummins engine, commonly found in Dodge pickups.

The company also sells used Hummers. Ward has 19 in stock, which he claims is the largest supply of any dealer in the world. 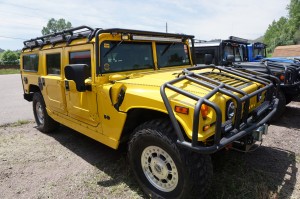 In 2014, Big Dog pulled in $300,000 in revenue, Ward said. This year, he projects a 200 percent increase. In years past, Big Dog had about a week-long waiting list to work on a vehicle. This year, that number has spiked to three weeks.

Ward, 33, bought his first Hummer when he was 19. He started working on the cars as a hobby but eventually found himself under the hood more often.

He moved from Houston to Golden in 2011 and opened Big Dog that same year.

The Hummer was originally built by AM General in 1992 as an offshoot of the military’s High Mobility Multipurpose Wheeled Vehicle (HMMWV or Humvee) redesigned for civilian use. The Hummer was sold from 1992 through 2006.

The car’s appeal comes not only from its off-road performance but also the image it invokes.

“It’s like hot dogs or hamburgers or red, white and blue – it’s one of those iconic vehicles,” Ward said. “No one can say, ‘I need that vehicle.’ It’s like saying, ‘I need a Rolls-Royce.’ Nobody needs that car; they buy it because they want it.”

An auto shop that works exclusively on Hummers is picking up speed, hoping to double its annual revenue in its fourth year with help from a larger garage space.

Congrats to Eric and the crew of Big Dog Offroad! As a Canadian customer (Toronto, Ontario) I’ll tell you that their great reputation travels far and wide. If you’re looking for a great truck at a reasonable price with all the expertise to match, this is the place to go. They build some amazing trucks and are stand up guys to boot!