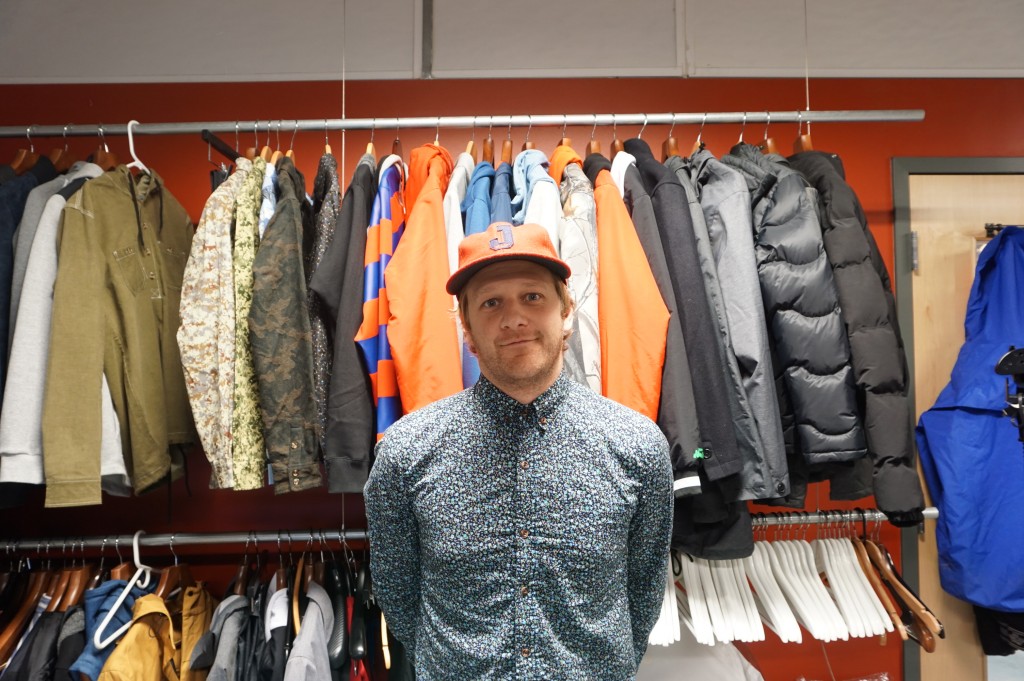 Pete Drago is hoping to relocate his clothing brand this fall. Photos by George Demopoulos.

Denver clothing designer Jiberish is jumping across town to a bigger store and warehouse.

And the company plans to add limited-edition sneakers from six brands in hopes of drawing a more diverse customer base.

The first step: Jiberish wants to double its retail footprint. Founder Pete Drago said he’s moving out of his Platte Street store and finding space in RiNo to open this fall.

“We’ve been there since 2010 and had a lot of good times down there. But we had a three-hour line to get into our warehouse sale last spring,” Drago said. “Our space isn’t large enough for the brand’s current size.”

Drago has narrowed his search down to three buildings clustered around where RiNo meets downtown. He wants to sign a lease soon so he can begin build-out in time to open in October. 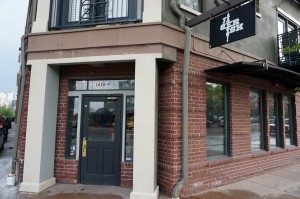 Jiberish’s LoHi shop is only about 550 square feet.

The move will also give the store enough space to stock high-end sneakers.

“This is the type of footwear you can’t get at the mall,” Drago said. “It’s available through some of the premier sneaker boutiques globally. Typically, those accounts are next to impossible to get. You usually have to be on the radar of those companies as a footwear retailer.”

Jiberish will be the only retailer of the high-end sneakers in a 1,000-mile radius, Drago said.

He anticipates the shoes will make up about 20 percent of Jiberish’s revenue next year. Much of that revenue will be made up in spring and summer months where Jiberish traditionally sees a slump in sales.

It’ll also broaden the brand’s customer demographics from males ages 18 to 26 up to 40-year-olds.

“There’s a whole element of guys who are looking for something that’s not available at Foot Locker,” Drago said. “Denver’s a city where you can dress in a casual manner but still look sharp.”

Drago founded Jiberish in 2003 as a passion project. The company’s first production run consisted of 12 sweatshirts and T-shirts and cost $471. The company’s 2008 line saw it explode in popularity, making more the day it was released than the entire previous year.

Drago said the company’s revenue is split evenly between online and offline. It’s a model he calls “click-and-mortar.” The brand stores also act as marketing for visitors who return to Jiberish’s website and make purchases there.

“We’re placing spring 2016 orders now,” Drago said. “Pieces have started to trickle in. We’ll have a slow ramp-up in the fall, and then by spring we’ll be fully operational.”

Pete Drago is hoping to relocate his clothing brand this fall. Photos by George Demopoulos.

Denver clothing designer Jiberish is jumping across town to a bigger store and warehouse. And the company plans to add limited-edition sneakers from six brands in hopes of drawing a more diverse customer base.