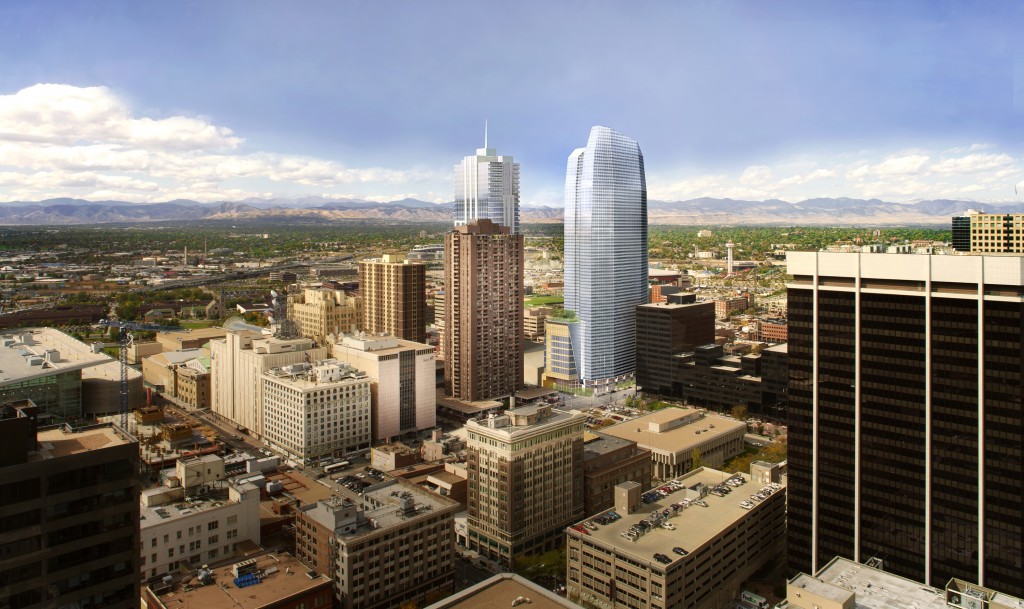 Polish the silver shovels – another tower will soon be breaking ground downtown.

Hines, a Houston-based real estate firm with billions in property around the world, plans to break ground on a 40-story office building at 1144 15th St. on June 9, company spokesman Mark Clegg said Tuesday.

The skyscraper will begin construction just days after 1144 Fifteenth Partners LLC, an entity that shares a mailing address with Hines’ Houston headquarters, bought the land for $17.97 million.

The project site fronts 15th Street and backs up to the Four Seasons hotel, stretching from Arapahoe Street to the southeast and Lawrence Street to the northwest.

The deal closed May 29, city records show. More than $141 million worth of building permits were issued on the tower’s address that same day.

Plans call for 640,000 rentable square feet in a 40-story 617-foot building. It will be the fifth-tallest tower in Denver, according to a summary from architect Pickard Chilton. Hines plans to finish the building in December 2017.

Right now 1144 15th St. is a surface parking lot. Signs posted on-site say the lot has been closed to vehicles since late May, and the area has been marked off with caution tape.

Hines is no stranger to downtown Denver. The company already has 300,000 square feet of office space under construction at 1601 Wewatta St. Hines made its first mark on the Denver skyline in 1983 with the Wells Fargo Center and also developed 1515 Wynkoop in 2009.

After buying a downtown lot for nearly $18 million, a Texas firm plans to kick off construction next week on a 40-story office tower.

This project was already built in Calgary, Canada- almost the exact same shape by the exact same developer and architect. Denver deserves something more creative and original than this.

I totally agree with you, Mike, but maybe this is just the start of renewed interest in building skyscrapers in downtown Denver. I would love to see a signature skyscraper in my home city at least 800 feet before I leave this world!