A disgraced pediatrician has sued Westword for defamation, accusing the alternative weekly of harming his reputation in a June 2014 story about a notorious Denver paramour with a taste for tall tales.

Louis C. Hampers, the former head of pediatrics at Children’s Hospital Colorado, who pleaded guilty in 2011 to writing bogus prescriptions to feed his drug habit, sued Westword last week over the 2014 article about his former fling, Sandy Ebersohl.

Hampers says in the suit that the June 2014 article about Ebersohl repeated claims about him that she made up years before, harming his reputation.

Ebersohl was a key source in a 2010 Westword exposé about Hampers that focused on his erratic behavior toward the women he dated. The story was later taken offline after the magazine began to doubt Ebersohl’s credibility.

Hampers, who is represented by the law firm Sherman & Howard, asks in the case for Westword to take down sections of the 2014 story and for monetary damages.

Hampers had until June 18 to file a complaint about the most recent Westword article, according to Colorado statute. 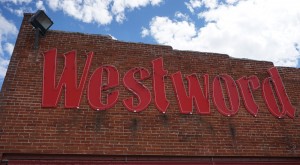 Sherman & Howard did not respond to several calls and emails seeking comment.

According to the suit:
“The June 2014 article, both the printed and online versions, not only described the defamatory June 2010 article, but actually repeated some of the defamatory statements, including the accusation Dr. Hampers stole Ebersohl’s seizure medication, damaged her property, and offered Ebersohl $2,000 to lie for him as a witness at a court proceeding.”

In 2011, Hampers pleaded guilty to 14 of 641 counts of filling false prescriptions for painkillers and other drugs over a three-year period by using fake names and fake prescriptions. He was sentenced to five years of probation, lost his license to practice medicine and was fired from his post as the head of Children’s Hospital Colorado’s emergency room.

He told investigators at the time that he took about 19,000 pills.

Hampers, who attended the University of Pennsylvania for medical school and for an MBA, was also involved in a civil lawsuit in 2011 when then-9News reporter Deborah Sherman sued him for defamation and inflicting emotional distress. Sherman alleged that Hampers harassed her after she refused to go on a second date with him. That case was settled out of court.

I am all in with Patty.