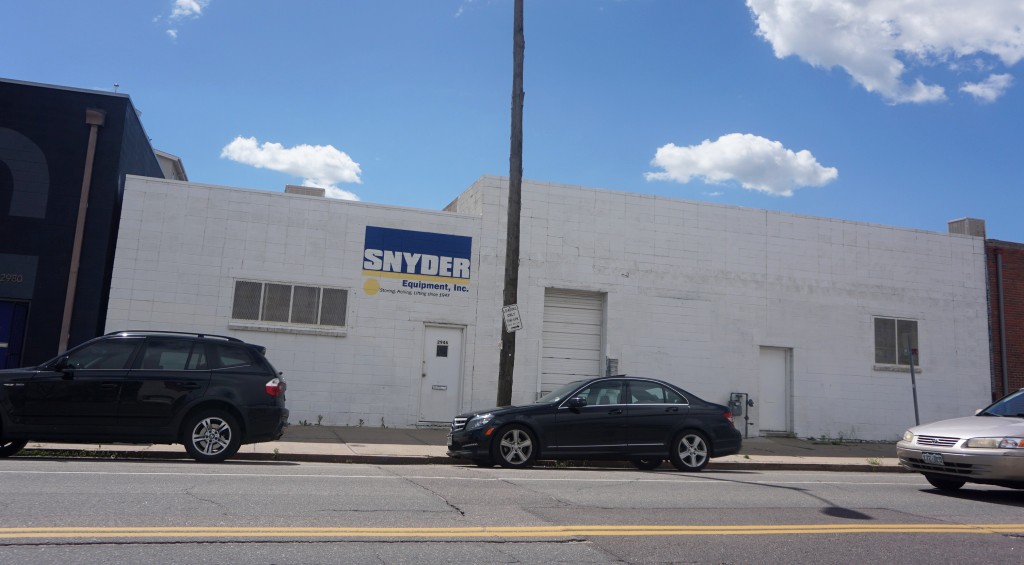 A local brokerage will take over a warehouse space in RiNo. Photos by Burl Rolett.

After showing enough clients around RiNo in recent years, Stuart Zall was sold.

It’s a central location Zall said will help with recruiting and put the leasing firm closer to the bulk of its business.

“We’ve been looking everywhere from Cherry Creek to the Highlands and really like RiNo because of everything going on there; it’s a little bit of a Wild West,” Zall said. “And we do so much work in those neighborhoods – we felt if we’re going to talk the talk, we’re going to walk the walk.”

Zall Co. will lease the RiNo structure back to previous owner Snyder Equipment Inc. for another six months. Renovations will start at the end of the year. And Zall said he plans on moving in next April.

The new Zall Co. office will take up about 2,100 square feet, and the company is vacating about the same footprint at 4725 S. Monaco St. in the DTC.

It will be the first time the company has relocated in 15 years, Zall said, except for a quick move from the suite across the hall about eight years ago.

Zall Co. plans to lease out the remaining 4,000 square feet on Larimer Street. The space could be split up between two tenants, but Zall said it would work better as one office.

“There’s now a shortage of space for people in RiNo if they need some sort of quasi-office industrial space,” Zall said. “We’ve quietly been marketing it the last probably three months, and got everything from design studios to bike manufacturers to collaborative space (interested).”

Snyder Equipment had owned the Larimer Street space since the company launched in 1947. Snyder head Dick Snyder said the company is looking for space now but has yet to settle on a new location for the business.

Zall Co. makes at least a second firm defecting to a RiNo rehab project. Law firm Rathod Mohamedbhai ditched a downtown space for The Laundry on Lawrence near the end of 2014.

“We’re going from an A- office building to something a little more gritty,” Zall said. “All the restaurants, shops in the neighborhood just make this a more attractive place to work. The Tech Center, though it’s starting to change a bit, is pretty sterile.”

A local brokerage will take over a warehouse space in RiNo. Photos by Burl Rolett.

After selling clients on the growing neighborhood, a real estate firm has decided to grab its own warehouse space in RiNo.