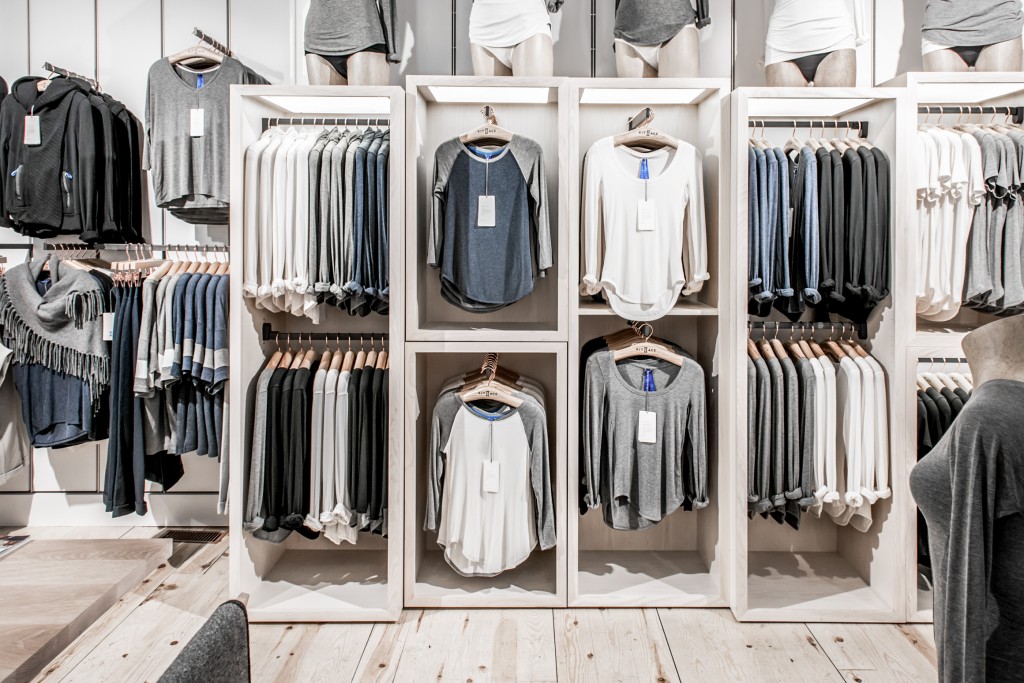 Kit and Ace – pictured at the Toronto location – is bringing its high-end brand to Denver. Photos courtesy of Kit and Ace.

Kit and Ace, a new retail concept started by the wife and son of Lululemon founder Chip Wilson, is trying RiNo on for size.

The Vancouver-based apparel startup, which peddles pricey clothing of a material it calls “technical cashmere,” has leased 1,400 square feet at 2621 Larimer St. with plans to open up a new store June 26. Company spokeswoman Andrea Mestrovic said the company liked the RiNo storefront for its location in a hub of creative-type businesses.

“Denver is unique and cool for us because we do have this creative-class component that we not only engage with, but also that we include in the build-out of our shops,” Mestrovic said. “We feel like in Denver that market is there, and as a result, we feel our product will resonate.”

Kit and Ace sells high-dollar casual wear for both men and women – T-shirts start at about $80.

Unlike Lululemon, the yoga-wear brand that takes up shop in Cherry Creek, Kit and Ace isn’t intended for workouts. Instead, the nascent brand sells more everyday apparel, Mestrovic said, that a wearer might sport to work, through meetings and then out for drinks later in the evening. 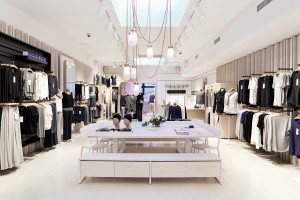 Kit and Ace has stores across Canada and the U.S. and plans for a large-scale expansion.

“It’s not for sweating. It’s not performance wear. But it’s the type of product that keeps up with you throughout the whole day,” Mestrovic said.

The company has its sights set on rapid expansion, and Mestrovic said Kit and Ace plans to open between 30 and 50 stores globally this year. Most of those will be smaller studio stores like the one that will open in RiNo.

So far, Kit and Ace has seven open locations, with more to come this year, including in San Jose, Minneapolis and D.C. Mestrovic said normal course of business is to open a smaller store to test a new market and launch a larger store if it performs well.

Stuart Zall and Kyle Framson of The Zall Co. handled the lease for Kit and Ace. It’s the second new-to-Denver retailer Zall Co. has signed recently, following a lease for Uniqlo at Denver Pavilions that was announced earlier this month.

“They really want to be with this creative white collar-esque crowd,” Framson said of Kit and Ace. “And you have the Green Spaces right there, all the architecture firms, the Laundry on Lawrence – it just fits well in the area.”

Unlike most retailers taking the plunge into Denver, Zall said Kit and Ace was willing to set up near its clients in River North. 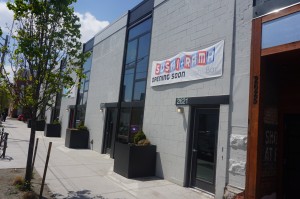 Kit and Ace will move into a new development at 2601 Larimer St. Photo by Burl Rolett.

“We’ve worked with other retailers who will tell us their customers live in RiNo, the Highlands or Wash Park, but there’s no critical mass for shopping, so they end up going to Cherry Creek,” Zall said. “Kit and Ace is really pioneering because they’re one of the first national soft-good apparels in RiNo.”

The building Kit and Ace is moving into is a mixed-use project owned by developers Ken Wolf, Brad Fentress and Ari Stutz. Tenants at the building at 26th and Larimer so far include a sushi restaurant and a nail salon. A pair of restaurant spaces and about 2,800 square feet of office space are still available.

The owners redeveloped several buildings in the RiNo area, Stutz said, and hope pulling a tenant of Kit and Ace’s caliber will encourage more retailers to move to the neighborhood.

“Most areas in Denver start out with a little neighborhood or a commercial strip,” Stutz said. “This area never really had one. It’s just a bunch of industrial buildings. It’s kind of fun for us, because what we’re trying to do is create a little central core for the neighborhood.”

Kit and Ace – pictured at the Toronto location – is bringing its high-end brand to Denver. Photos courtesy of Kit and Ace.

A high-end clothing brand, launched by family of Lululemon's founder, is planting a flag in Denver along its rapid expansion path. And instead of joining its booming sister company and other national apparel brands in Cherry Creek, the store is settling in up-and-coming RiNo.