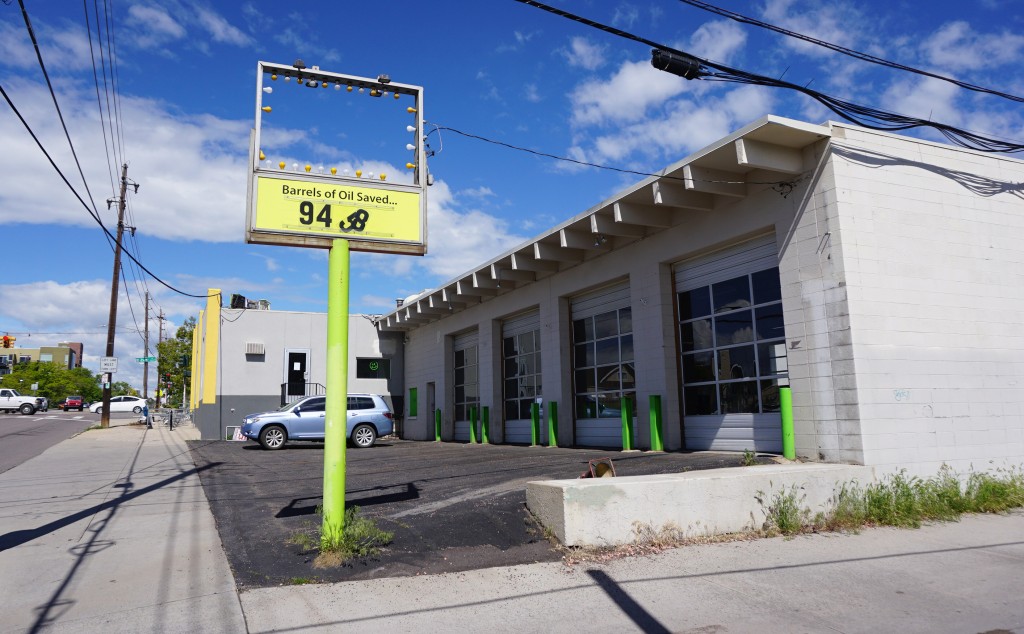 A Boulder-based auto shop with national aspirations and millions in venture capital has shuttered its Highlands garage.

The Green Garage closed its Denver location at 2900 Zuni St. last week. And the company shut down its Boulder location in March, according to a report in the Daily Camera.

The four-bay garage has been closed since last week. It had occupied the building for three years, according to a neighbor.

“We are sorry to report that Green Garage is no longer in business at 2900 Zuni Street,” reads a note posted on Green Garage’s office dated May 21 and signed by the building’s management.

A truck branded with Green Garage logos and touting mobile servicing was parked behind the building.

Green Garage was founded in 2009 and raised $4.6 million in capital, according to SEC filings for parent company Primoris. The company promoted eco-friendly parts and worked to improve vehicles’ fuel efficiency. The company also had its eyes set on national expansion, according to the Daily Camera.

Green Garage has vacated its Highlands…

The idea was interesting, but for Denver any retail business with the word Green in the name has become synonymous with marijuana, which probably did not help their case. I’m sure in a month it will be a restaurant !

“The company promoted eco-friendly parts and worked to improve vehicles’ fuel efficiency.”
Seriously?!
What are eco-friendly auto parts? And, who would want them? The most important features for parts are: works as the manufacturer intended and last forever.
How does one improve efficiency when every car today is computer controlled. And, manufacturers design for efficiency. The only viable after market is for “tuners” which are not focused on god gas mileage.