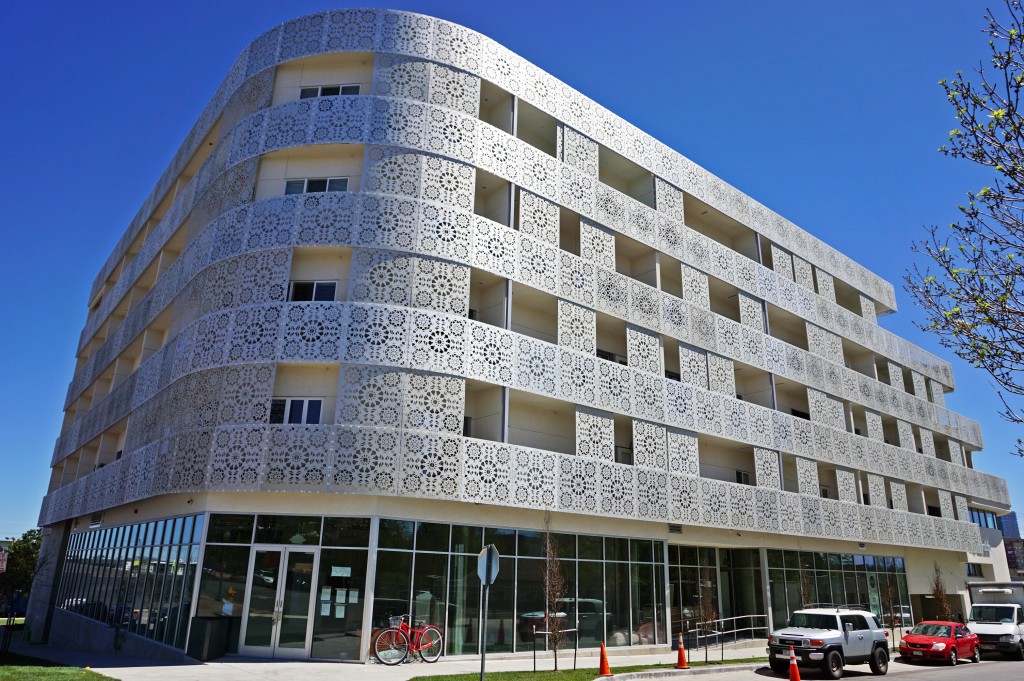 Furniture merchant Mod Livin’ is setting up a pop-up showroom in the first floor of the Lumina lofts at 32nd and Navajo in May to help increase awareness for the business.

“This is going to be one of what we hope will be three pop-ups in 2015,” said Amanda Lezan, manager of Mod Livin’s brick-and-mortar store on Colfax Avenue. Lezan will also manage the Lumina pop-up showroom.

“We’re essentially doubling our inventory for this project,” she said. “The whole struggle for us has been were to stash that inventory, get it assembled and get it on the floor.”

The temporary showroom is scheduled to open on May 15 to coincide with fellow tenant Base Coat salon. The 1,300-square-foot pop-up will operate until June 26.

Lezan said that the showroom will include about 100 pieces of furniture from manufacturers like Minneapolis-based Blu Dot, Toronto designer Gus Modern, and L.A.’s Modernica.

The owners of TreeHouse Brokerage and Development, the company that designed Lumina, are frequent customers at Mod Livin’. Lezan, who lives blocks away from the building, contacted TreeHouse partners Jonathan Alpert and Clem Rinehart about opening the show.

“They’re good friends of ours,” Rinehart said. “We’ve got a vacant space there. It’s a mutually beneficial thing to do. We’d love for them to pop in there for a couple weeks.”

Mod Livin’ has opened one pop-up location before, at the Taxi apartment complex in 2007. The furniture store was founded in 2001.

A furniture shop is popping into a new LoHi apartment development, its first of three planned pop-up shows for the year.

Having seen the store and its beautiful treasures, I am sure Lezan and companywill be a great success!