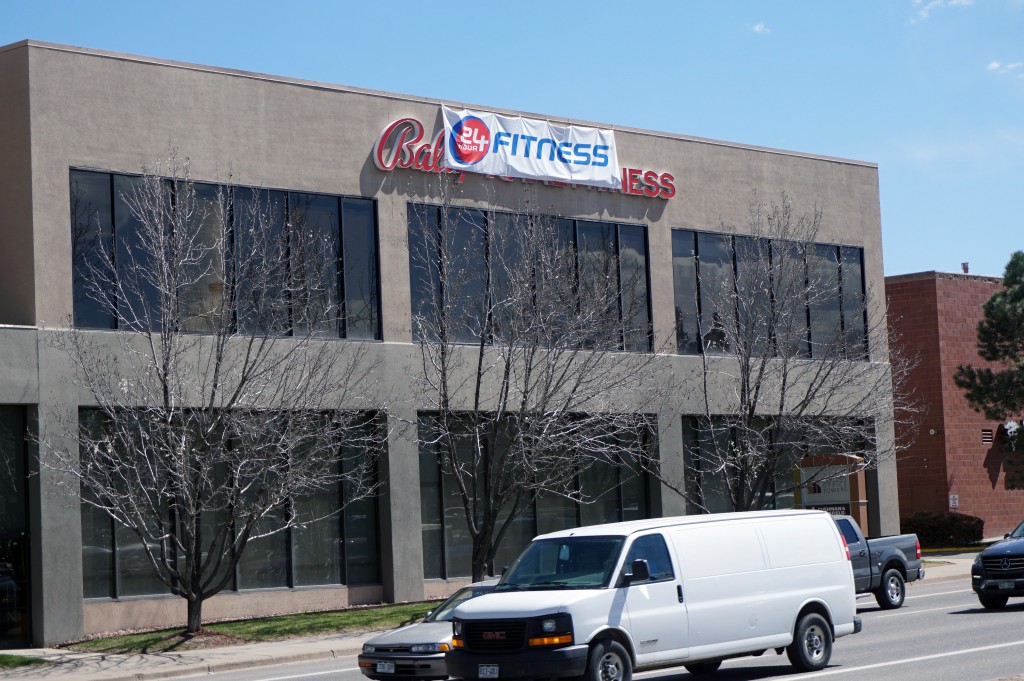 The seven Bally Total Fitness gyms around Denver are being rebranded as 24 Hour Fitness gyms after an acquisition that closed in December.

Ownership and operation of the clubs changed immediately, while rebranding continues to take place.

Bally, which has been operating gyms since the 1980s, hit its peak in the mid-2000s, when it operated more than 400 fitness clubs, according to the SEC. It sold the majority of its assets to pay off creditors during two bankruptcies in 2007 and 2008. The chain now operates only three locations in Manhattan.

24 Hour Fitness declined to comment when reached by phone.

After taking over a handful of area gyms from their struggling operator, a 24-hour fitness company is rebranding its purchases.

24 hour has taken over about 40% of the long term mismanaged Bally operation. LA Fitness also too a batch a few years ago. There have been some rough spots in the transition, especially regarding Bally members with “all club access.” Without fanfare, 24 Hour made available upgrades at reduced rates. A few dollars more than I thought correct but not grossly out of line. Need to give them time to refurbish the Bally locations, but the 24 Hour locations I’ve observed have all been well run.