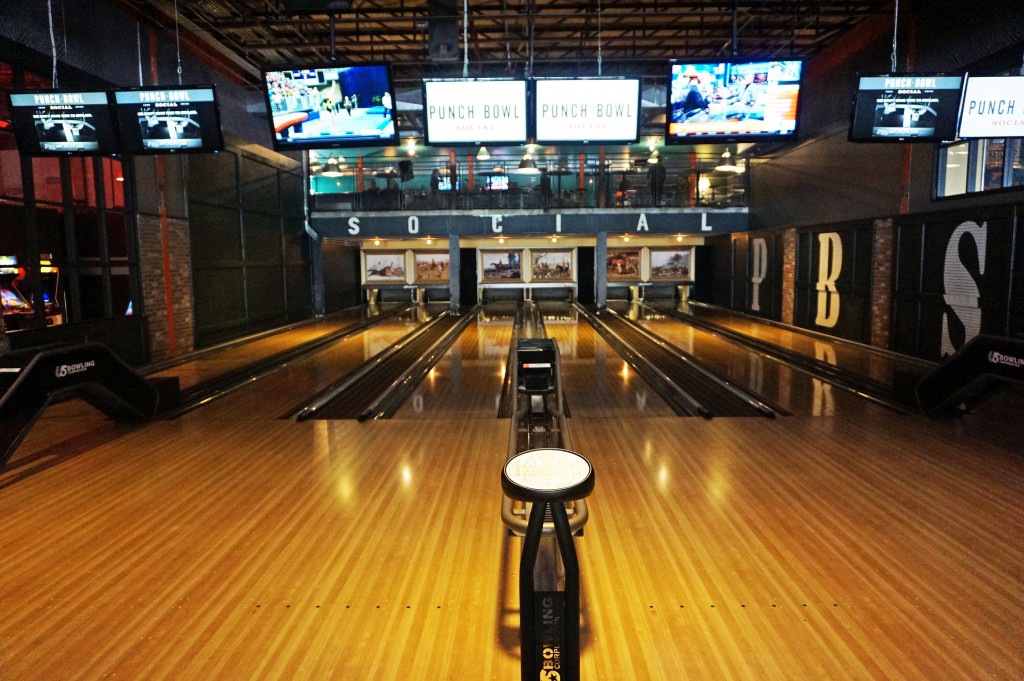 Punch Bowl Social is expanding its games, restaurant and bar concept across the country. Photos by George Demopoulos.

The Denver company that took bowling and arcade games upmarket is on a roll.

Punch Bowl Social plans to open two new locations this year and another five next year, including a second spot in Denver and possibly another in Chicago.

Seasoned Development, the company behind Punch Bowl Social, said it hopes to have a location opened in downtown Cleveland by the end of June. And a spot in Chicago’s Wicker Park neighborhood is set to open by the end of 2015.

The two new locations will bring the total number of Punch Bowl Socials to six since the concept rolled into Denver in 2012; the other open locations are in Portland, Austin and Detroit. 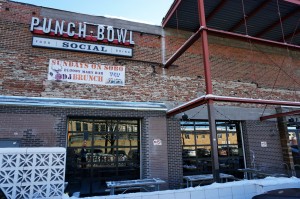 “We’re gearing up for it now,” said Robert Thompson, the 43-year-old CEO of Seasoned Development. “We are increasing our human infrastructure in 2015 to be able to successfully manage our 2016 schedule.”

“We’re getting close to a location in western Chicago as well,” he said.

The design of the Cleveland and Chicago locations will adhere to the Punch Bowl Social concept: to add games and entertainment to a refined atmosphere. The massive floor plans include a cocktail bar, bowling alley, ping-pong tables, private karaoke rooms and a restaurant.

Seasoned Development plans for the Chicago location to be a 27,000-square-foot, four-story rehabilitation of an older structure. The first floor will house the restaurant, with the second and third floors reserved for bar space and games.

The project will cost about $6 million and will be financed by a group of private investors.

The opening has been delayed as the city of Chicago reviews Punch Bowl Social’s request to rezone the property.

Thompson said they are still shooting to open by the end of this year. 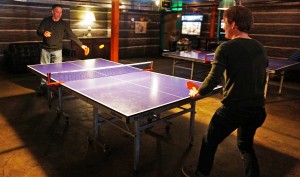 “We really like Chicago as a market,” Thompson said. “We think given the opportunity, we’d like to open more around there.”

The Cleveland Punch Bowl Social is a smaller investment for Seasoned Development.

“Between the landlord and the space, we’re looking at approximately $5 million,” Thompson said.

The building’s interior will be 24,000 square feet, the same size as Punch Bowl’s Denver restaurant. Additionally, there will be a 4,000-square-foot rooftop patio.

Denver-based Oz Architecture designed both new projects and worked on the existing locations in Austin and Detroit.

“They’re all very different, and they’re all adapted for use,” Oz Managing Partner Rebecca Stone said. “They take an existing building and use parts of it creatively. Robert (Thompson) gives us a lot of creative license but keeps the big picture in mind.”

And while Thompson is pushing into the Midwest, he’s still bullish on a second Denver location.

“At the very last minute, the owner of the property had the opportunity to sell the land to an alternative user at a price we couldn’t match,” Thompson said.

BusinessDen first reported in January that the owner of Elitch Lanes is moving his business to Arvada.

Punch Bowl Social is expanding its games, restaurant and bar concept across the country. Photos by George Demopoulos.

Punch Bowl Social plans to open two new locations this year and another five next year, including a second spot in Denver and possibly a second spot in Chicago. And it recently had to pass on a second location at a Sunnyside bowling alley.