A downtown bowling alley is relocating about six miles from its current location. Photo by Burl Rolett.

A Tennyson Street icon has found itself a new home six miles away.

Elitch Lanes will close in May as its landlord prepares to sell the building.

But owner Cal Eichinger will take his concept – and its name – to the suburbs. He’s towing Elitch Lanes’ scoreboard screens, sound systems and signage over to Western Bowl in Arvada.

Eichinger and longtime partner Chris Heglin will take over management duties at Western Bowl in March after striking a deal with the alley’s owner, Colorado Hospitality Services Inc.

The pair plans to rebrand it as a new Elitch Lanes scheduled to launch around the time the Tennyson Street lease expires on May 17.

Eichinger contacted the company as word come out that Elitch Lanes would have its building sold out from under it.

After 40 years in the bowling business, Eichinger said he didn’t want to retire but also had no interest in owning another bowling alley or taking on a consulting gig that would require travel to alleys outside the Denver area.

“I’ve built bowling alleys and I’ve owned them,” he said. “I don’t want to build again, it would cost too much money … this management contract, it makes sense.” 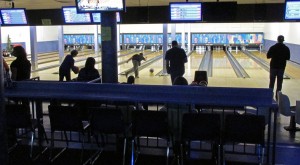 He said he’s looking for at least one more management contract to head up a second Denver bowling alley.

Eichinger would not say which alleys he has an eye on or when he hopes to seal another contract.

Eichinger estimated that Elitch Lanes might host about 1,400 bowling games on a typical Saturday with leagues crowding the lanes throughout the week.

Some of the Elitch Lanes crowd simply won’t be willing to make the drive to Arvada, Eichinger said, but he’s expecting more than half of his current clientele will make the six-mile drive northwest to keep rolling at Elitch.

He said feels sorry for the senior citizens who bowled at Elitch, some of whom Eichinger said have been there decades longer than he has, even bowling as far back as the alley’s opening in 1952.

Turning Western Bowl into Elitch Lanes won’t take much, Eichinger said. It’ll mostly involve trucking seating, bars, television monitors and other fixtures over to Western Bowl, and the Arvada alley will stay open throughout the conversion.

The current Elitch Lanes building is owned by Littleton Capital Partners, which bought the property in a pair of 2009 real estate deals for a combined $1.5 million. Little Capital Partners Principal Jonathan Bush confirmed that the land is under contract to be sold but declined any further comment.

Should the building’s next owner have redevelopment in mind, current zoning would allow a commercial building up to five stories tall.

The site would host the latest of several new construction and adaptive reuse projects on the seven-block stretch north from 38th Avenue along Tennyson Street. The pipeline includes new townhomes as well as renovation projects for retail and restaurant tenants.

A downtown bowling alley is relocating about six miles from its current location. Photo by Burl Rolett.

A long-standing bowling alley property is being sold, and the businesses owner is relocating his brand to another set of lanes.