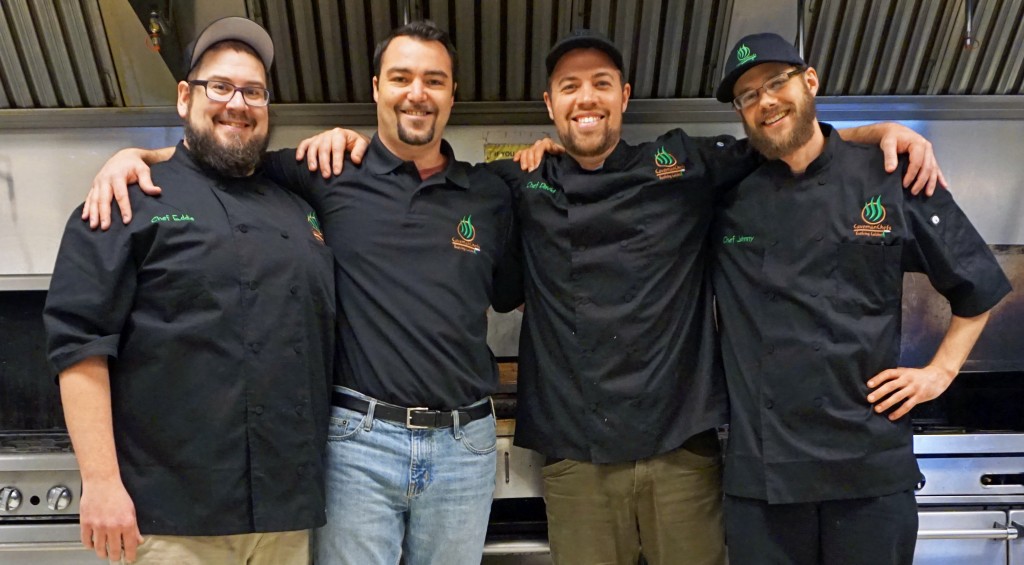 After narrowly avoiding extinction last summer, a Denver food delivery company with a focus on the popular “paleo diet” has roared back to life.

But instead of accepting defeat, Caveman chefs David Kenney and Eddie Coulonbe took on the mammoth task of completing their clients’ orders anyway.

“We only missed one delivery,” Kenney said.

“It’s all the same guys as before,” Kenney said.

Caveman Chefs has expanded upon the services offered by Caveman Cafeteria. The majority of the company’s revenue comes from a meal plan of delivered, pre-cooked meals.

The paleo diet, which is limited to foods presumed to have been eaten by early humans, consists mostly of meat, fish, vegetables and fruit and excludes dairy or grain products and processed food. 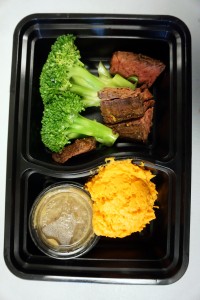 The paleo diet was first proposed in 1975 but didn’t gain popularity until the 1990s. In 2013, “The Paleo Diet” was Google’s most-searched weight loss method.

Using two company vans, Caveman Chefs delivers six to 10 meals per week to designated locations around Denver for clients to pick up. The price for meal plans ranges from $300 to $1,120 per month.

“Out of 15 pickup locations, around 11 are CrossFit gyms,” said Kenney, who cites CrossFit athletes as Caveman Chef’s target market.

“There’s been a lot of interest in California and some in Idaho,” Kenney said.

Caveman Chefs, which isn’t the only Paleo Diet meal delivery service in Denver, has expanded the menu to cater to the dietary needs of individual clients. Some clients, for example, cannot eat certain types of vegetables because of medical conditions.

About half of Caveman Cafeteria’s client base has special food requirements.

The demand for finicky diets was so high that Kenney hired a company to design software that tracks individual clients’ dietary restrictions.

And this month, the company released a series of paleo-friendly sauces: Sriracha and Chipotle BBQ. 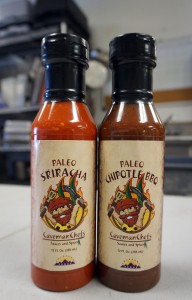 Caveman Chefs’ has started a line of sauces.

Friends and family are the only buyers of sauce for now, but Kenney hopes to sell to boutique stores like Vitamin Cottage.

Both the catering and sauce services are still in their infancy.

“About 90 percent of our business comes from meal plan delivery,” Kenney said.

“We could do it tomorrow, but we need to focus on what we’re doing now,” Kenney said. “We all work 9 to 5 right now. We want to figure out how to live in the food industry and lead a normal life.”

After narrowly avoiding extinction last summer, a Denver food delivery company with a focus on the popular “paleo diet" has roared back to life.

Wow guys I love it… every set back is the set up for the Comeback. Happy for your focus on your dreams and the ability to not let them die! Excited to see your company grow even healthier in the future, there isn’t a more deserving group of gentlemen.

Thanks for the positive mojo Mr. Percy. Great hearing from you.