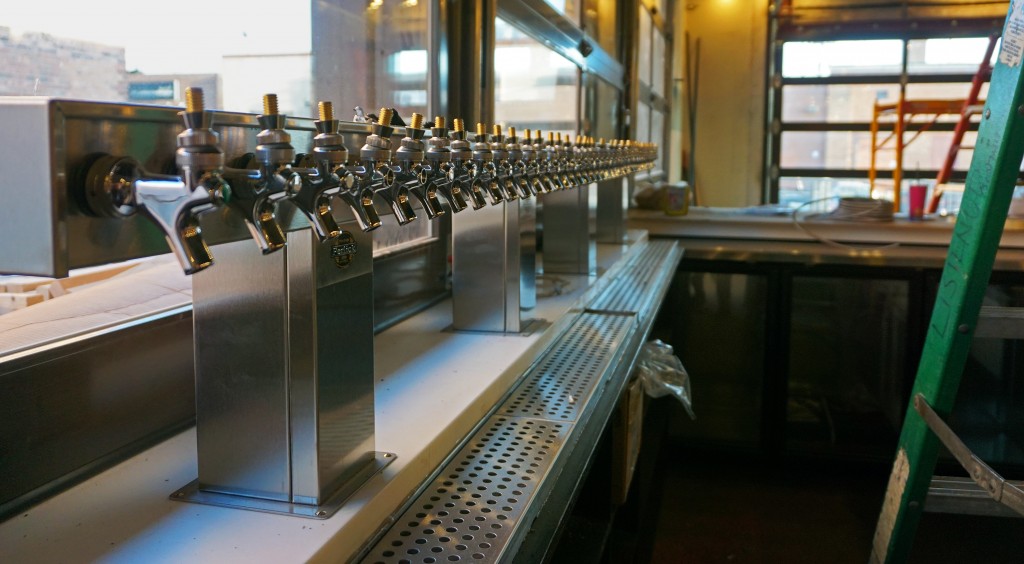 A new Park Burger with an extensive beer menu is setting up in RiNo. Photos by George Demopoulos.

A new Park Burger restaurant will open next week as part of an explosion of new restaurants by the chain’s owner. And the burger chain is also franchising into the Middle East.

Park Burger RiNo will be the third restaurant Park Burger Founder Jean-Philippe Failyau has opened since the beginning of 2014. Failyau unveiled Park Burger Hilltop in May. And his pizza joint Homegrown Tap & Dough launched in July.

“We’re catering to the demographics of the RiNo neighborhood,” said TJ McReynolds, manager of the new Park Burger. “Most residents are young professionals, so we’re trying to create an atmosphere that appeals to them.”

The other three Park Burger locations, in Platte Park, the Highlands and Hilltop, cater more to families with children. 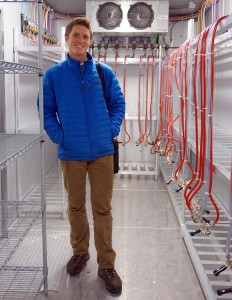 McReynolds anticipates one of the restaurant’s major draws to be its 40-tap bar, which will feature rotating beers from Colorado and the West Coast. Between 10 and 20 taps will be for small-batch beers specifically allocated to the RiNo location by local distributors. Park Burger’s Director of Operations, Peter Newlin, designed the floor plan.

Although RiNo has no shortage of breweries, McReynolds doesn’t see them as competition.

The new location will also feature a $70,000 entertainment system including 13 TVs and a sound system designed by Denver-based audio engineers ListenUp. Park Burger RiNo also secured a cabaret license, making it the only restaurant out of the burger chain’s locations to feature live music.

Park Burger hired McReynolds in November of 2014 to spearhead the RiNo location’s opening. The son of a restaurateur, McReynolds worked from 2009 to 2011 at the Larkspur in Vail Village and at Zach’s Cabin in Beaver Creek. He moved to Denver in 2011 to work as Dazzle Restaurant and Lounge’s assistant music director before being hired as the general manager of Marg’s Taco Bistro in 2013.

Aside from the RiNo location, there are plans to open a Park Burger in Kuwait in 2015. Kuwaiti students attending the University of Denver became regulars at Park Burger’s Pearl Street location and met Failyau there. After graduating, they decided to bring the restaurant concept back home with them as franchisees.

A new Park Burger with an extensive beer menu is setting up in RiNo. Photos by George Demopoulos.

A new Park Burger restaurant will open next week as part of an explosion of new restaurants by the chain’s owner. And the burger chain is also franchising into the Middle East.

Damn! I was hoping they were bringing Middle Eastern food to Denver. Yeah, I know we have some, but you can never have too much!

Amen BL, I also love the Mediterranean Food! The more the merrier!