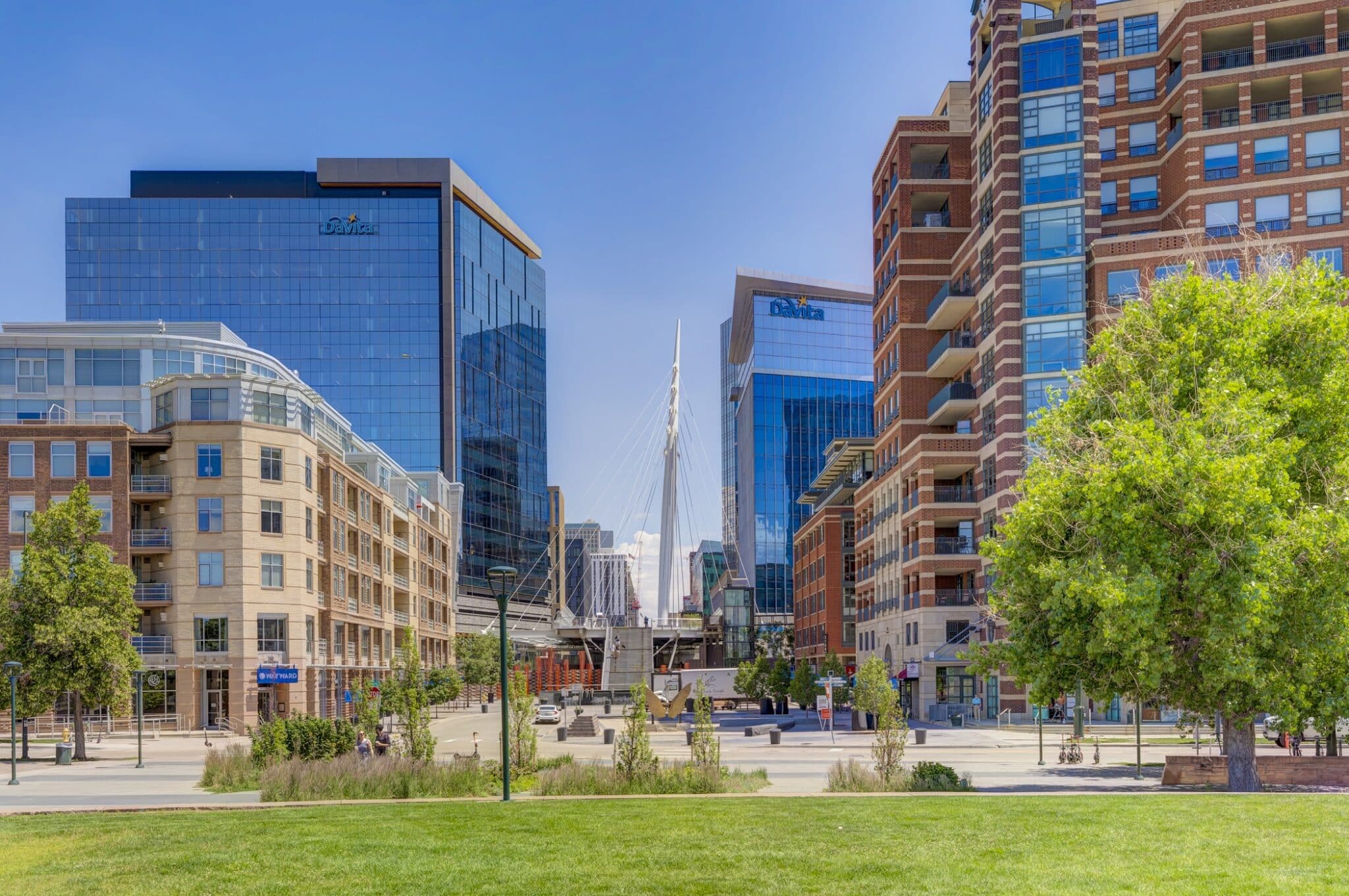 The retail space is in three buildings at the base of the Millennium Bridge. (Cushman & Wakefield)

All of the retail space in the Riverfront Park neighborhood has sold.

The 31,898 square feet situated on the ground floor of three different condominium buildings, formally known as The Shops at Riverfront Park, sold last month for $11.8 million, according to Cushman & Wakefield.

The retail space is located at the base of the Millennium Bridge, on the walk from Union Station to LoHi. The three condo buildings — Riverfront Tower, Park Place Lofts and Promenade Lofts — were built in 2001 and 2002 by the development firm East West Partners, which has offices in Denver and Vail.

Tenants include Espire Dental, Hwaro Premium Sushi Bar and the coffee shop and cocktail bar Hello Darling. Kum & Go closed its convenience store at the site last month after about a year and a half.

The property was sold by an affiliate of Denver-based Hampton Partners, which bought it from East West Partners for $10.45 million in December 2013, records show. Hampton’s other local retail holdings include Argonaut Wine & Liquor’s building along Colfax Avenue and the Natural Grocers property a block away, according to the company’s website.

“Riverfront is a wonderful community that supports well executed retail offerings,” Robinson said in an email. “This project transformed over time from a destination restaurant location to more of a neighborhood service center as density increased in the area.”

Cushman & Wakefield’s Jon Hendrickson, Aaron Johnson and Mitch Veremeychik represented the seller. Hendrickson said the space is 85 percent leased. That figure counts Kum & Go, which still has an active lease for the space where it ceased operating.

Hendrickson said the property is essentially “an unanchored in-line neighborhood shopping center” like you’d find throughout Denver, with a tenant mix catering to surrounding residences. Because it’s in Riverfront Park, however, those residences are stacked atop the retail instead of next to it.

Hendrickson, who was also involved in the sale a decade ago, noted that the Union Station neighborhood just across the bridge wasn’t nearly as built out the last time the property sold.

“They had quite a bit of change with respect to the competitive landscape,” he said of the seller.

“They brought it to a point of stability,” he said.

The property was purchased by SV Springs Real Estate LLC, records show. That entity was formed by Srinivas Cheela, listing an Aurora address. Reached Wednesday, Cheela said he didn’t have time to talk about the purchase.

The retail space is in three buildings at the base of the Millennium Bridge. (Cushman & Wakefield)

The space, which last sold in 2013, is located on the ground floor of three buildings at the base of the Millennium Bridge.