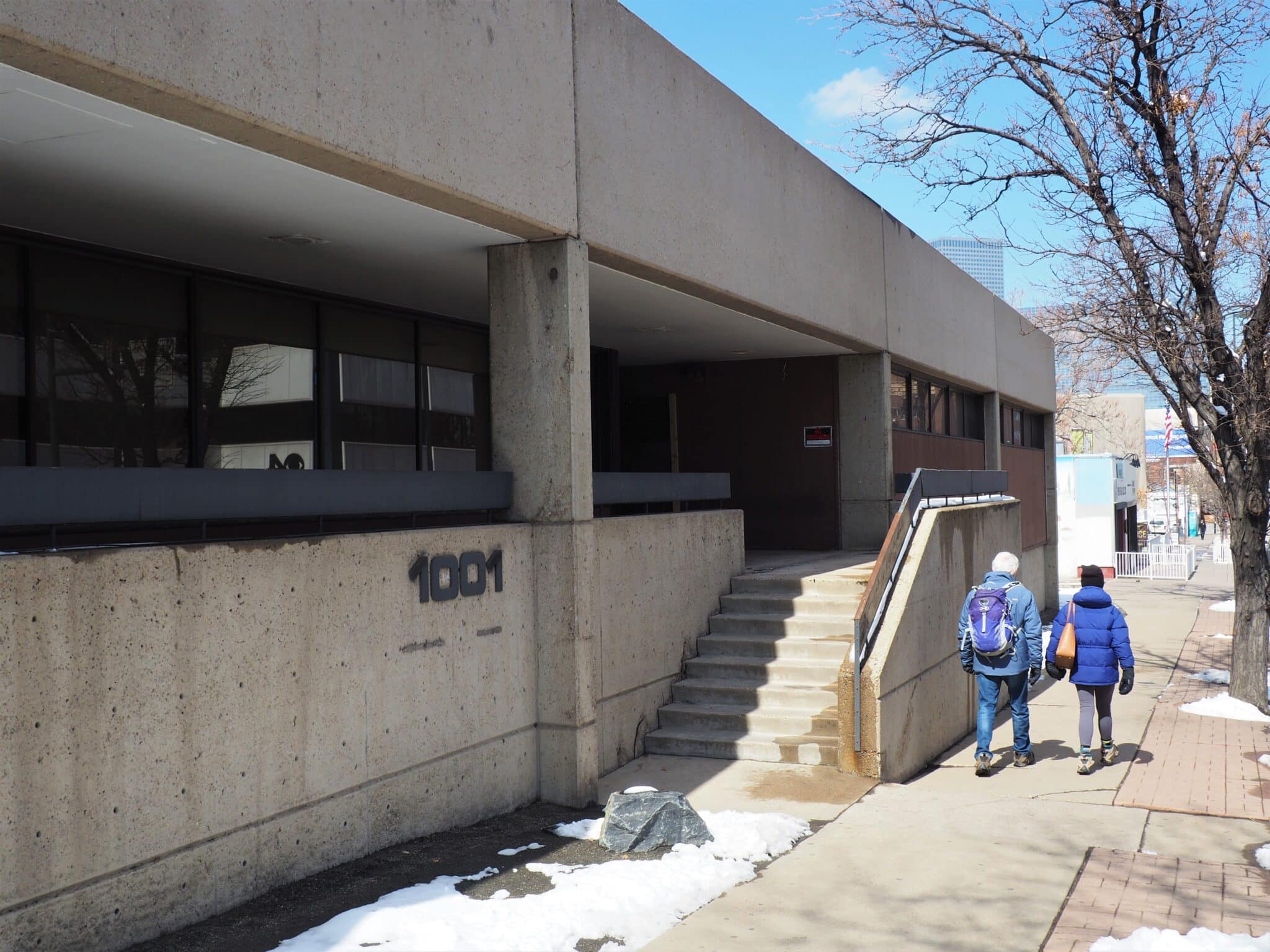 The office building at 1001 Lincoln St. has been used only sporadically in recent years. (BusinessDen file photo)

A brutalist office building along Lincoln Street that has been used sporadically in recent years has changed hands.

Denver-based Gart Properties, the real estate firm that grew out of a sporting goods chain, sold the 1001 Lincoln St. building earlier this week for $4.5 million, according to public records. The 18,500-square-foot structure sits on a 0.53-acre lot.

The buyer was Kentro Group, a Denver-based development firm. A Kentro representative said the company is still determining its plans for the property.

The Gart family purchased the property for $787,500 in 1992, records show. At that time, there was still a Gart Bros. Sporting Goods store just behind the building in the Sports Castle at 1000 Broadway. The retail chain was later purchased by Sports Authority, which shuttered in 2016.

Evan Gart, vice president of operations for Gart Properties, told BusinessDen in March that the Lincoln Street building once housed the headquarters of Gart Bros., and was a parole office for a time until about five years ago. Since then, the space has primarily been leased on a short-term basis.

The 1001 Lincoln property was previously under contract to be sold to Chicago-based developer Laramar Group, which submitted plans in March for a 16-story project at the site. A Laramar executive didn’t respond to a request for comment this week.

The Garts once owned the majority of the block the building is on. In 2021, however, the family sold the Sports Castle building to a partnership led by Hyder Construction executive chairman Tom McLagan, and the land north of that to Austin-based apartment developer Cypress Real Estate Advisors.

Gart’s other holdings include the Denver Pavilions mall downtown. Earlier this year, the company struck a two-part deal in Cherry Creek, selling a redevelopment site to Matt Joblon’s BMC Investments for $30.8 million and then turning around and buying a new office building that BMC had recently completed.

Kentro, meanwhile, recently struck a deal with King Soopers. The grocer will lease a new retail building that Kentro will build at the former CDOT headquarters site along Colorado Boulevard.

The office building at 1001 Lincoln St. has been used only sporadically in recent years. (BusinessDen file photo)

A Chicago developer had previously proposed a 16-story apartment project at the site.