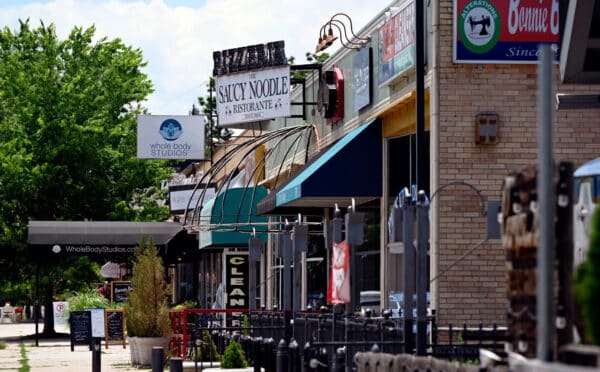 Eight residents of Bonnie Brae have sued the city in a last-ditch attempt to stop the neighborhood’s first cannabis dispensary from opening.

The seven men and one woman all live within five blocks of 2331 E. Ohio Ave., the proposed future home of a Silver Stem Fine Cannabis location. Their lawsuit, filed Monday in Denver District Court, names Silver Stem, the city and the city’s licensing director as defendants.

“Silver Stem believes both the recommended decision and the final decision were issued correctly,” Lynea Hansen, a spokeswoman for the cannabis company, said in an email Wednesday. “We are aware of the filing and are reviewing its merits.”

The city declined to comment on the lawsuit because it is a pending legal case.

In March, Silver Stem asked the Department of Excise and Licenses to let it transfer one of its existing retail and medical licenses to the Bonnie Brae location. Public hearings were held over two days in June, after which a hearing officer recommended the executive director approve the application. On Nov. 7, it was approved.

The eight suing residents, all of whom testified at the public hearings, take issue with those summer hearings and Director Molly Duplechian’s approval last month.

The plaintiffs claim the hearing officer used an “erroneous” legal standard in deciding whether the shop was right for Bonnie Brae and allowed testimony using that standard.

Meanwhile, Duplechian declined to consider 131 emails, 123 of which were in opposition to the store, because they were filed too late, according to her November decision. The residents believe she was wrong to do so and that her decision ignored “the overwhelming objection to the application among neighborhood residents and parties in interest.”

The residents are asking Judge Christopher Baumann to overturn Duplechian’s decision and order that a new public hearing be held on Silver Stem’s application.

They are represented by attorney Robert Burk with the Centennial law firm Burk & Burk.