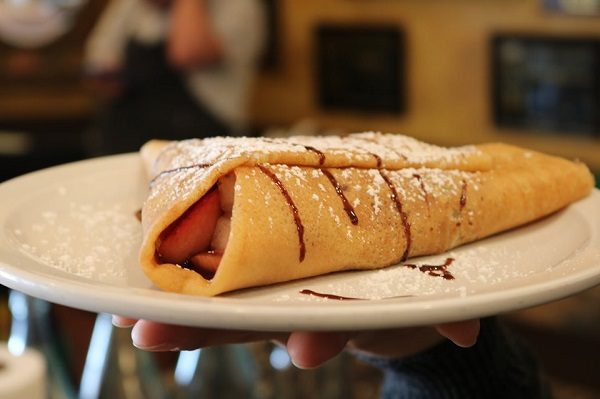 Crepes ‘n Crepes has said au revoir to its Cherry Creek home for nearly two decades, although its owner says it will reopen elsewhere in the neighborhood.

The creperie moved out of the building at 2816 E. 3rd Ave. in recent days, and “For Lease” signs have been hung up.

Ellina Veratti, who owns the business with her husband, Alain Veratti, told BusinessDen Friday that she expects to be able to announce the restaurant’s new location in the coming days.

“We are staying in Cherry Creek for sure, and we will be open in a couple weeks,” she said.

Veratti said that business has been “totally fine,” and attributed the decision to move to an issue with the landlord at the 3rd Avenue building. She declined to get into details.

The creperie’s landlord was McDougal & Co., which has owned the 3rd Avenue building for at least 60 years, according to company executive Scott McDougal.

McDougal said he thought the restaurant might have left because the city had recently informed Crepes ‘n Crepes that it needed to install a cooking hood, a possible $25,000 expense. He said he was told to talk to the creperie’s lawyer after the business — which had been on a month-to-month lease — gave him notice to vacate.

“All of a sudden we’re talking to their lawyer and they’re out,” he said.

McDougal, who said he never ate at the restaurant, said he felt he had “nothing but a good relationship” with Alain Veratti, but that wife Ellina seemed to be playing a more active role in the business in recent years.

“I wish I could give you more info,” he said. 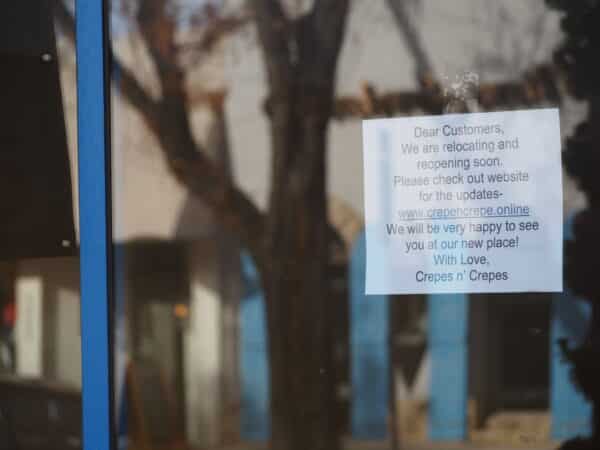 A note posted on the door of the creperie’s former location. (Thomas Gounley)

Crepes ‘n Crepes has operated in Cherry Creek since 2004, according to the company’s website. The restaurant later added locations in Writer’s Square downtown and at 3000 Zuni St. in LoHi, but both of those locations closed in the spring of 2019.

Crepes ‘n Crepes was initially founded by Alain Veratti and Kathy Knight. Knight died Nov. 9, according to an online obituary, which notes her role in creating “a staple in the Denver fine dining scene” and proudly notes the locations once employed 53 people. Ellina Veratti and Scott McDougal said separately that Knight had not been involved in the business in years.

McDougal said he doesn’t have anything specific in mind for the creperie’s former space; for now, he’s trying to fill it without hiring a broker. His firm also owns the former Dozens restaurant building in the Golden Triangle, which was damaged in a fire over the summer.

“We’re very upset,” the creperie’s owner said. “I’m kind of in the dark,” the landlord said.