Sheneen McClain, center, speaks during a news conference in front of the Aurora Municipal Center on Oct. 1, 2019. Mari Newman is left of her. (Andy Cross/The Denver Post)

A trial that was scheduled to last four days and then stretched across six days before ending Thursday will determine whether $3.1 million from the largest civil rights settlement in the history of Colorado must be paid to a local law firm that worked on the case.

Elijah McClain, 23, died in August 2019 after he was arrested and injected with ketamine by Aurora paramedics. That led to criminal charges, a lawsuit and a $15 million settlement.

The question debated last week and this week in Denver District Court was whether Killmer Lane & Newman, the city’s largest civil rights law firm, deserves a $3.1 million cut from the portion of the settlement that was given to Sheneen McClain, Elijah’s mother.

The firm, known as KLN, initially represented both of Elijah’s parents in their lawsuit against the City of Aurora, with the understanding it would receive 40 percent of the final judgment or settlement. But Sheneen McClain fired attorney Mari Newman and KLN after 16 months and declined to pay them, claiming they were self-serving and ignored her direction.

“This case is about the fair value of KLN’s expertise in civil rights litigation and KLN’s work in the McClain case. Because of that expertise and their hard work, there was a $15 million settlement. There has never been a better result in a Colorado civil rights case,” said Michael McConnell, an attorney for KLN, during closing arguments Thursday.

“The lead counsel in a case that results in the largest civil rights settlement in Colorado history deserves to get paid,” McConnell added.

KLN claims it is owed 32 percent of McClain’s settlement and a firm that represented her after she fired KLN deserves 8 percent. McClain says KLN deserves nothing, in part because it ignored a conflict of interest by representing both her and Elijah’s father, LaWayne Mosley.

“From the very beginning of this case, when they first met Ms. McClain, until after they had been terminated, every move they made was done to keep Ms. McClain and Mr. Mosley as joint clients, so they would get (a larger) fee,” McClain attorney Dan Wartell said Thursday. 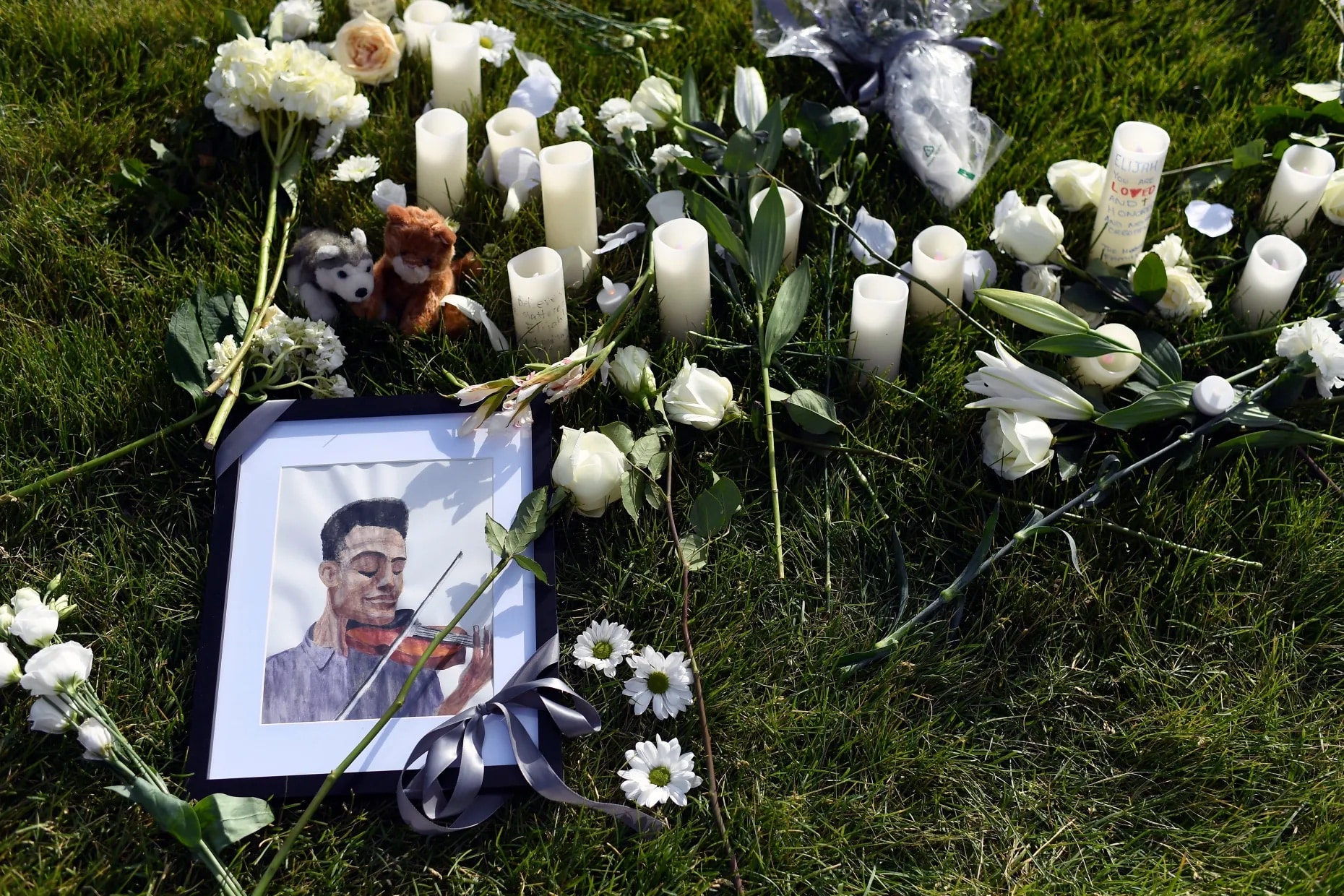 A drawing of Elijah McClain is laid among flowers and candles during a vigil held for McClain at Utah Park in Aurora on July 11, 2020. (Rachel Ellis/The Denver Post)

“Your honor, a message needs to be sent in this case,” Wartell added. “That you can be a fine lawyer, you can be the very best lawyer, but none of that excuses violations of the rules of professional conduct and the sacred vow we take as lawyers to advocate for our clients.”

The trial, which began on Halloween, was expected to last four days last week but had to be stretched to a fifth and then sixth day this week. It will now be decided by Judge Ross Buchanan, rather than a jury. Buchanan has not said when he will rule.

McClain testified at the trial and was also an active participant at the plaintiff’s table, writing notes to her attorneys during testimony. At times, she wore a white T-shirt that read, “I am owed much more than a public apology from Mari Newman for violating my rights!”

Newman and Darold Killmer, another partner in the KLN firm, testified at length last week. They repeatedly defended their decision to represent both of Elijah’s parents, arguing then and now that there was no conflict of interest in doing so. And they spoke at length about the estimated 4,800 hours their firm spent working on the high-profile case.

“We were seeking to get the largest settlement possible for all plaintiffs,” Killmer testified.

Last Thursday, Cecil Morris, an expert in legal ethics, testified that law firms only forfeit their right to legal fees in instances of serious misconduct, which did not occur in this case.

“Nothing I’ve seen indicates there was any misconduct in regard to KLN’s representation of Ms. McClain,” Morris told the court. He later added, “There might have been a few things they could have done better, but it wasn’t misconduct.”

On Wednesday, another ethics expert, Aaron Bradford, was called by McClain’s lawyers to rebut Morris’ testimony. Bradford, a local trial attorney, explained how he has handled ethical conflicts in his work and what KLN should have done to avoid such conflicts.

“Ms. McClain needed her own lawyer and Mr. Mosley needed his own lawyer,” he said.

Sheneen McClain, center, speaks during a news conference in front of the Aurora Municipal Center on Oct. 1, 2019. Mari Newman is left of her. (Andy Cross/The Denver Post)