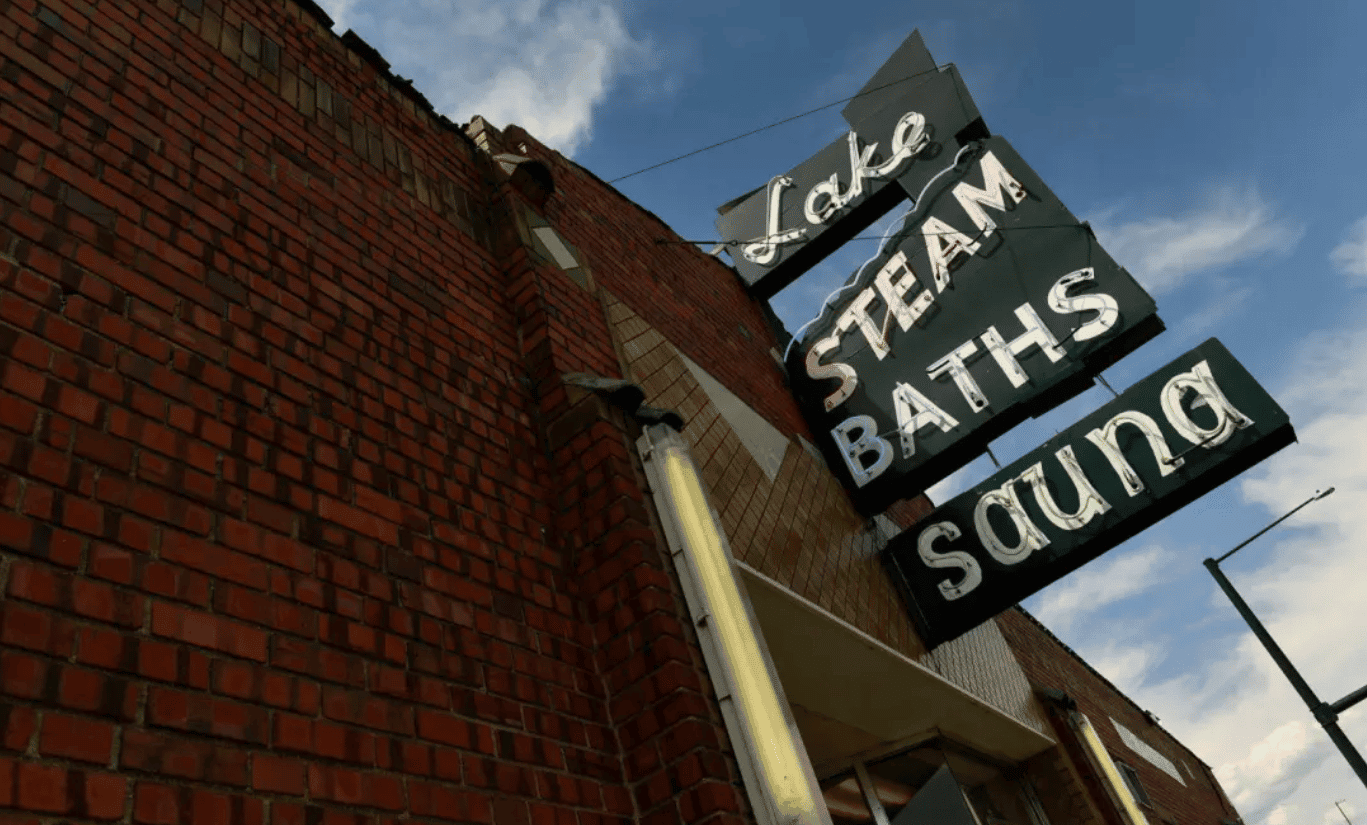 The neon sign at Lake Steam Baths dates back to the 1920s when the business opened. (Helen H. Richardson/The Denver Post)

The new owners of a Russian bathhouse along West Colfax Avenue confirmed Tuesday that they plan to redevelop the property where it operates but said they will incorporate the business into their new project.

Tyler Weston said he and Scott Kilkenny are members of the entity that purchased the Lake Steam Baths business and real estate at 3540 W. Colfax Ave. earlier this month for $2 million.

Although they bought the property as Boom Car Wash LLC, Weston said the long-term plan is not to shift from cleaning bodies to cleaning vehicles. That was just an entity he and Kilkenny had previously formed and opted to use in the transaction.

“It’s not going to be a car wash,” Weston said.

Weston said the plan is to build apartments on the 0.38-acre site, zoned for up to five stories. The bathhouse will be situated on the ground floor.

“It’s going to be a really cool long-term situation,” he said.

But things won’t change immediately. Weston and Kilkenny have yet to submit development plans to the city, and once they do it will take a while to get the necessary city approvals.

Weston said Lake Steam will close for a year and a half while the new project is built. He added that he’s visited the bathhouse for years, calling it a place to “decompress from the world for a few hours.”

“It’s just a nice place to go check out from your stressful day,” he said.

Lake Steam Baths opened in June 1927. The business and real estate was sold by Amy Hyman, who had run Lake Steam since her husband Hannon died in 2015. Hannon’s grandparents founded the business, originally catering to Jews who at the time tended to live on the west side of Denver.

Hyman told BusinessDen it was “terrifying” to take over the business after her husband’s death and COVID posed extreme challenges to Lake Steam, which was forced to shutter for weeks on end in the spring of 2020.

“I am very lucky that we made it to the other side of the pandemic,” Hyman said, thanking the community for their support.

Hyman listed the property for sale in mid-2020, hiring Win King of King Commercial Real Estate. She said she just didn’t have “the funds or the strength” to keep the business going, and praised Weston, whom she didn’t know personally before being approached with the offer. 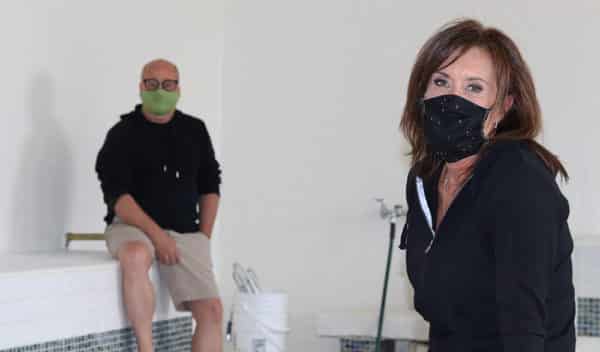 “He’s got such a great vision for this property,” Hyman said. “I’ve done all I can for this business.”

Elsewhere in town, Weston said he’s developing 14 townhomes along Federal Boulevard, and another eight on Delaware Street near Evans Avenue. He and Kilkenny also purchased a hydroponic farm in southwest Denver last year.

Hyman, meanwhile, still owns a little West Colfax real estate. The sale to Weston and Kilkenny didn’t include a 6,250-square-foot parking lot across the street from Lake Steam Baths.

The neon sign at Lake Steam Baths dates back to the 1920s when the business opened. (Helen H. Richardson/The Denver Post)