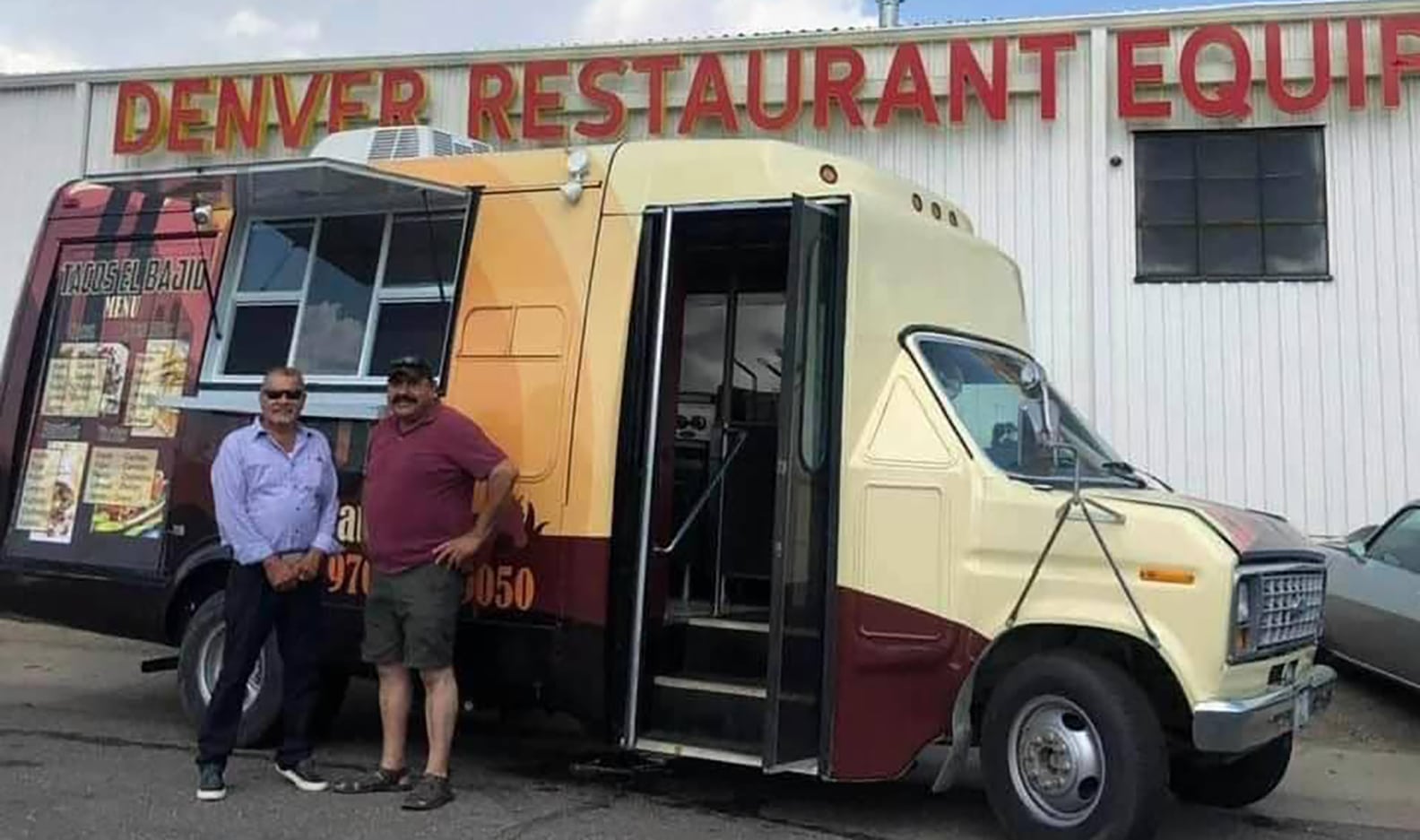 Denver Restaurant Equipment Corp. and co-owner Manuel Perez was sued by the state for selling food trucks despite a court order not to. The state then sued his son, Larry Perez, and his business Denver Custom Food Trucks for doing the same. Larry Perez has been sentenced to jail for contempt of court. (Photo courtesy of Denver Restaurant Equipment Corp.)

A Denver businessman who defrauded customers of his food truck company has been sentenced to 18 months in jail for ignoring a judge’s order that banned him from the industry.

Larry Perez, 42, was sentenced Oct. 14 for contempt of court. His father, Manuel Perez, has also been ordered to pay a $75,000 fine for helping his son ignore the judge’s order.

The Colorado Attorney General’s Office first sued the younger Perez and his business, Denver Custom Food Trucks, in 2018. Prosecutors alleged that Perez took hundreds of thousands of dollars from customers for food trucks that he never delivered.

The next year, as part of a plea agreement, Perez was ordered to pay $3 million in restitution and was kicked out of the industry. He vowed he would never “so much as screw in a screw in a food truck or hold up a window to assist someone else on a food truck,” court filings show.

But, according to prosecutors, Perez wasted little time violating that agreement. Within two weeks, he had started a company called Restaurant Equipment Warehouse, which sold and repaired food trucks in Denver and the north metro, prosecutors alleged.

In a complaint last December, Senior Assistant Attorney General Olivia Webster claimed that investigators watched as Perez oversaw the manufacture of food trucks and told his employees to “cover for him” if anyone asked who owned Restaurant Equipment Warehouse.

One customer, a 60-year-old man, paid $30,000 for a truck to sell Honduran food from. But the truck never arrived and all but one small refund check bounced, according to Webster’s complaint. Perez allegedly threatened to beat the man and report his immigration status if he complained. The man lost his home as a result of the financial setback.

Another customer hired Perez to install equipment on a food truck she owned. On the same day that she picked up the truck, its gas valve exploded because it wasn’t hooked up properly, the complaint alleged. The woman and her children were rushed to a hospital with third-degree burns but Perez declined to offer a refund, according to Webster’s complaint.

The Attorney General’s Office says the $75,000 that Manuel Perez must pay will partially refund customers. After his jail sentence, Larry Perez will still owe most of the $3 million in restitution.

Attorneys for the Perezes declined to comment on their sentences. Larry Perez’s attorney, Refugio Perez with the Greenwood Village law firm Hamilton Faatz, had asked Denver District Court Judge Ross Buchanan to sentence his client to probation rather than jail.

Refugio Perez wrote in an Oct. 12 memo to the judge that his client never worked on a food truck after the ban and, due to his limited education, didn’t know he wasn’t allowed to sell food trucks. Larry Perez’s problem was that his trucks were too popular, Refugio Perez wrote.

“Mr. Perez ignored the risks of overpromising and underdelivering without placing importance on the logistics of sufficient help to ensure quality control and satisfied customers. Mr. Perez’s business grew so much that he could not keep up with the demand,” his attorney wrote.

“Mr. Perez never intended to defraud any of his clients. He simply became overwhelmed with the public demand for food truck builds. Unable to say no, Mr. Perez overpromised and underdelivered,” Refugio Perez wrote.

Denver Restaurant Equipment Corp. and co-owner Manuel Perez was sued by the state for selling food trucks despite a court order not to. The state then sued his son, Larry Perez, and his business Denver Custom Food Trucks for doing the same. Larry Perez has been sentenced to jail for contempt of court. (Photo courtesy of Denver Restaurant Equipment Corp.)

Larry Perez was banned from the food truck industry in 2019. He ignored that order and is now in the country jail.