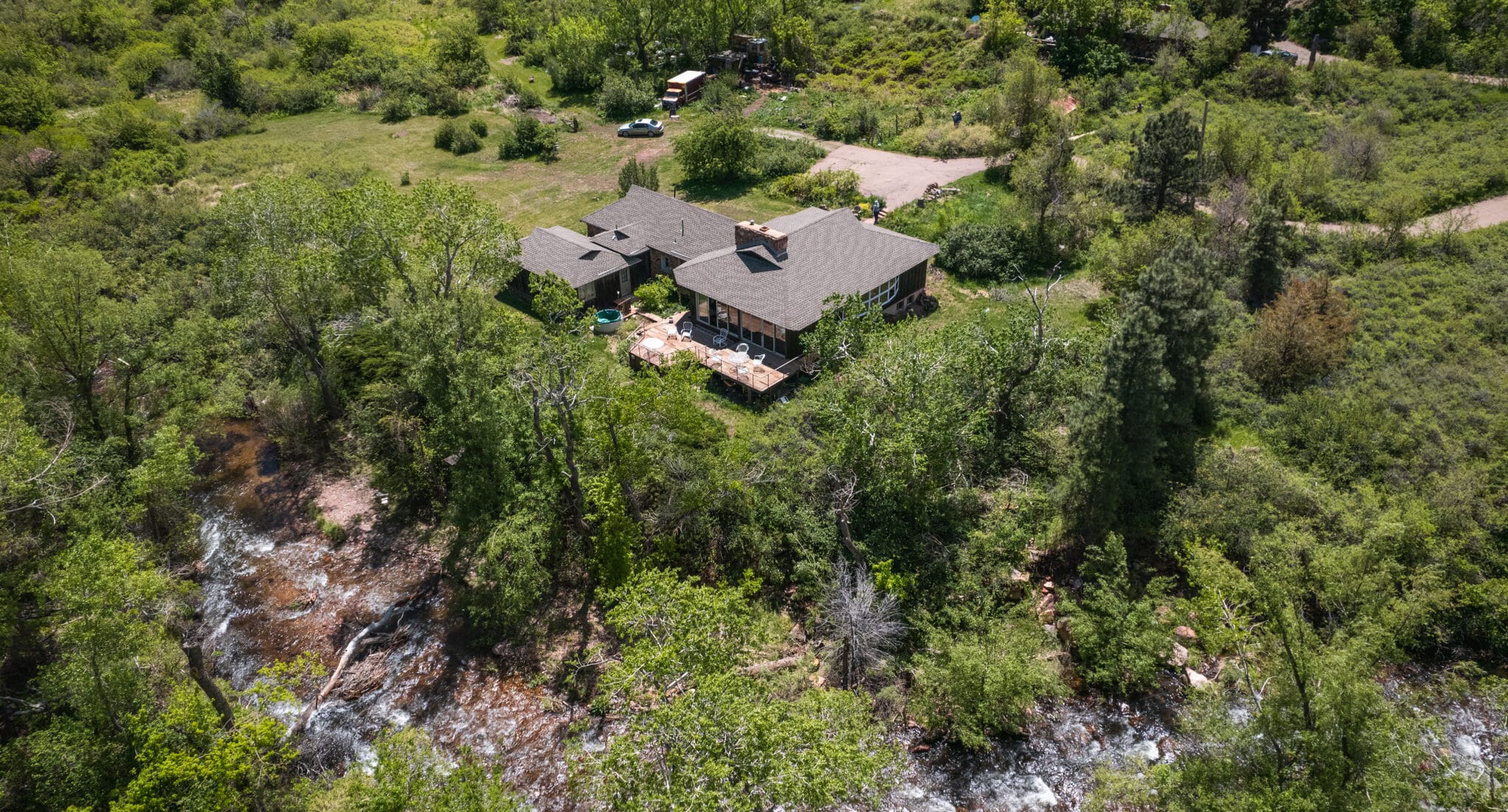 This Boulder home sits on 34 acres and is surrounded by one of the largest undisturbed cottonwood forests in the Front Range. (Photo courtesy of Re/Max of Boulder)

Jack Newman Bell got his home ready to go on the market before he died last September.

Bell, an architect for the National Center of Atmospheric Research, had owned his 3,827-square-foot home on 34 acres at 3631 Eldorado Springs Drive in Boulder for half a century, according to listing agent Paul Dart with Re/Max of Boulder.

“Jack lived a wonderful life and eventually passed away of old age,” Dart said. “He put everything in place prior to the sale, and his wish was to find someone who could carry on his legacy here.”

Bell, who died at 92, appointed longtime friend Ken Sheldon, who also owns Sheldon Builders in Boulder, as his personal representative for the sale prior to his passing. On Sept. 9, the home was sold to the entity Arcadia Property LLC for $6.6 million, according to property records.

“You wouldn’t think a small old stone home would be worth $6.6 million, but it’s the value of the land that makes it worth it,” Dart said.

The four-bedroom, two-bathroom home is bordered on three sides by the city of Boulder Mountain Parks lands, ensuring privacy, and overlooks the South Boulder Creek, which runs through the property. It’s also surrounded by one of the largest undisturbed cottonwood forests in the Front Range, which attracts wildlife.

“Everything feels at home here, not like they’re sneaking in,” Dart said. “There was even a resident bear on the property.”

In addition to the home, there are two small private studios, one of which is by the creek, and a storage facility.

Dart said they had three full price offers three days after originally listing the home in June for $5.75 million. The original listing included a life estate deed allowing Bell’s son Corwin, who ran a bee operation on the property, to continue using the property. But when Corwin decided to pursue other options, Dart was able to raise the price.

Here are the next four priciest local home sales from September, according to MLS: 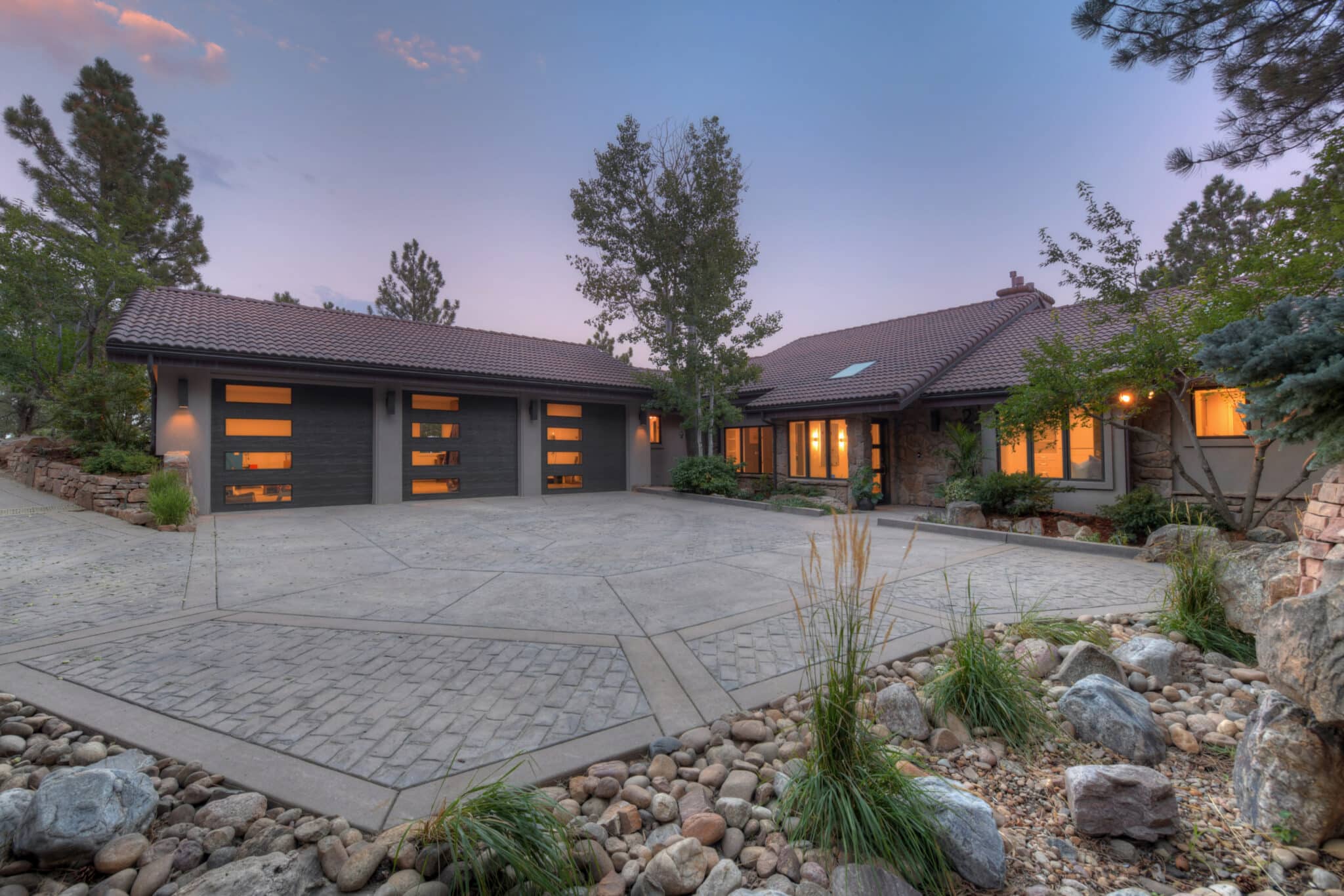 This lakefront property in Boulder comes with its own private dock. (Photo courtesy of Compass – Boulder)

Details: Sitting on nearly one acre in Boulder by the Lake of the Pines, this 5,832-square-foot waterfront home features four bedrooms, five bathrooms, a great room with lake vistas and a gas fireplace, plus a chef’s kitchen with Thermador and Liebherr appliances, quartz countertops and Wedgewood cabinetry. Downstairs, there’s a bar, fireplace and wine cellar, and outside, there are three levels of decks, a patio terrace with an outdoor kitchen and a personal dock. 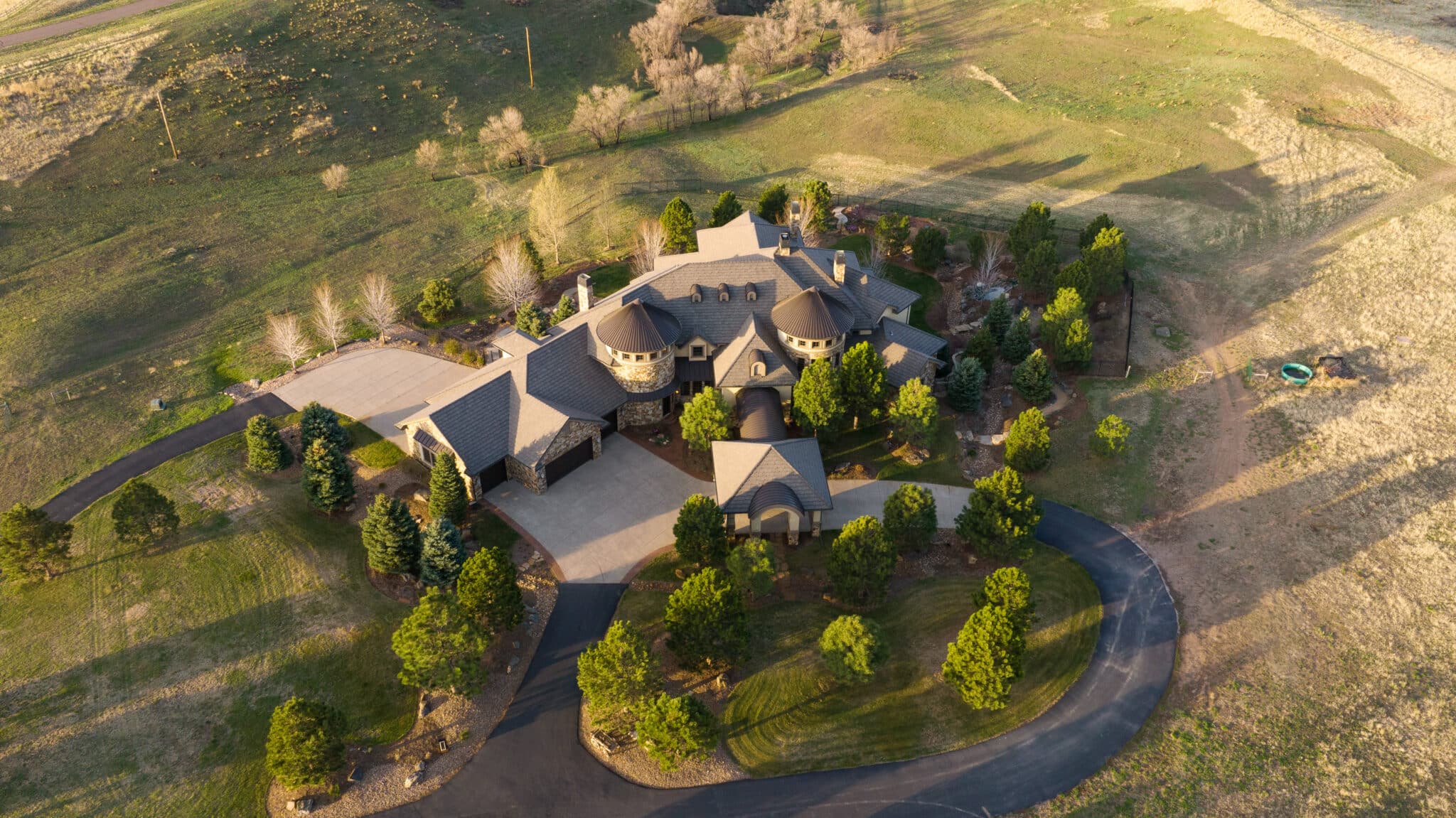 This 15,023-square-foot mansion is situated on 41.5 acres in Littleton. (Photo courtesy of Compass – Denver)

Details: This 15,023-square-foot mansion is situated on 41.5 acres in Littleton with eight bedrooms and 12 bathrooms. The regal estate features an entertainer’s kitchen with a Wolf gas range stove, two Sub-Zero fridges and a butler’s pantry, plus a two-story great room, a primary suite with its own bar and dishwasher, two elevators and a two-story office. There’s even a conveyor belt to transport the groceries from the garage to the kitchen.

Downstairs, the basement includes a wet bar, workout room, gaming area and custom theater. There are also two eight-car garages, one of which has its own living space, and a carriage house with an oversized loft, plus a basketball/tennis court. 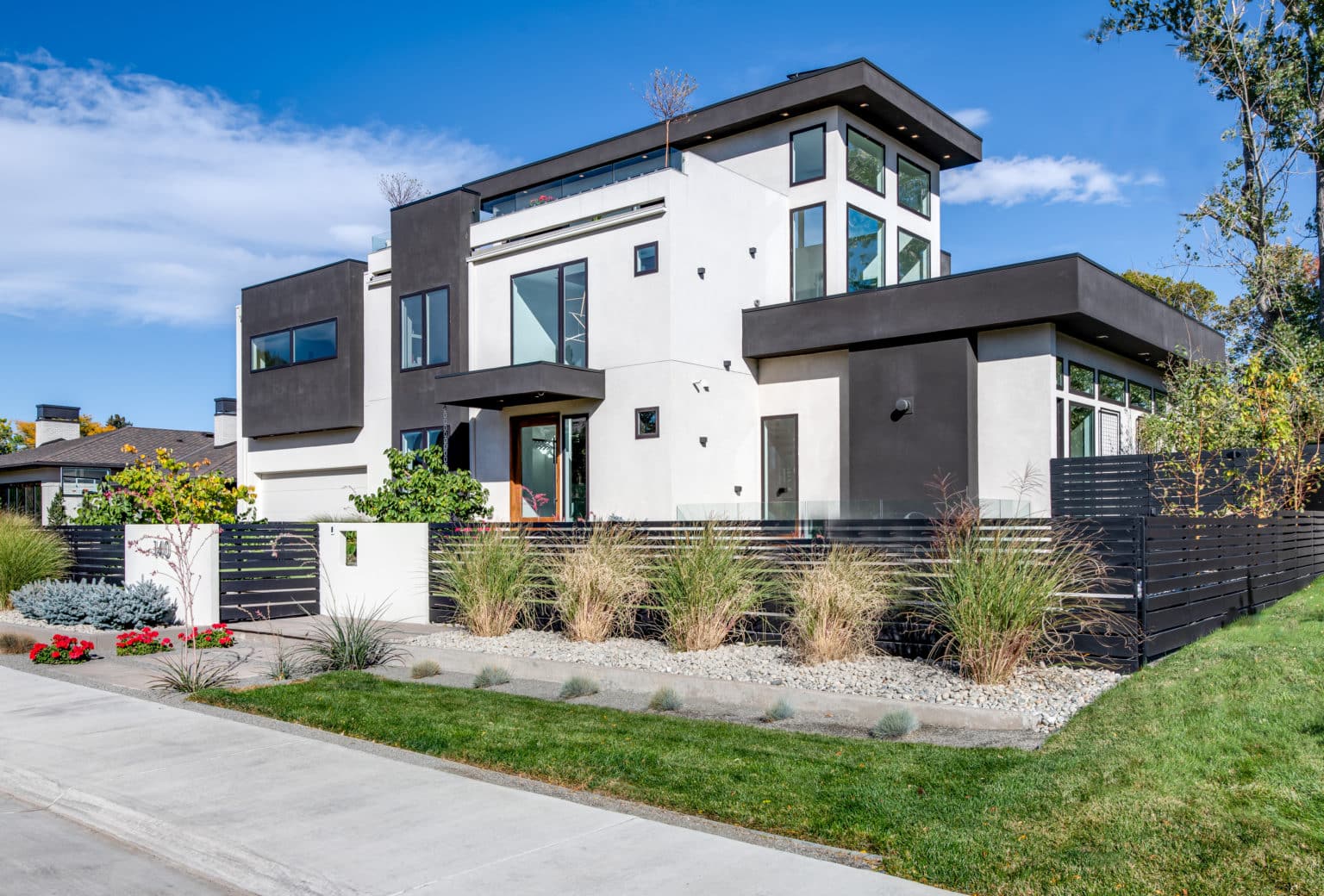 Details: This Hilltop home was redesigned in 2018 by Kristin Drake and Emerson Bailey Collection and completed three months ago. Throughout 7,126 square feet, there are four bedrooms, six bathrooms, stone floors, a newly designed kitchen with matte black oak cabinetry and a slab marble waterfall, a dining room with a three-story ceiling anchored by a glass wine storage wall and a cozy family room with walnut walls and ceilings.

Outside, there’s a pool and hot tub, a covered and heated patio with a private office located off of it.

This Boulder home sits on 34 acres and is surrounded by one of the largest undisturbed cottonwood forests in the Front Range. (Photo courtesy of Re/Max of Boulder)

Houses in Parker, Littleton and Denver’s Hilltop neighborhood ranging from $5 million to $6.3 million also made the top five.