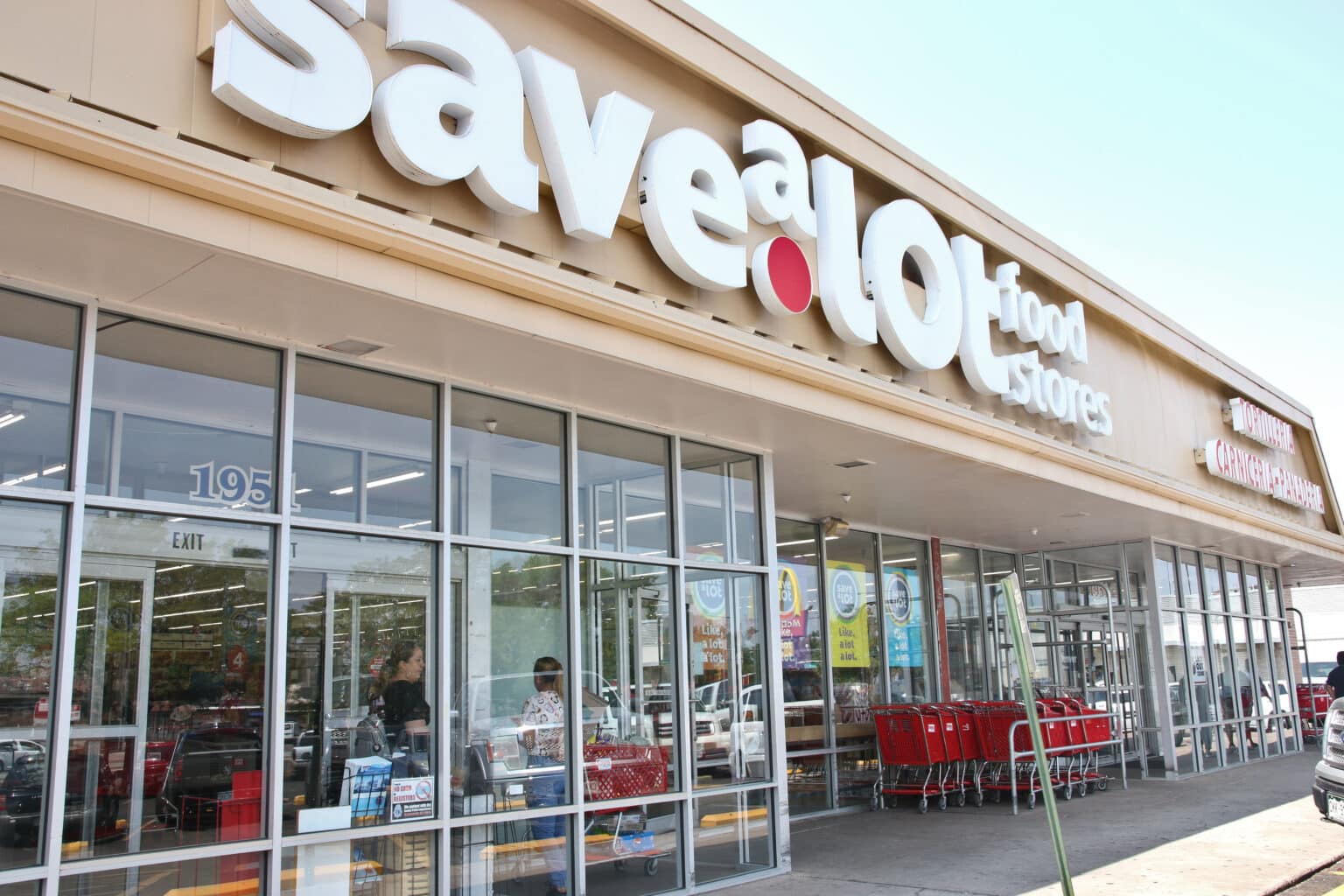 The Save A Lot at 1951 S. Federal Blvd. The owner of the strip mall it is in plans to build up to 110 rowhomes behind the shopping center. (BusinessDen file photo)

The owner of a large strip mall along Federal Boulevard in southwest Denver wants to see housing developed behind the existing stores, now that a lawsuit filed by an anchor tenant is over.

An architect working on behalf of 1951 S Federal Blvd LLC, which owns the Brentwood Shopping Center at 1951 S. Federal Blvd. in the Harvey Park neighborhood, submitted a concept plan to the city in mid-September proposing the construction of 110 rowhomes.

Ninety rowhomes would be constructed on the paved surface behind the shopping center, whose tenants include Save-A-Lot, Rent-A-Center and Family Dollar. The 3.9-acre strip is technically a separate parcel, with the address of 3029 W. Evans Ave.

Another 20 townhomes could be built on the adjacent 3100 and 3150 W. Jewell Ave. parcels at the north of the site, which combined are 0.8 acres, although the plans refer to that component as a “future phase.” There’s a gas station on one of the lots, and a bike shop on the other. They “will be removed once their lease expires,” one document states. 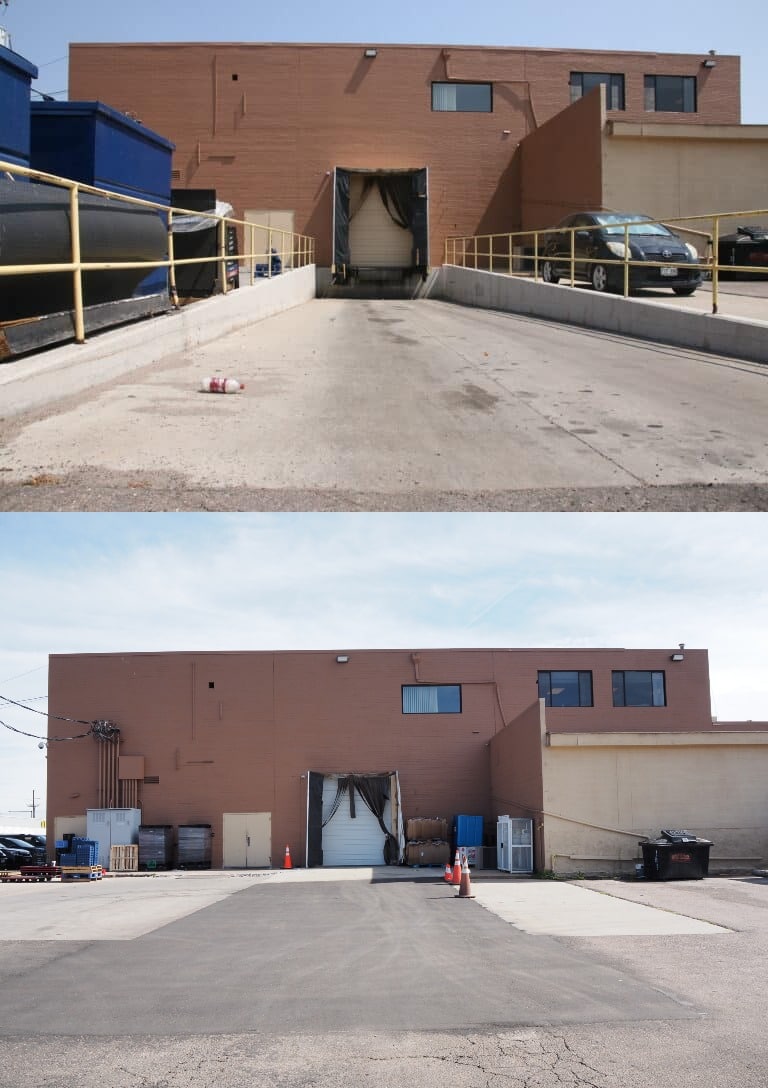 The loading dock behind the Save-A-Lot as seen in August 2021, top, and earlier this week. (BusinessDen file photo/Thomas Gounley photo)

The rowhomes would be built to be rented, although they could be sold individually at a later date, according to the submission. They would range from 850 to 1,500 square feet, with two or three bedrooms and a garage.

Fadi Sawaged, the registered agent for the entity that owns all the parcels, didn’t respond to a request for comment. The LLC paid $14.9 million for the property in December 2020, records show.

The property owner was sued in 2021 by Franktown-based Leevers Supermarkets, which owns the Save-A-Lot in the shopping center. The company claimed its landlord was threatening to terminate its lease unless the store’s loading dock and ramp was removed, because it wanted to redevelop the area behind the shopping center.

That lawsuit was dismissed in July, according to court records. A visit to the shopping center Monday showed that the loading ramp had been filled in. A lawyer representing Leevers didn’t respond to a request for comment.

The Save A Lot at 1951 S. Federal Blvd. The owner of the strip mall it is in plans to build up to 110 rowhomes behind the shopping center. (BusinessDen file photo)

The owner of the Save-A-Lot at 1951 S. Federal Blvd. sued its landlord in a 2021 loading dock dispute but the lawsuit was dismissed.