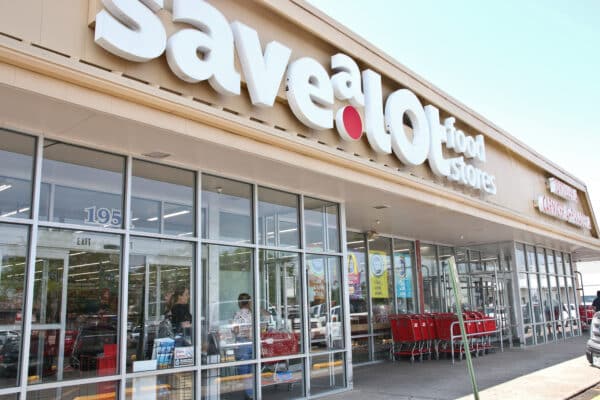 The owner of the Save A Lot at 1951 S. Federal Blvd. claims in a lawsuit that the new landlord is trying to force it out in order to develop an apartment complex. (Eric Heinz photos)

The owner of a Save A Lot in southwest Denver says its new landlord is trying to force the grocery store out by zeroing in on its loading dock.

Franktown-based Leevers Supermarkets says in a lawsuit filed in Denver District Court last week that the landlord for its store at 1951 S. Federal Blvd. is threatening to terminate its lease unless the ramp is removed, which the company says would make running the grocery store almost impossible.

The company claims its landlord — 1951 S Federal Blvd LLC — has alternate plans for the area where the loading ramp sits.

No redevelopment plans have been submitted to the city of Denver for the property.

1951 S Federal Blvd LLC paid $14.9 million in December for the shopping center in the Harvey Park neighborhood, according to property records.

The entity lists an office address in Westminster. Fadi Sawaged, the company’s registered agent, did not respond to requests for comment this week.

Leevers operates 17 Save A Lot stores in Colorado, according to its website, as well as Leevers Locavore in Highland. 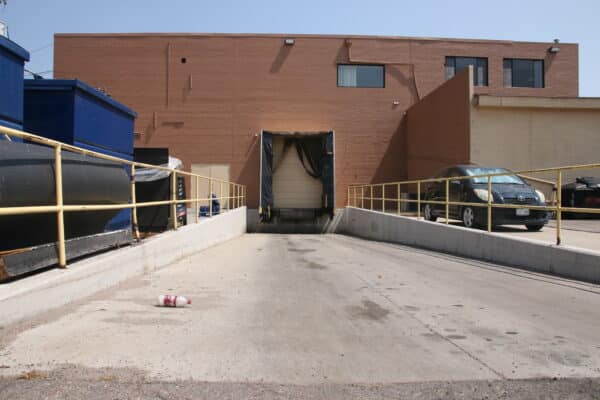 The 65-foot loading ramp at the center of the dispute.

The company says that it signed a lease for the south Federal store with the shopping center’s previous owners in 2011. The lease stated Leevers could build a 65-foot ramp and would be responsible for maintaining it, according to the lawsuit.

“The Premises’ loading dock and ramp are precisely the type of loading facilities that are conspicuous at virtually all Denver-metro, large supermarkets,” the lawsuit reads.

Leevers says its lease included the right to renew for two five-year terms, and that the company gave notice to its new landlord in February that it wanted to renew for the second time.

The company claims the two parties agreed on a rental rate for the renewal period, but that the landlord then insisted on the removal of the loading ramp.

Leevers is asking for a determination that the landlord has breached the lease and that the store can maintain the loading ramp, as well as an unspecified amount of damages.

The owner of the Save A Lot at 1951 S. Federal Blvd. claims in a lawsuit that the new landlord is trying to force it out in order to develop an apartment complex. (Eric Heinz photos)

A lawsuit claims that a dispute over the Save A Lot's loading ramp is really about its landlord’s desire to redevelop the site into apartments.