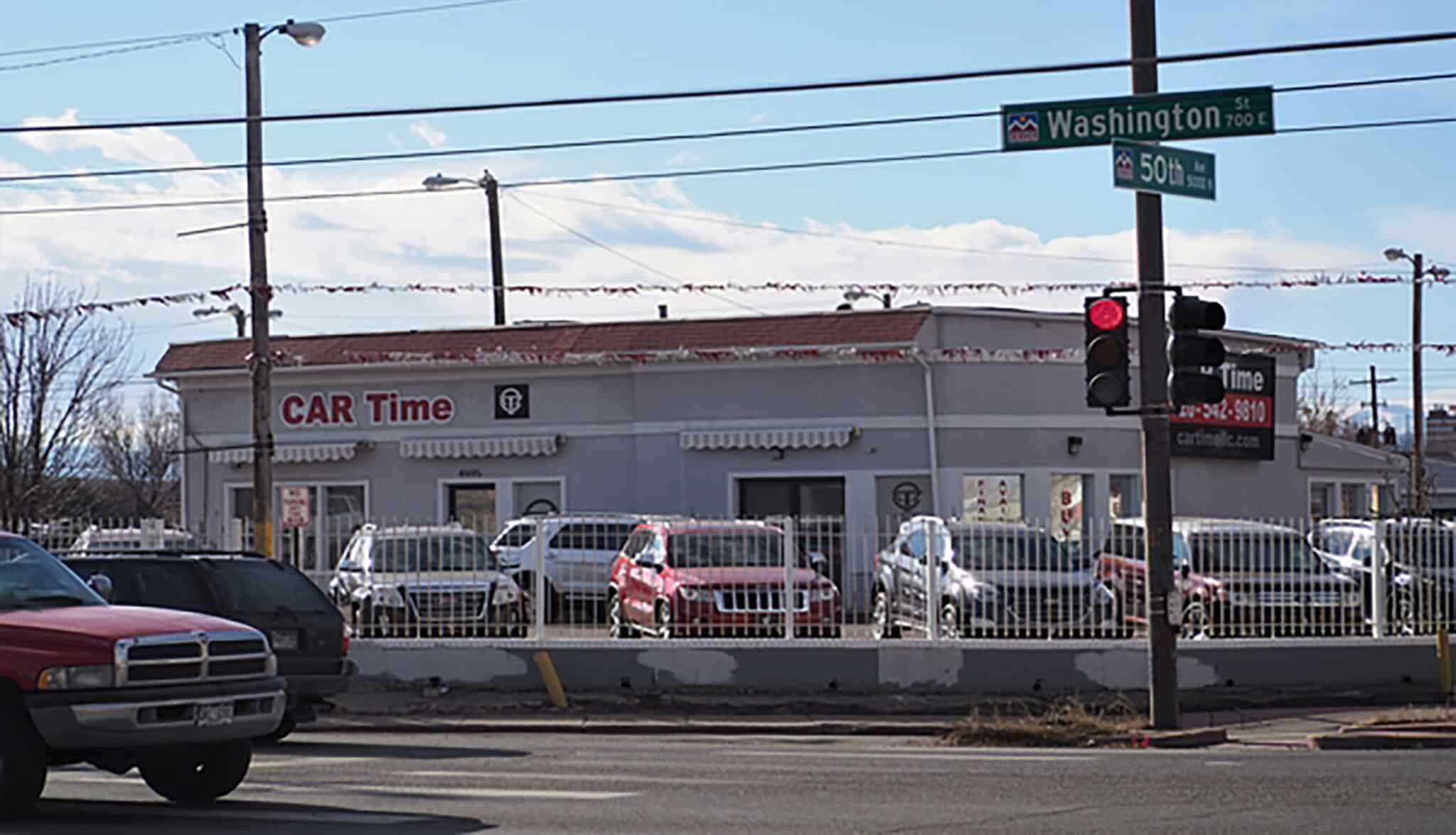 Denver purchased the site of a former car dealership at 4995 Washington St. and just selected a developer to build income-restricted apartments there. (BusinessDen file photo)

Denver has selected a developer to build income-restricted apartments on a Globeville site that the city purchased in 2019.

Globeville Redevelopment Partners has been tapped to build at least 170 units at 4995 Washington St., the city’s Department of Housing Stability announced in September.

Globeville Redevelopment Partners is made up of Evergreen Real Estate Group, Rocky Mountain Communities and the GES Coalition, according to the city. The group will strike a 99-year ground lease for the property, provided the deal is approved by the City Council.

The apartments will be reserved for those making from 30 percent to 80 percent of the area median income. At least half of the units will have three or four bedrooms.

The project will also include ground-floor space for a “community-serving use,” according to the city.

That user has yet to be finalized, but the property is one of two sites that the Denver Public Library is considering for a Globeville branch, a library spokeswoman told Rocky Mountain PBS. The other location is the former Salvation Army building off 47th and Broadway.

Denver purchased the site, previously home to a car sales lot, intending to spur development of housing on it. The city issued a request for expressions of interest from developers for the 2.7-acre property in January, and a request for proposals two months later.

Denver purchased the site of a former car dealership at 4995 Washington St. and just selected a developer to build income-restricted apartments there. (BusinessDen file photo)

The Denver Public Library is considering locating a branch within the project, which will have at least 170 units for rent.