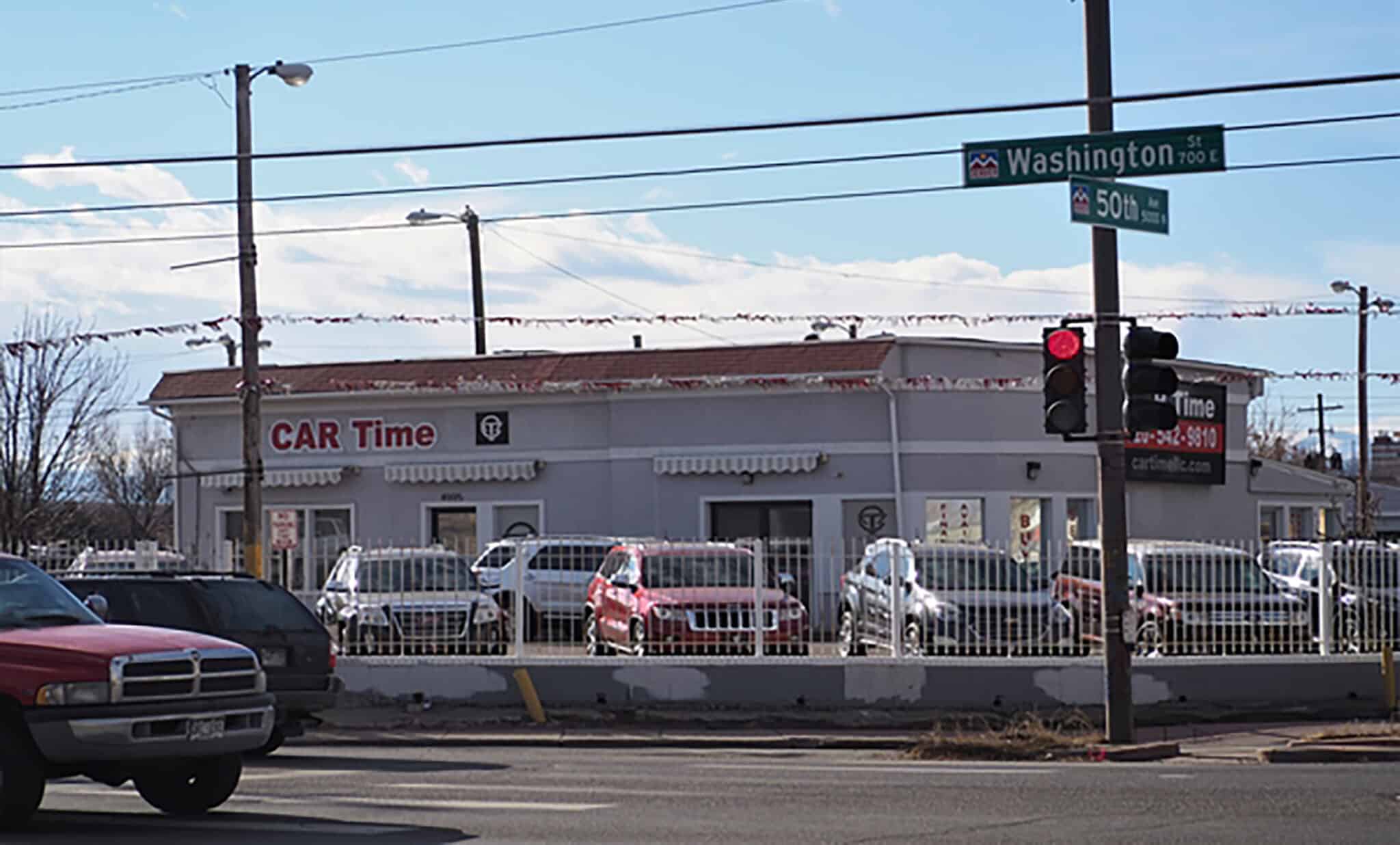 The city paid $6 million for a car dealership at 4995 Washington St. in 2019 that it wants to be redeveloped into income-restricted housing. (BusinessDen file)

Denver is looking to steer an income-restricted housing project to a Globeville site where a car dealership used to operate.

The city issued a request for expressions of interest Wednesday seeking a developer willing to build residential units at 4995 Washington St., a 2.7-acre site the city purchased for that purpose in January 2019.

The city said its preference would be to strike a 99-year ground lease with the developer for the nominal price of $10 a year. It called the site’s development “an important aspect of the city’s strategic housing plan.”

Denver purchased the land from Car Time for $6 million using federal grant money from the Department of Housing and Urban Development. The site is zoned for up to five stories.

At least 30 percent of rental units would have to be set aside for residents making at most 30 percent of the area median income, without the assistance of vouchers, which for the city’s 2021 income limits is about $22,000 for one person’s annual salary and $34,000 for a household of five.

Although the city does not specify how many income-restricted units a project should have, Denver’s Office of Economic Development Chief Economist Jeff Romine told a City Council committee in 2018 that the site ultimately could house about 200 residential units.

A “community services” space must also be part of the design on the ground floor. The request mentions Denver Public Library may be interested in establishing an 8,000- to 10,000-square-foot branch on the property, which could satisfy that requirement.

Part of the application process includes providing a financial plan for the project. Denver is proposing to provide financing in an amount up to $25,000 per unit, depending on certain factors.

The property is located along a corridor with “significant planned investment,” the city stated, and it is within one mile of the National Western Center and the RTD North Metro commuter line train station.

The deadline for developers to submit a document of interest is 2:30 p.m. Feb. 7.

The city paid $6 million for a car dealership at 4995 Washington St. in 2019 that it wants to be redeveloped into income-restricted housing. (BusinessDen file)

The city paid $6 million for an old car dealership that it wants transformed into 200 residential units in a complex that may include a branch library.