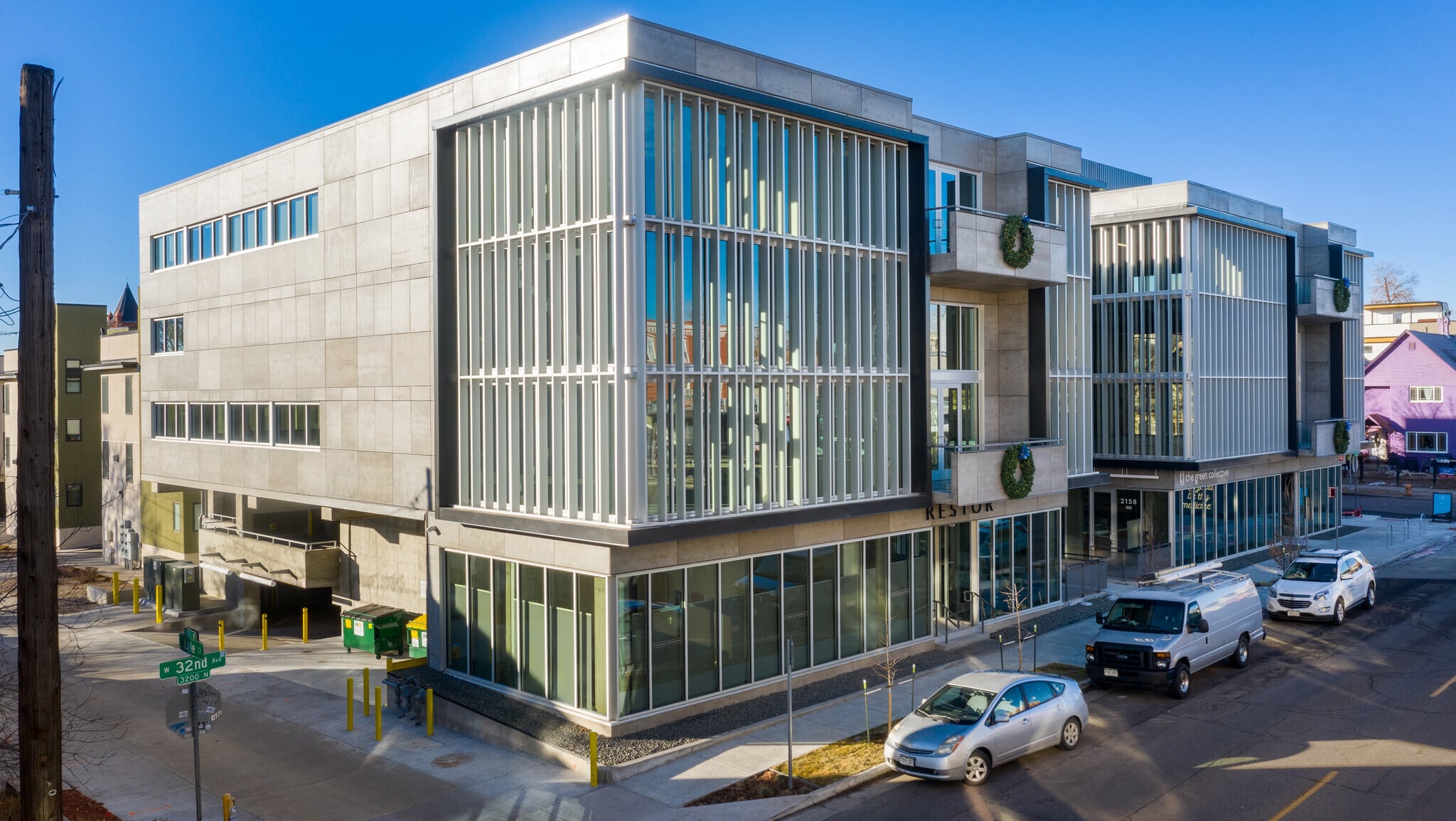 32V, an office and retail building in LoHi, sold for $16 million a year ago. A lawsuit claims it would have sold for more if local architects hadn’t done shoddy work.

Filed Aug. 31 in Denver District Court, the lawsuit by developers of the property at 2128 W. 32nd Ave. claims Elevate Architecture, a Denver firm, failed to comply with the law, used the wrong materials, misbuilt a parking lot and skimped on security features.

“32V did not get the project design it bargained for and/or was promised,” the lawsuit states.

In an email, Elevate founder Angela Feddersen declined to comment on the litigation.

“We are aware of the lawsuit. However, our response to the claims is not yet due,” she said. “We intend to review the claims in more detail and file an appropriate response in court in the coming weeks. At this time, we cannot comment further on a pending litigation matter.”

32V was developed by Denver-based City Street Investors and Brent Kimball, who owned the property for decades prior to the redevelopment, according to past BusinessDen coverage. It was built between late 2018 and late 2020, then sold last August to Asana Partners, a North Carolina company that also owns Larimer Square.

City Street Principal Joe Vostrejs praised 32V after the sale, calling it “a product that we’re proud of,” “a nice advantage to the LoHi neighborhood” and “first-class office space.”

But 32V’s development group now says Elevate’s poor work on the three-story, 33,000-square-foot building has cost them. Developers were forced to hire a consultant to monitor Elevate, had to fix the architects’ mistakes, paid a security company to defend the unsecure building, and rented off-site parking after Elevate built fewer spaces than promised, the lawsuit alleges.

“Elevate also failed to properly design the mezzanine level of the project, resulting in a loss of leasable square footage,” according to the lawsuit.

“But for Elevate’s deficient work on the project,” the lawsuit states, developers “would have been able to sell the property for a greater amount than the property actually sold for.”

The lawsuit does not say how much money 32V would have sold for if it was better built. It also does not define which laws Elevate violated, estimate how much money was spent correcting Elevate’s alleged mistakes, or note which security features were not included.

It was filed by attorneys Stephanie Kanan and Timothy Scalo with the Denver office of Snell & Wilmer. Neither responded to detailed questions about those omissions. A spokeswoman for City Street Investors also declined to answer BusinessDen’s questions.

The plaintiffs are asking Judge Shelley Gilman to award them an undetermined amount of money for economic damages, along with attorney fees and interest.

The office project sold for $16 million a year ago. A lawsuit claims it would have sold for more if local architects hadn’t done shoddy work.