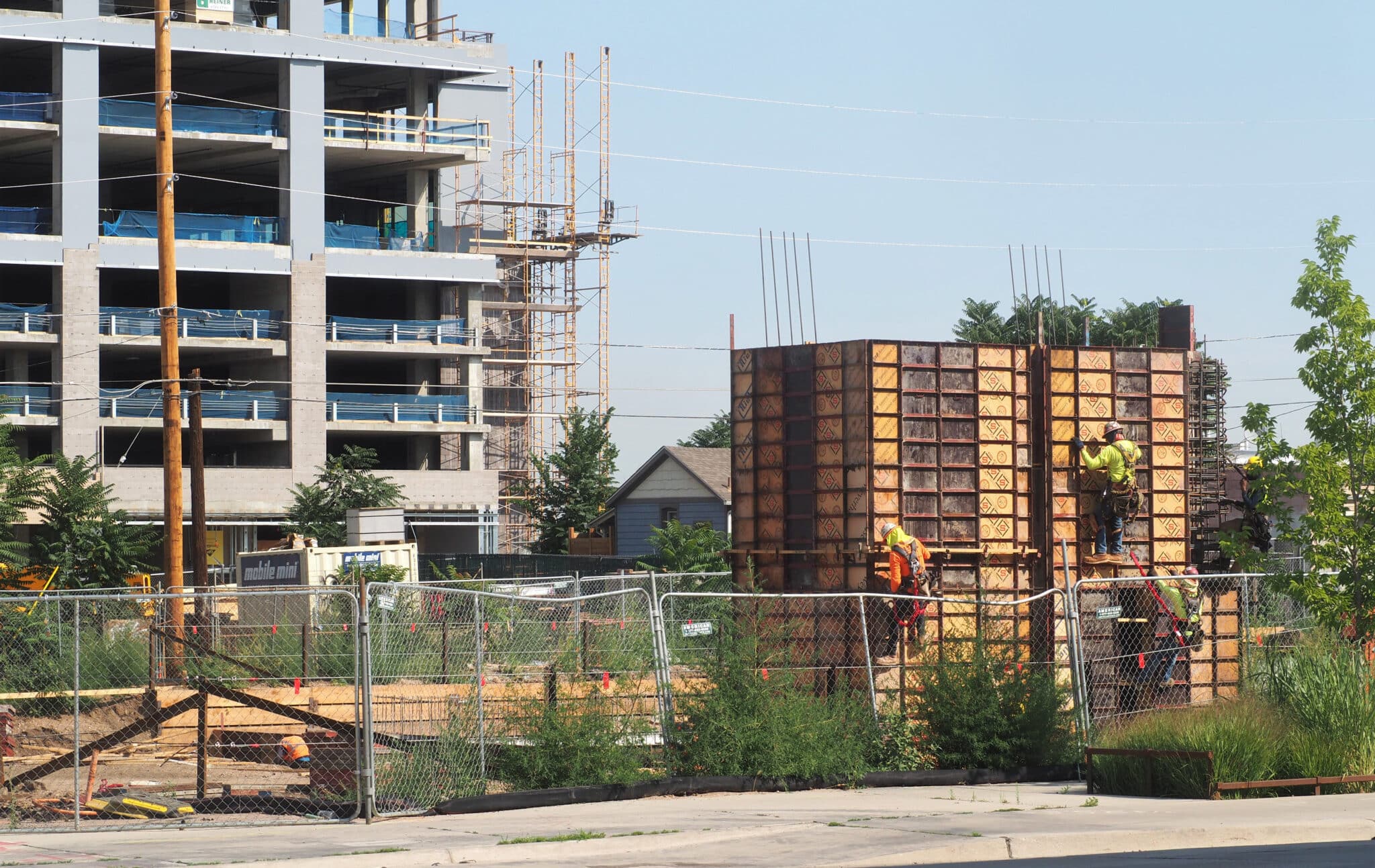 A crew works on the Cambria hotel going up at 3601 Brighton Blvd. on Aug. 1. In the background is an office building also under construction. (Thomas Gounley photo)

Another hotel is under construction in RiNo.

Denver-based HighSide broke ground in June on a seven-story, 153-room Cambria hotel at 3601 Brighton Blvd., according to Aaron Pollick, the company’s senior vice president of development.

“We see a lot of growth in the metro Denver area, especially RiNo,” Pollick said.

HighSide submitted development plans to the city in December 2020 and purchased the 0.43-acre corner lot in August 2021 for $4.3 million.

Cambria is a brand of Maryland-based Choice Hotels, which launched it in 2005. There are now 60 open in the U.S. The RiNo location will be the second in Colorado. The other, in Aurora, generally offers rooms starting in the $130-$180 range depending on the date, according to its website.

Pollick said rates for the RiNo hotel will be set closer to opening, but called Cambria “a nice upscale brand.” The hotel will feature a restaurant, a fitness center, a rooftop bar with mountain views and spa-style bathrooms, according to a news release from Choice.

Brinkmann Constructors is the general contractor. Baskervill is an architect on the project.

It will be the third hotel on the Brighton side of RiNo. It will join Zeppelin Development’s The Source Hotel, which opened in 2018, and TWC Management’s nearly completed Vib hotel, which is kitty-corner from the Cambria site at 3560 Brighton Blvd.

The Cambria will be within a block of three office buildings: Koelbel & Co.’s Catalyst, the still-vacant Rev360 and Schnitzer West’s under-construction The Current.

The company managed the recent renovations of the downtown Four Seasons hotel. It has worked on Cambria hotel projects elsewhere in the country.

A crew works on the Cambria hotel going up at 3601 Brighton Blvd. on Aug. 1. In the background is an office building also under construction. (Thomas Gounley photo)

The seven-story building will be the corridor’s third hotel, joining The Source Hotel that opened in 2018 and the nearly completed Vib hotel.