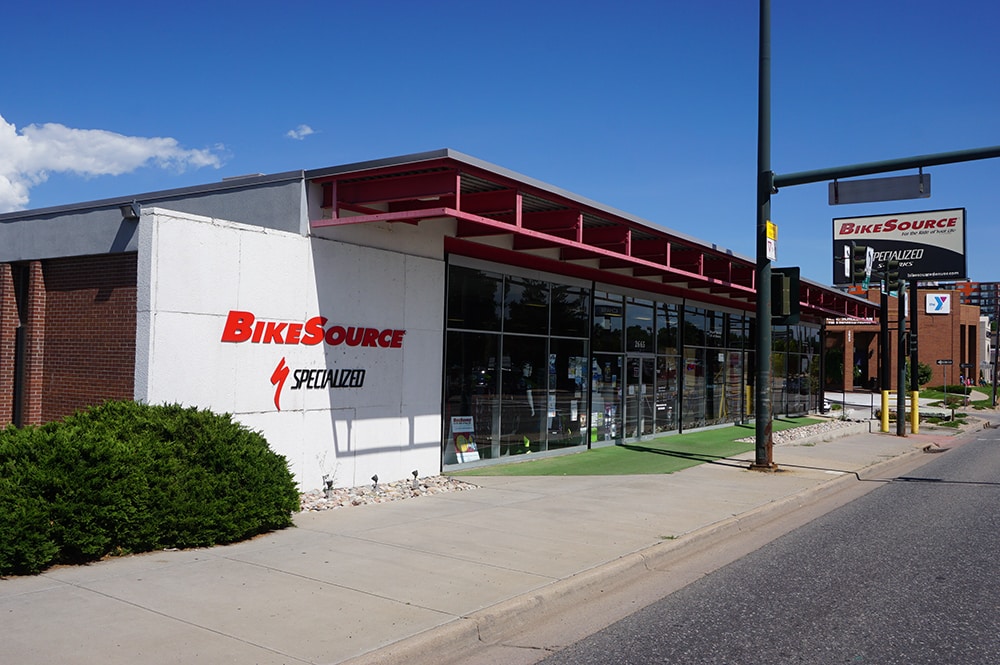 Bikesource has to vacate its current location at 2665 S. Colorado Blvd. by Aug. 7. (BusinessDen file photo)

Bikesource in University Hills could be without a store next month.

The bike shop has to vacate its current location at 2665 S. Colorado Blvd. by Aug. 7, but the company has yet to receive a permit allowing it to operate in the new space it’s leased across the street at 2540 S. Colorado Blvd.

The hang-up is on approving and inspecting a fire suppression system, according to store manager Doug Broyer.

“The City of Denver has been challenging to work with,” he said.

Initially, Bikesource planned to relocate back in May, Broyer said. But the pandemic, equipment and labor delays pushed things back.

The new location is now ready to go, with the exception of city approval. City hall has had the plans for at least six months, Broyer said.

Allen added that the city has been “completely unpredictable” about when staff will review and release the permit.

Bikesource is moving locations due to the planned demolition of its current spot in connection with redevelopment of the nearby YMCA.

That process should only take about five to seven business days, Allen added.

Broyer said that, if Bikesource can’t move into the new location in time, the store will relocate inventory to a storage facility or another company store. The company has four Denver-area locations.

Bikesource is leasing its new location from Miller United Real Estate, moving into a smaller unit within a larger shopping center.

“We’re gonna step down in size. One, it’s easier to manage in the offseason when I’ve got limited staff. And two, Denver real estate (has) gotten ridiculously expensive,” Broyer said.

Bikesource has to vacate its current location at 2665 S. Colorado Blvd. by Aug. 7. (BusinessDen file photo)