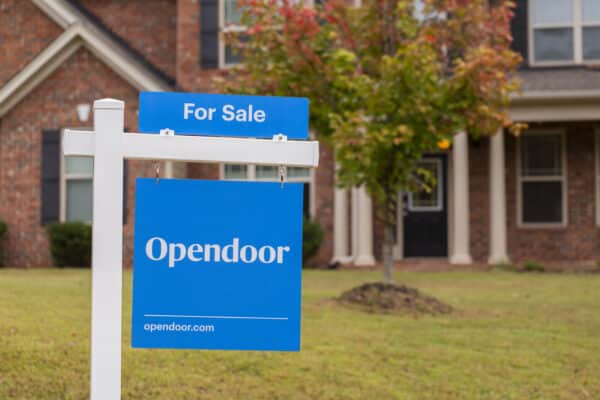 Opendoor has grown it’s profit-per-flip in the Denver area since 2019.

Last year, Zillow abandoned its “iBuying” program after purchasing hundreds of Denver homes since it entered the market in 2018.

But there’s still one major player left flipping houses. And the company has been making tens of thousands of dollars on its average Denver flip.

In the first four months of the year, San Francisco-based Opendoor purchased 24 homes within Denver city limits and sold 38, some of which had been purchased prior to Jan. 1, according to a BusinessDen review of public records.

Of the 38 homes sold, Opendoor sold 26 of them for more than it paid, records show. Twelve were sold at a loss.

On average, counting all 38 transactions, the company averaged a profit of $31,000 per flip.

For comparison, when BusinessDen published a broader analysis of Opendoor’s first six months in the Denver market in May 2019, the average home sold for $7,844 more than the company paid.

Opendoor has said from the start that its business model doesn’t revolve around the difference between what it pays for a home and what it sells it for. The company also charges home sellers a 5 percent service fee, which covers the costs of buying, maintaining, and eventually selling the home, according to an Opendoor spokesperson.

Still, the results in Denver indicate the company has been benefiting from the recent boom in home prices. Mike DelPrete, a real estate tech strategist and researcher at the University of Colorado Boulder who has been analyzing Opendoor data, noted to BusinessDen that the company makes minimal improvements to the homes it buys.

“It’s the market,” DelPrete said. “It’s not like they’re going in and putting in new kitchens and bathrooms or improving the quality of the home.”

When it shut down its iBuying business last November, Zillow said in a shareholder letter that it had racked up over $1 billion in losses over three-and-a- half years as a result of “higher-than-anticipated conversion rates” and “unintentionally purchasing homes at higher prices.”

Opendoor, however, has pushed ahead.

“Amongst all the market uncertainty, Opendoor is slamming their foot on the gas pedal and getting bigger and bigger,” DelPrete said.

“This is due in part to the cost structure and pricing improvements that we have made, which provide the necessary margin of safety in our unit economics,” the company said in a letter to shareholders this month. “Also, the combination of holding highly liquid, sale-ready homes with the fact that home price declines during recessions have proven to be slow moving, makes navigating market turbulence very manageable.”

DelPrete agreed with the company’s assessment, but said a slowdown in home price appreciation could slow down profits.

“They’re going to stop making as much money, but they’re not going to necessarily lose money, DelPrete said. “Opendoor’s business model worked before the pandemic and before home price appreciation got nuts.”

“It just comes down to access to capital,” he continued. “But they have billions of dollars in the bank, so I don’t see anything happening anytime soon.”

Other iBuyers that operate in Denver include RedfinNow, Boulder-based 8z Real Estate, Orchard and Offerpad.

Opendoor has grown it’s profit-per-flip in the Denver area since 2019.

Counting all 38 transactions, the company averaged a profit of $31,000 per flip.