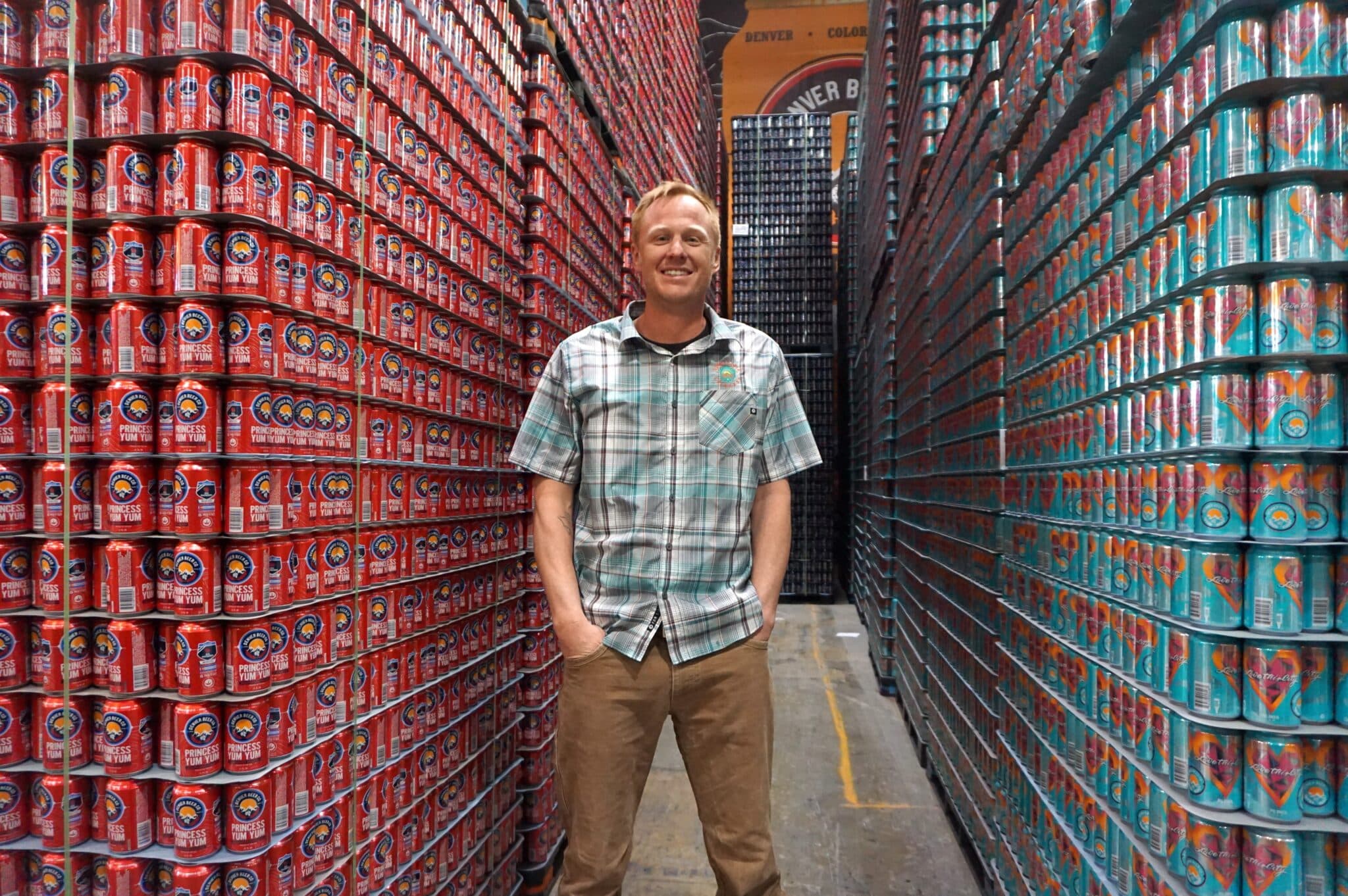 Charlie Berger and Patrick Crawford have always wanted to create a biergarten like the ones you see in Germany.

When the owners of Denver Beer Co. were presented the opportunity to open a new taproom on nearly half an acre within the Exchange at Boulevard One development in Lowry, they were ready to raise the bar.

“We got introduced to the folks at Confluent, and they really wanted our brand on that park,” Berger said. “It’s kind of the keystone parcel of that project, so we were absolutely flattered and thrilled that they were interested, and that parcel matches so well with our desire.” 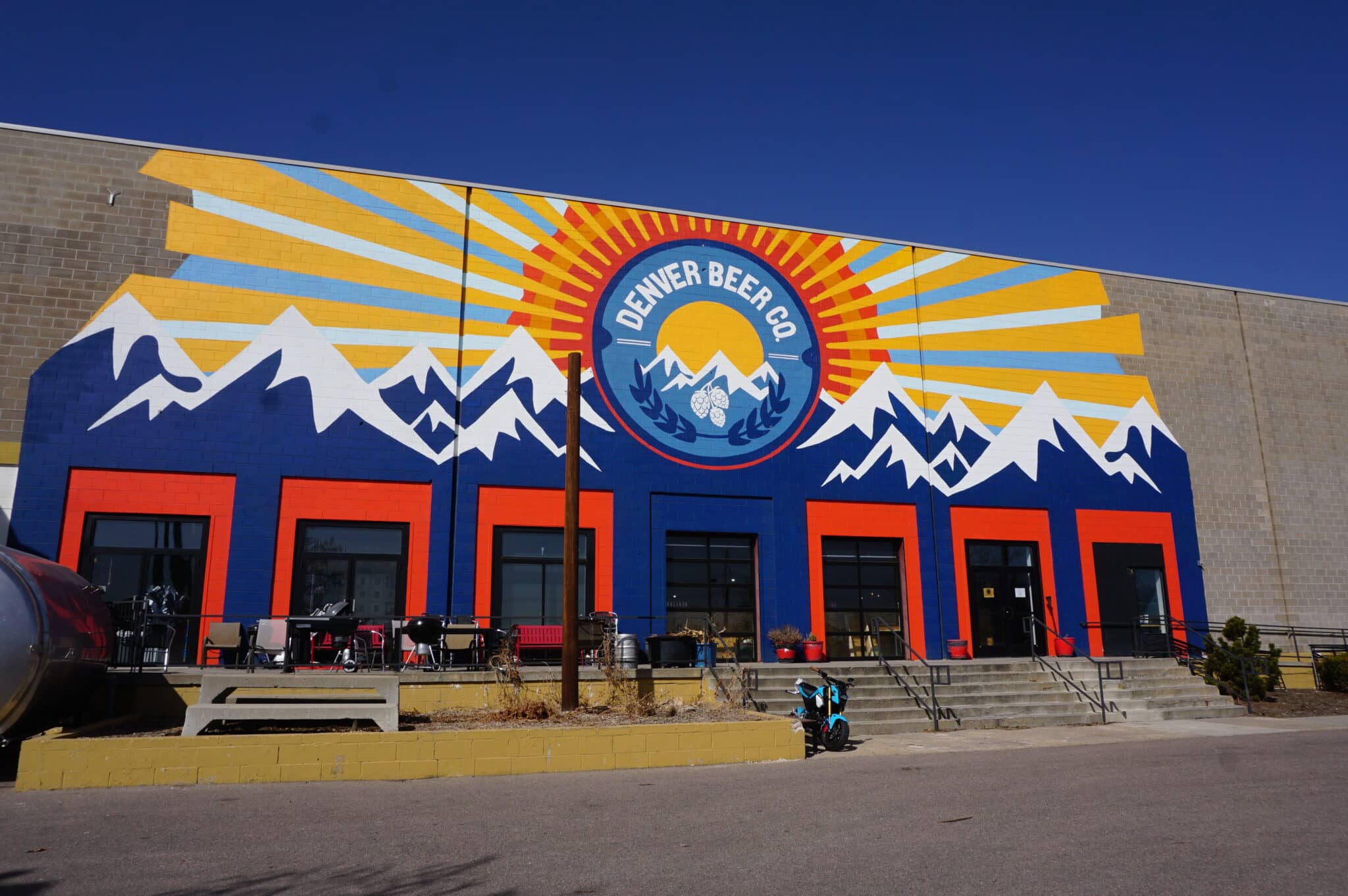 Denver Beer plans to distribute its products to Kansas starting in May.

Denver Beer is breaking ground this week on its fourth taproom at 7070 E. Lowry Boulevard within the retail complex being developed by Englewood-based Kelmore Development and Denver-based Confluent Development.

In addition to the new taproom, the brewery is getting ready to expand its product distribution outside of Colorado for the first time and hustling to secure enough cans for next year. 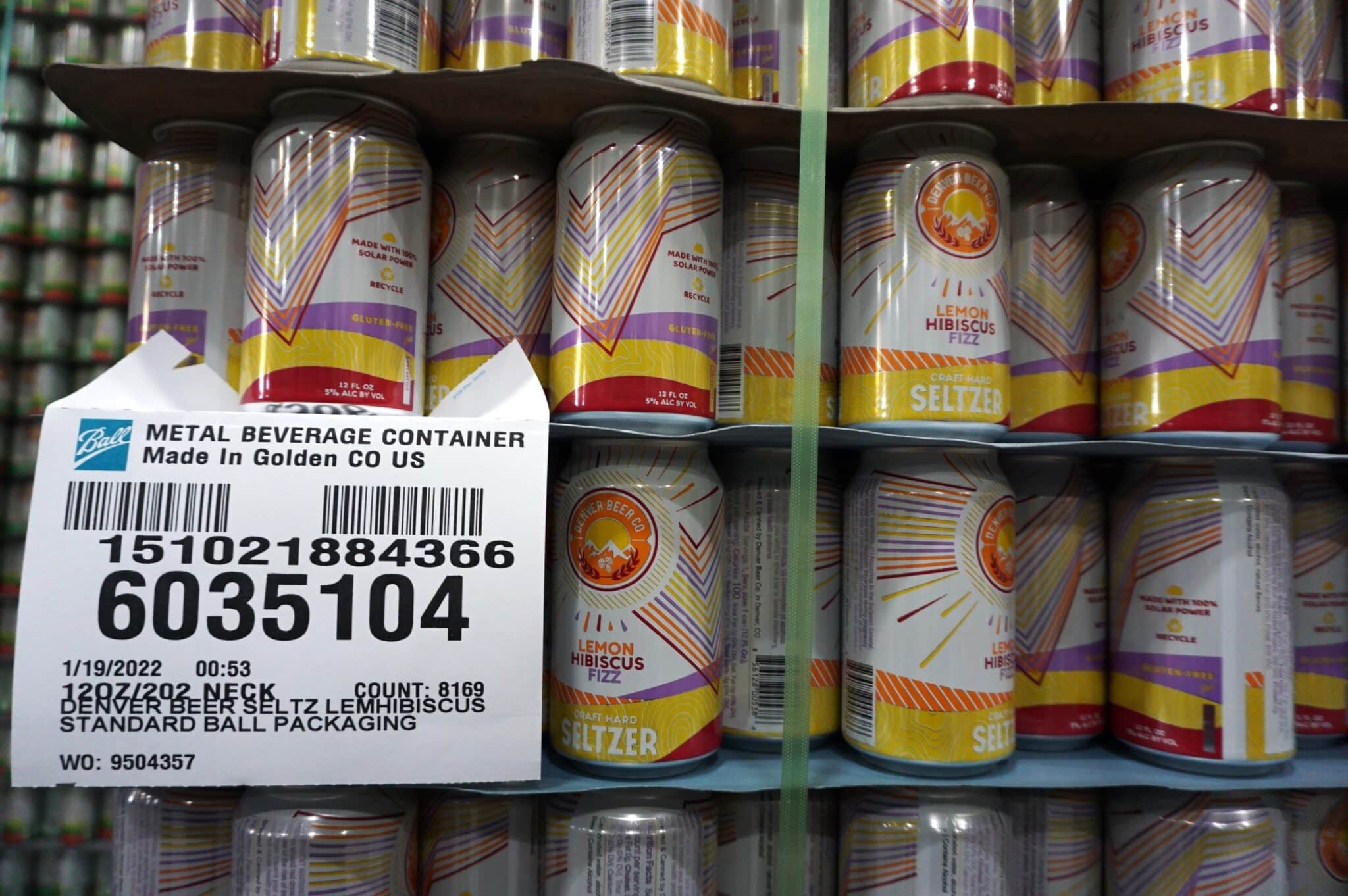 Denver Beer is scrambling to buy cans for 2023 after Ball Corp. dropped them as a client when the Broomfield-based manufacturer raised its minimum order requirements.

Berger and Crawford founded Denver Beer in 2011 with its first taproom on LoHi’s Platte Street. They opened a second in Olde Town Arvada in 2017 and a third at 2425 S. Downing St. near the University of Denver last year. The brewery also owns a nearly 50,000-square-foot production facility in Sunnyside.

The brewery’s Lowry project will include a 4,500-square-foot taproom and a seven-barrel brewhouse, plus a 5,400-square-foot patio that will connect to an open space and park area within the development. There will be fire pits, patio heaters, misters and outdoor games.

“We have always wanted a biergarten on a park,” Berger said. “In Munich, there are biergartens in the middle of big public parks, and it’s so fun. But Denver doesn’t have that.” 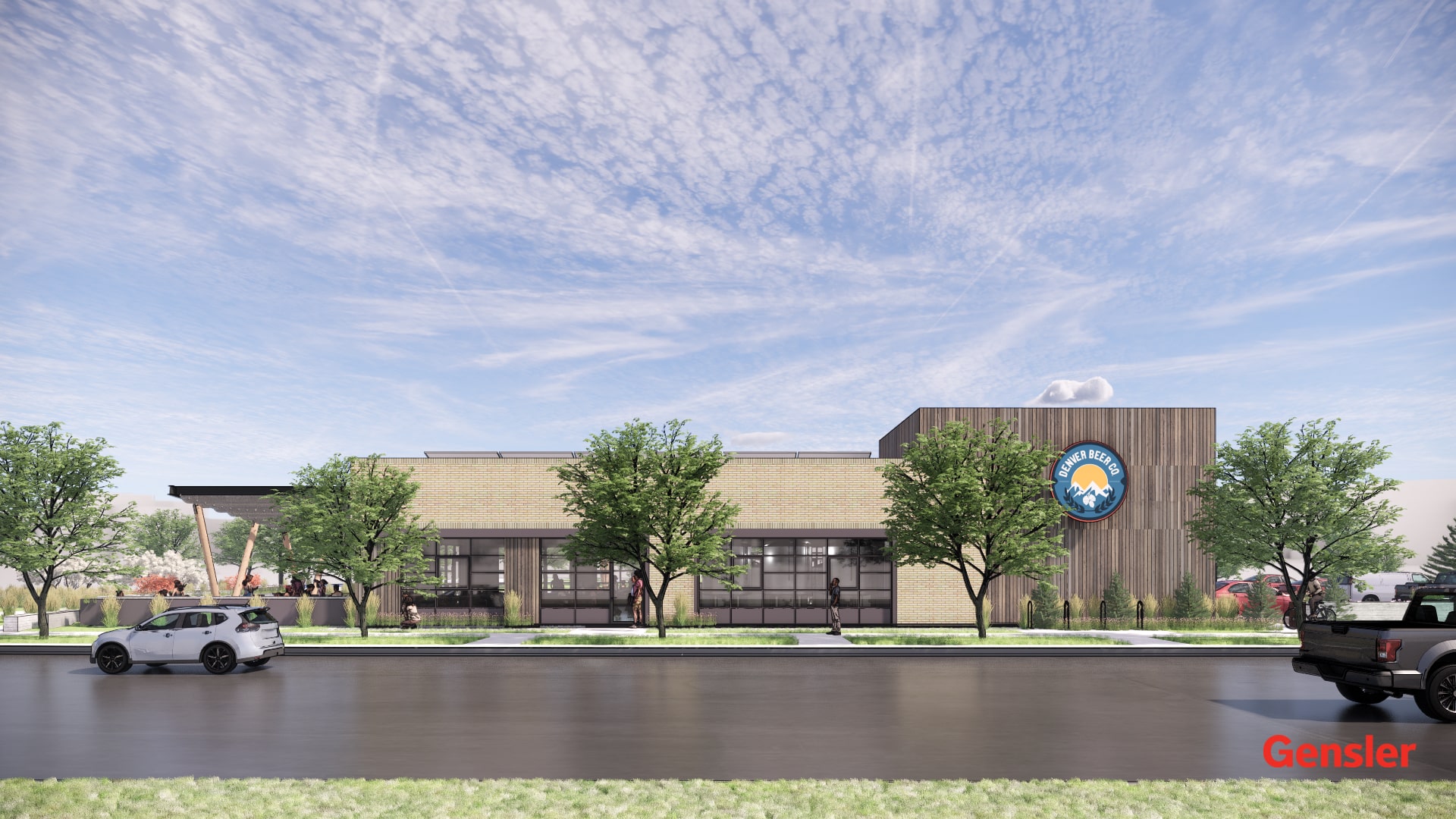 “One of the most important things to us is all of our other taproom locations are in old car garages or auto body shops, so since this will be a ground up, the first thing that’s going to take place there is we’re going to rotate some tires on an electric vehicle, so we can say we have a taproom in an old body shop still,” Berger said.

The brewery has hired Gensler to design the space and Denver-based i2 construction to complete the build out, which Berger said will cost around $4 million. Kelmore and Confluent own the property but Denver Beer will have the option to purchase the completed taproom, he said. The brewery also owns its production facility and South Downing taproom. 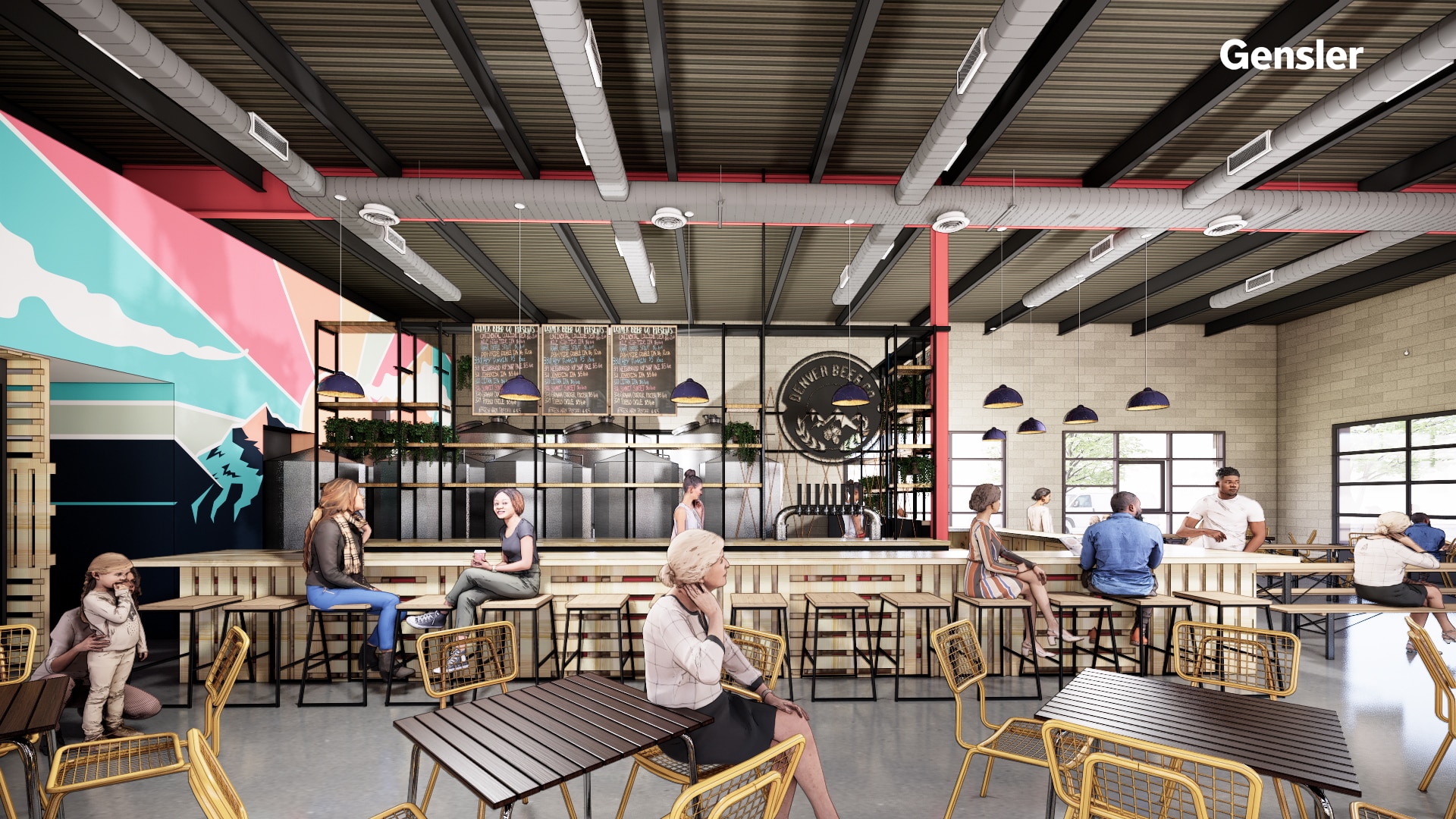 “We have a ton of friends and family that live around there; my mom is just a couple of blocks away,” Berger said. “I  think our reputation will be well received because a lot of folks that used to live near the Platte Street location have moved out to the suburbs.”

Denver Beer will expand in a different way next month, when it begins distribution in Kansas.

“We’re going to spread our wings a little bit,” Berger said. “We found growth here, so we haven’t considered out-of-state markets as the Denver Beer Company. But we felt the time was right, and we had a wholesaler soliciting us. So, we decided to give it a try.” 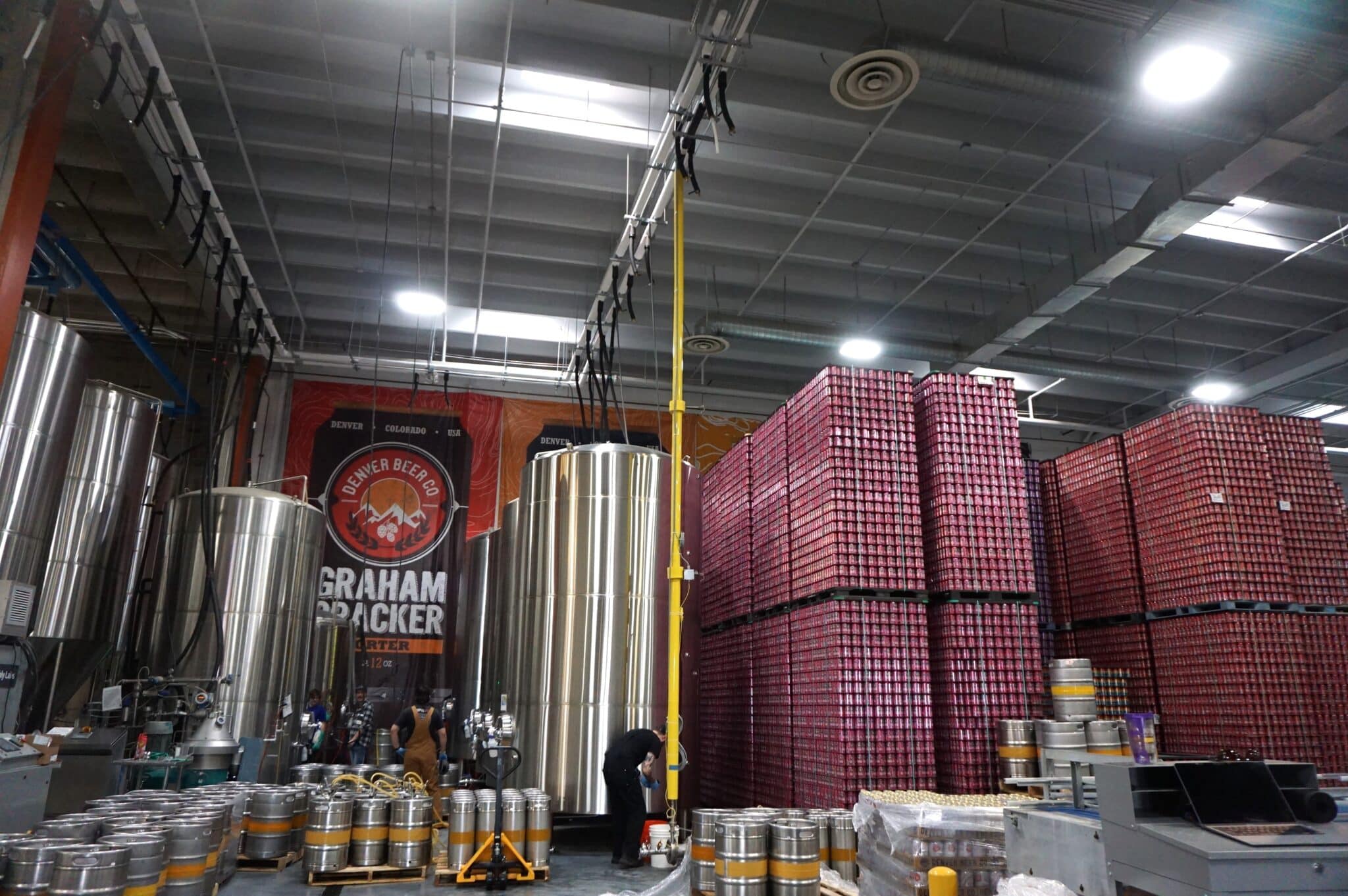 Existing fans of the brewery may also find themselves paying more. The average Denver Beer six-pack costs about $11 now, an increase that Berger attributed to the cost of aluminum cans.

Broomfield-based Ball Corp., one of the largest aluminum can manufacturers in the country, announced in November that it would be increasing its minimum order from one truckload of about 200,000 cans to five truckloads, or roughly 1 million cans. This was a result of a spike in demand and aluminum shortage during the pandemic.

This left many regional and local breweries scrambling to find a new manufacturer, including Denver Beer. Berger said the brewery has enough cans that it preordered from Ball to make it through 2022, but it’s now working with brokers to source aluminum cans for 2023.

“The cans are much higher priced. The solution is we have to raise our prices by nearly 20 percent, and the domino effect trickles down,” Berger said. “Our wholesalers will then raise prices, our retailers will then do it, and the consumers have to pay for it.”

“The aluminum shortage is almost as hard as the COVID shutdowns,” Charlie Berger told BusinessDen.