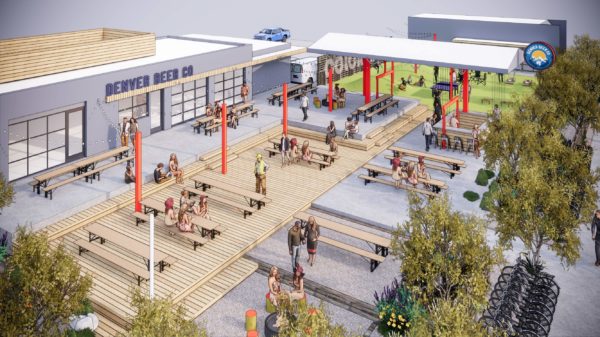 The company said this week that it plans to open this summer at 2425 S. Downing St., in the Rosedale neighborhood west of the University of Denver.

The building at the site previously was home to Maddie’s Restaurant, which closed in October.

The company purchased 2425 S. Downing St. in December, paying $2.5 million, according to public records. The seller was Lenobel Enterprises LLC, which purchased the property for $855,000 in January 2010. Tyler Bray of Cushman & Wakefield represented the seller.

The property has two buildings on it, according to Denver Beer. The larger 2,563-square-foot building will feature the brewery and tasting room, as well as a yet-to-be-announced restaurant partner. Beers exclusive to the location will be brewed on site.

The smaller 761-square-foot building is slated for an additional restaurant partner or snack food purveyor. The property also will have about 10,000 square feet of outdoor patio space.

Denver Beer Co. is working with Gensler for the building architecture and interior design, and will contract with Spectrum General Contractors for construction.