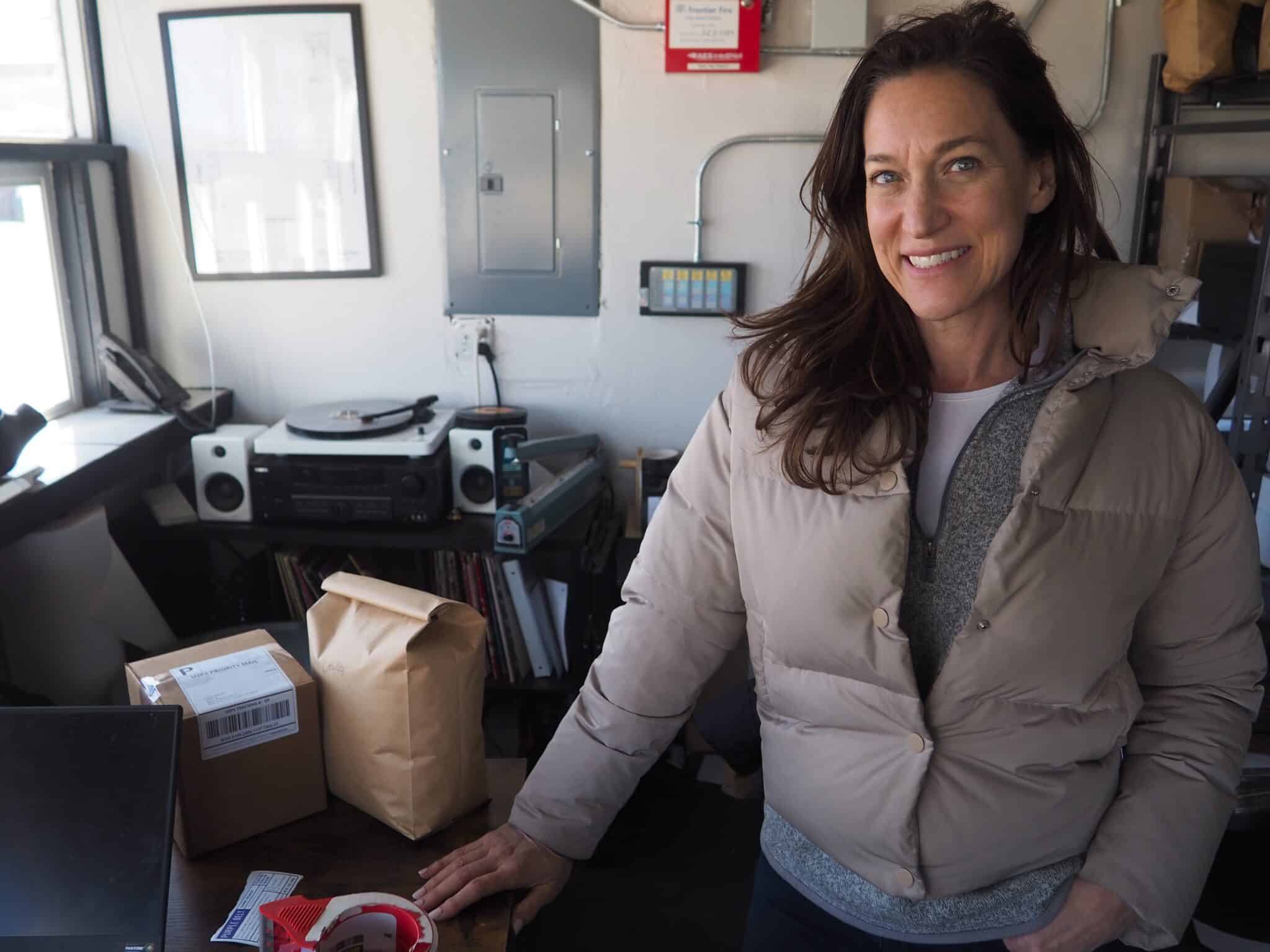 Alison Shunneson stands in what used to be the office for the Branding Iron Motel at 8600 E. Colfax Ave. in Denver. (Thomas Gounley photos)

Alison Shunneson didn’t end up having to go far to find her next project.

The Denver resident, who is wrapping up renovations on the former Branding Iron Motel at 8600 E. Colfax Ave., purchased the defunct Ahwahnee Motel next door.

In both cases, Shunneson is converting the motel rooms into apartments, keeping the existing footprint of the properties.

“It’s 31 units, so it’ll be 31 apartments,” Shunneson said of the Ahwahnee. “Eight of them are studios, and the rest are one bedrooms.”

The numerous motels along Colfax date back to the days when road was the main thoroughfare for tourists on their way to the mountains. But the Branding Iron and Ahwahnee, like most, long ago transitioned to primarily housing locals with few other options, who often paid week-to-week. A man was shot and killed at the Ahwahnee in March 2021.

Shunneson is fixing up the properties, and signing tenants to traditional long-term leases. As Denver looks to require developers to include income-restricted housing in new projects, she is delivering units that are affordable in the informal sense. The 36-unit Branding Iron is primarily comprised of studios, which rent for either $825 or $875 a month. The handful of one- and two-bedroom units cost $925 and $1,300, respectively.

“I don’t take any money from the city to do this,” Shunneson said. 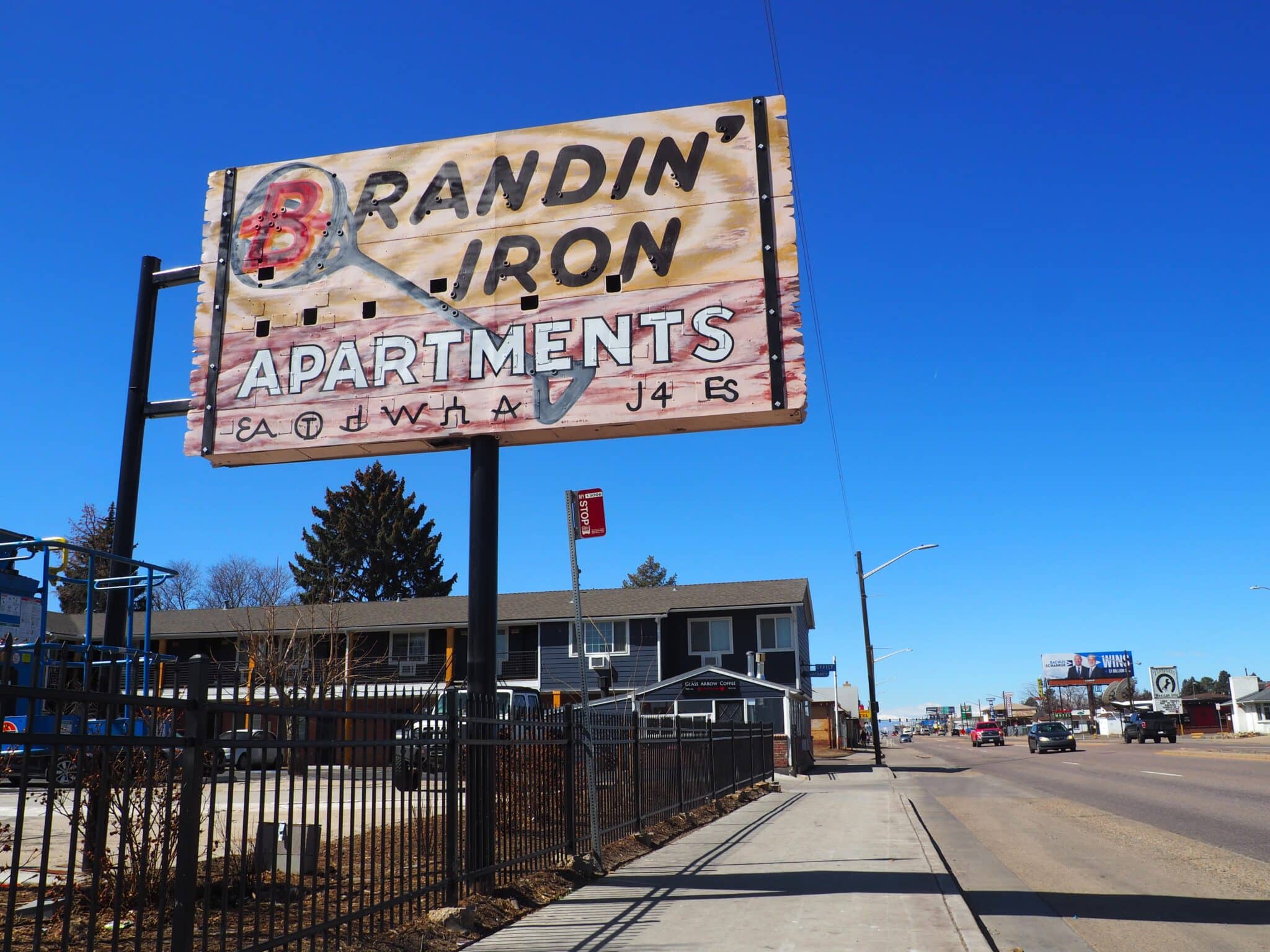 Shunneson’s conversion of the Branding Iron, for which she paid $2.3 million in February 2019, is nearly complete. Tenants have moved in. A coffee shop fills what used to be the motel office.

Shunneson, who declined to disclose the total project cost, just needs to put some neon on the new-but-retro-looking sign, and install turf on the site of the swimming pool that was filled in long before she bought it.

All that makes it a logical time to turn her attention to the next motel.

“Probably at least a dozen of them I’ve been into now,” she said. “And they don’t all work.”

As she did at the Branding Iron, Shunneson will now address “so much deferred maintenance.” The property needs to be re-wired and re-plumbed, she said. The existing carpets are threadbare. New insulation is needed. The bedbugs and cockroaches have to go.

The only thing up-to-date is the windows, Shunneson said, because the city ordered the last owner to install new ones. 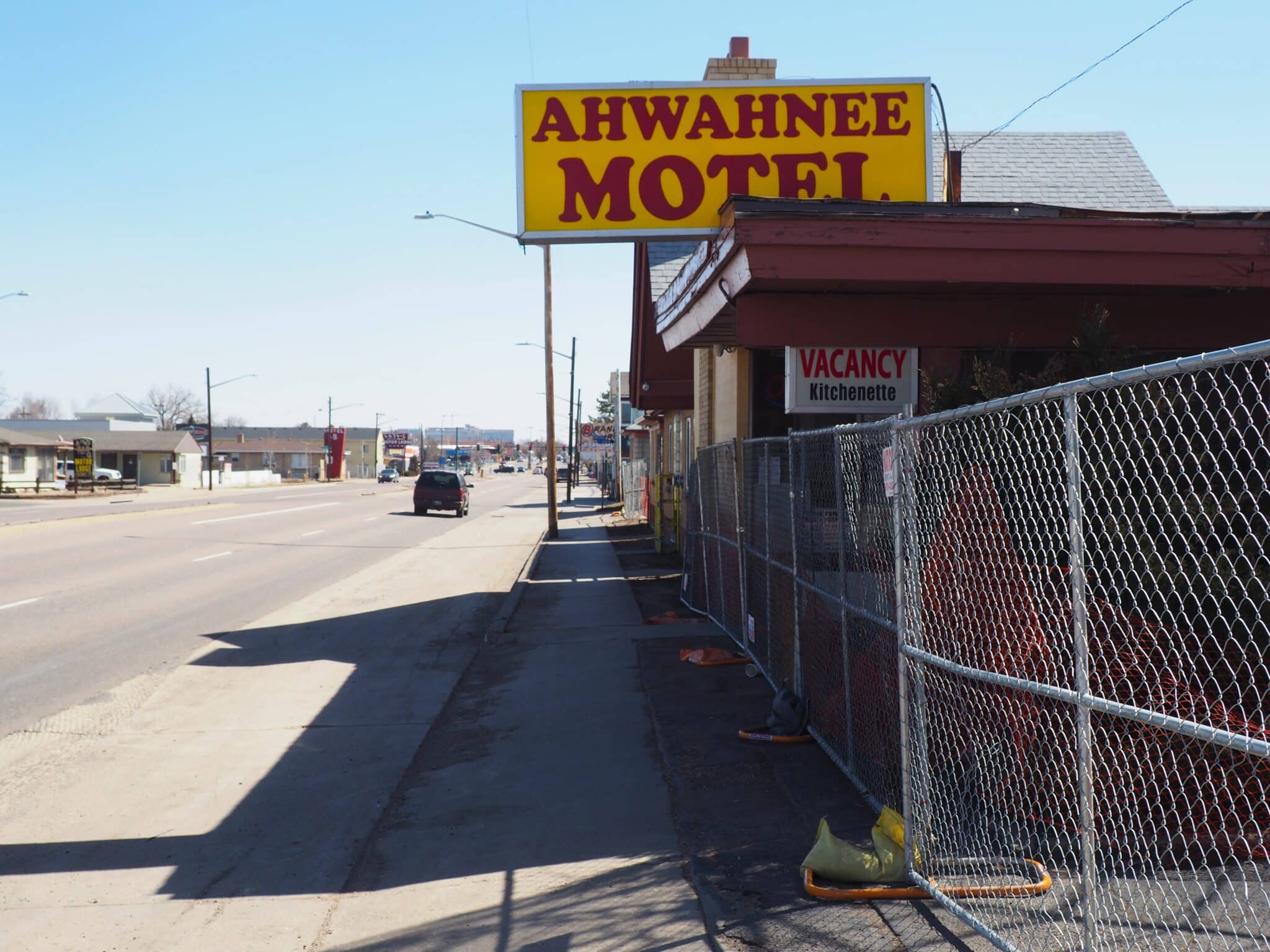 Shunneson previously worked as a lawyer, remodeling homes on the side, but stopped practicing about five years ago. She said she owns a few traditional apartment buildings in Cap Hill, Aurora and Arvada, but noted that properties like that sell for a lot more per unit than a Colfax motel.

Shunneson said the rehab projects appeal to her on multiple levels. She said she was inspired by The Metlo, a former motel at 1111 Broadway in Denver that was converted into office and retail suites leased to a variety of tenants including Amethyst Coffee.

“I like the model of adaptive reuse, for environmental reasons and financial ones,” she said.

She also feels like her projects are benefitting the working class.

“The bar for credit report ratings is low. But everyone here has full-time jobs, and they go to work,” she said.

Shunneson estimated that guests at the Branding Iron would have paid $400 to $500 a week under previous ownership, which cumulatively adds up to much more than her rents. She’s not sure how much her current tenants overlap with the property’s previous residents because she starts with a fresh slate.

“One of my stipulations when I buy these buildings is that they have nobody here,” she said. “And no furniture.”

Alison Shunneson stands in what used to be the office for the Branding Iron Motel at 8600 E. Colfax Ave. in Denver. (Thomas Gounley photos)

“One of my stipulations when I buy these buildings is that they have nobody here,” said Alison Shunneson, who turns them into apartments. “And no furniture.”