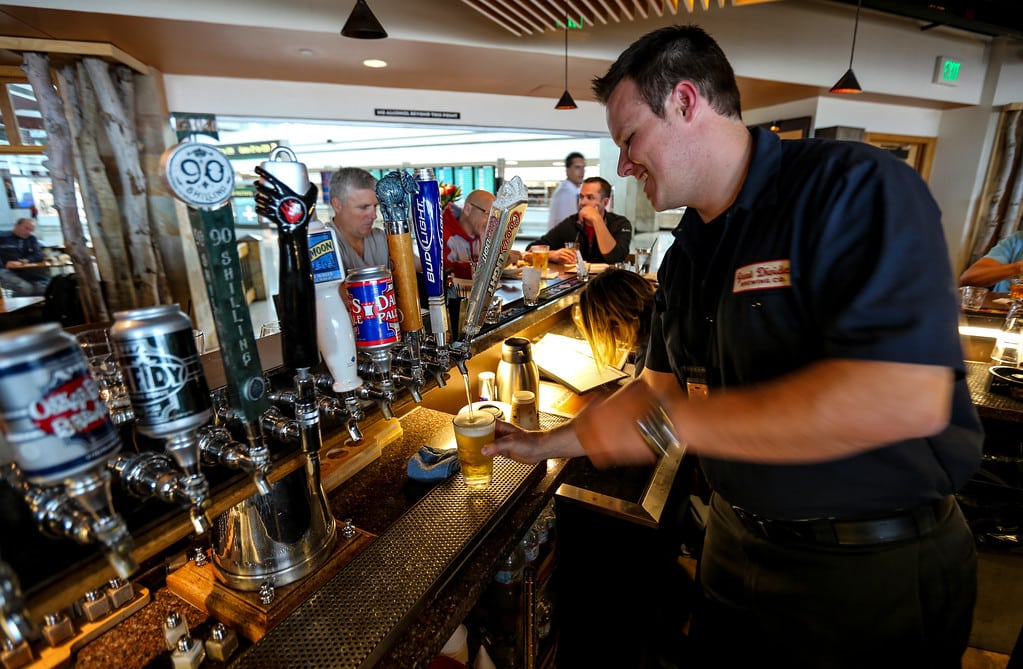 Timberline Steaks & Grille, located in DIA’s concourse C, is one of the businesses franchised by Mission Yogurt, which is planning to lease another 21,000 square feet and add 10 more eateries and shops at the airport. (Photos courtesy of Denver International Airport)

A Westminster-based concessionaire is set to land several contracts at Denver International Airport.

Mission Yogurt is poised to lease approximately 21,000 square feet throughout the airport’s concourses, and each of the lease agreements are for 10 years. All the agreements have a minimum rent or a percentage of sales fee.

According to city documents, the concessionaire intends to open locations for cocktail bar Williams & Graham, Native American cuisine Tocabe, The Bagel Deli and D Bar on the east side of concourse C, according to proposed contracts going before a City Council committee this week.

Those locations would total 3,800 square feet, and the company would either pay rent of at least $1.4 million a year (about $360 a square foot annually) or 15 percent of gross sales, whichever is higher. 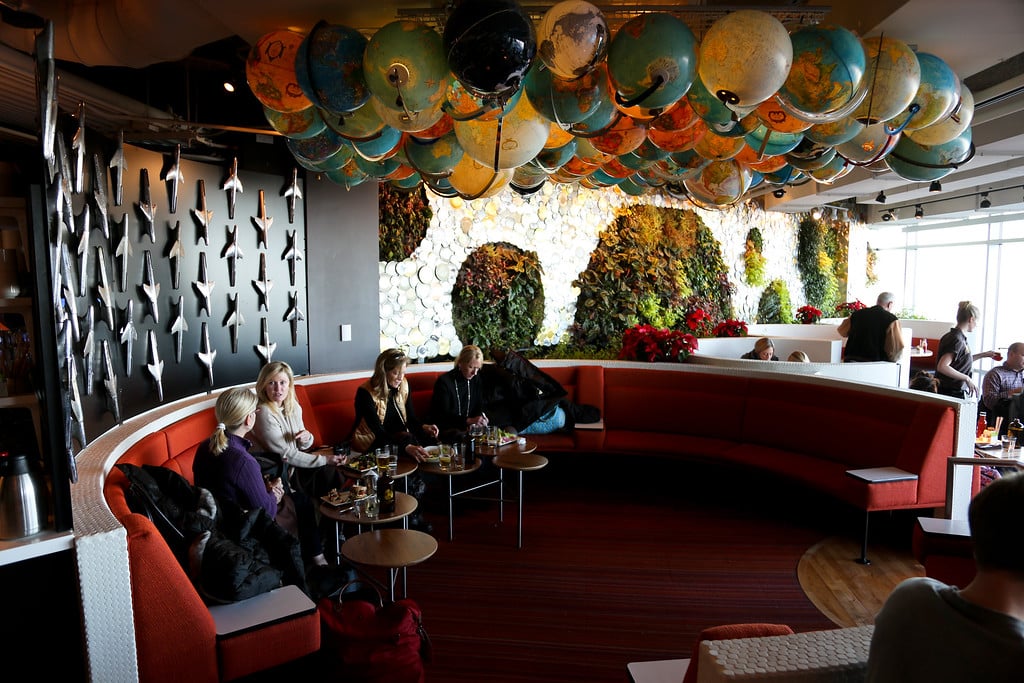 Another agreement awaiting city approval is for two locations that combine for 11,242 square feet, which would include modern Asian restaurant ChoLon, premium meat market Marczyk Fine Foods and Teatulia Tea & Coffee Bar. The minimum rent for those businesses would be about $1.2 million ($110 per square foot annually) or a fee of 15 percent of sales.

As BusinessDen previously reported, Teatulia closed its LoHi location in late 2020, but on its website the company said it would look for licensing opportunities and continue to sell in grocery stores.

Mission Yogurt has a third agreement lined up to develop and operate a “food and beverage marketplace” within 6,647 square feet of Concourse A.

The annual minimum rent would be $583,000 ($87 per square foot). The company could alternatively have to pay anywhere between 14 percent of gross sales if they surpass $7 million, and up to 16 percent if they surpass $10 million. 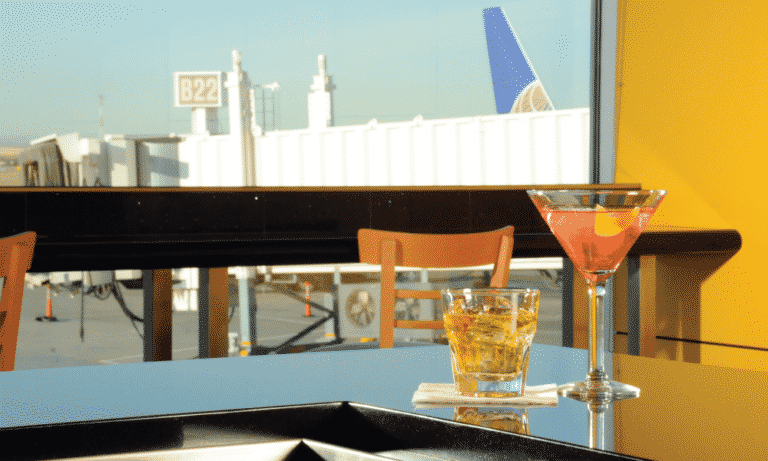 A view of the DIA tarmac from Etai’s Bakery Cafe, which Mission Yogurt franchises in the airport’s concourse B. (Courtesy of Mission Yogurt)

The concession company also has three smaller contracts that are headed for City Council consideration.

Those contracts are for seven years apiece for a Longs Peak Market and Goods, and a Black Canyon Market, both on Concourse C. Each would have a minimum rent of $273,000 or staggered percentage fees.

A High Dune Market and Goods planned for Concourse B would pay $319,920 a year or a percentage fee.

Mission Yogurt already has 12 businesses within DIA, which include Timberline Steaks & Grille in Concourse C, a Sarah Lee Sandwich Shop in Concourse B and a Caribou Coffee on the second floor of the Great Hall that opened in December.

Timberline Steaks & Grille, located in DIA’s concourse C, is one of the businesses franchised by Mission Yogurt, which is planning to lease another 21,000 square feet and add 10 more eateries and shops at the airport. (Photos courtesy of Denver International Airport)

Westminster-based Mission Yogurt, which already leases space for 12 eateries and markets at DIA, is poised to open 10 more throughout the airport’s concourses.