Steve Bachar was arrested and booked into the Denver City Jail on felony charges of securities fraud and theft. He has requested a public defender. (BusinessDen file)

A Denver attorney and businessman facing theft and securities fraud charges — and who was accused last year of spending millions of stolen dollars in part on a Country Club mansion and exotic vacations during the pandemic — has requested a public defender.

“I think you were planning to hire a private attorney, but … did you decide to apply for the public defender’s office?” Judge Frances Simonet asked.

Bachar was charged in October with the two felony counts, which relate to a company established by Bachar called Empowerment Capital and a failed startup called Revolar that Bachar bought.

Bachar has yet to enter a plea in the case. If convicted, the charges carry a possible prison sentence between four and 12 years and fines from $3,000 to $750,000.

Bachar declined to comment when approached by BusinessDen in the courtroom Thursday.

“I’m not going to talk to you about anything,” he said. 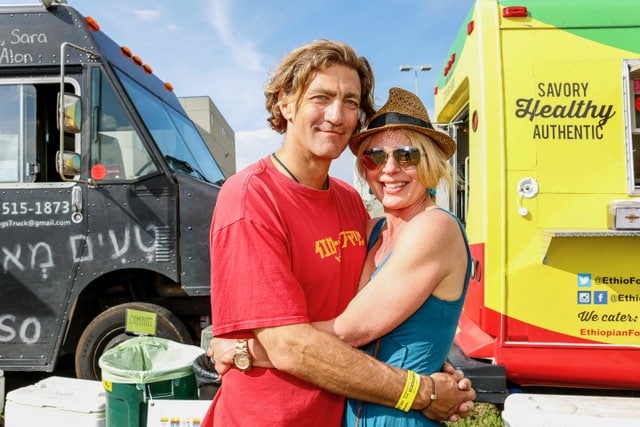 Bachar will have to turn over financial records to the court and the Office of the Colorado State Public Denver before he is assigned a public defender.

Bachar also has unrelated judgments against him for more than $4 million in connection with $2 million orders he placed for personal protective equipment that he never paid.

Denver-based DaVita said in court documents it attempted to buy 4,000 cases of N95 masks from Bachar’s company Empowerment Health. When no masks were delivered, the Denver healthcare company canceled the contract after spending $600,000.

And a California company called Future Health Co. said it produced 3 million medical gowns that Bachar ordered and delivered to the state of Wisconsin, but that Bachar never paid for. Future Health has not received any money from the judgment, the company owner said this week. No criminal charges have been filed related to those frauds.

Documents filed in Future Health’s lawsuit suggest Bachar spent the money to fund a lavish lifestyle. Subpoenaed bank records reveal Bachar spent $27,000 between August and September 2020 on travel to Miami and the Virgin Islands, and on wine, dining and clothes.

Bachar also spent $121,000 at the Cherry Creek furniture store Coda Studio, which is owned by his wife Angela Feddersen, according to court documents. Feddersen previously told BusinessDen she has separated from Bachar.

Bachar also paid more than a million dollars to the owner of a 5,000-square-foot Country Club mansion, records show.

Steve Bachar was arrested and booked into the Denver City Jail on felony charges of securities fraud and theft. He has requested a public defender. (BusinessDen file)

Steve Bachar spent lavishly on travel and dining in 2020, as well as a Country Club mansion, according to court documents.