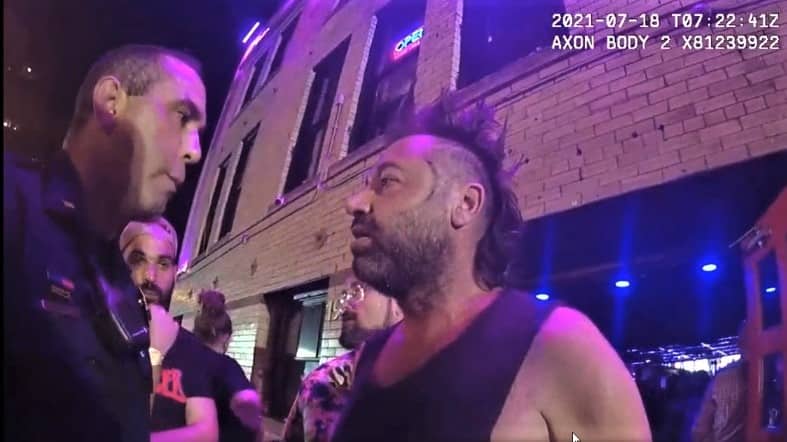 The owner’s claim to be a member of the Sicilian mafia, a sloppy method of hiring security guards, an attempt to bribe a police officer and a failure to stop fights should cost LoDo’s Beta Nightclub its liquor and cabaret licenses, a mediator recommended Wednesday.

The owner of a nightclub at 1909 Blake St. was summoned to a hearing Nov. 17 and 18 by the city over whether its licenses should be revoked, fined or suspended after Denver charged the owner with improperly hiring security guards, creating an unsafe environment and other violations.

Mediator Federico Alvarez, who presided over the hearing, recommended the nightclub have its licenses revoked based on evidence of violations provided by police officers who worked undercover and off-duty at the establishment.

The final decision on whether to revoke the licenses will be made by the executive director of the city’s Department of Excise and Licenses in the coming weeks.

Although Alvarez did not find that the city proved all its allegations, he said Beta owner Hussam Kayali did not do enough to solve the business’ problems — even after recommendations had been provided to him.

“Mr. Kayali purported to accept the suggestions but did so half-heartedly,” Alvarez stated in his recommendation. “When his continued operation of the club generated escalated inspections, he resorted to touting that he is an organized crime organization member as an intimidation tactic.”

Kayali alluded to being a member of the La Cosa Nostra mafia crime organization born out of Sicily while arguing with a police officer one night. He doubled down on the assertion during the hearing last month.

“The only reason for him to assert this status is to gain improper leverage over the city staff. It was otherwise irrelevant to their interaction,” Alvarez said. “The implicit message to the staff is that they may suffer harm due to his displeasure with their regulatory actions.”

“This tactic is serious and unacceptable, particularly for one with a cabaret license where character and reputation is a licensing factor,” Alvarez wrote.

Alvarez also concluded that Kayali did attempt to bribe an officer, and said he wouldn’t have done that if he believed the evidence would exonerate him.

“Mr. Kayali’s comments to Officer (Adam) Glasby that he needed for this proceeding and an independent nuisance legal action to come out right and that he would do whatever was needed, up to ten grand, is an overt bribe attempt,” Alvarez said.

Alvarez said the city failed to prove all allegations, including that drugs were being trafficked through the nightclub and that the business exceeded its occupancy limits. But he said the city proved the club sold alcohol after 2 a.m. on at least one occasion.

Kayali, who also goes by the name Valentes Corleons, told BusinessDen on Thursday that he was expecting Alvarez to recommend revoking the licenses, given how the hearing went.

He said the hearing wasn’t a “fair” court and that he intends to file an appeal in Denver District Court if the executive director revokes the licenses.

“I feel like they’re (the city) teaming up on me and they already made up their mind and don’t want me there,” he said. “They hate me. They want to assassinate my license. Somebody in the city must hate me so much. I don’t deserve to be shut down, and there are fights (at other nightclubs).”

What irks Kayali most is that he hired off-duty police officers as additional security at the club, which he said shows he did care about the safety of his patrons. But Kayali accuses the officers of accepting money from customers to let them cut the line into the club, and said he’s being targeted because the club attracts black and Latino people.

Kayali said during the hearings that he stopped hosting nights dedicated to rap music after those events caused problems.

Kayali said that, if he files an appeal in district court, he will introduce evidence he couldn’t provide at the hearing.

He said Beta is currently open, but the club won’t be able to continue operating if the licenses are revoked.

“I think when the director makes a decision, if she says to revoke them, it’s a death penalty,” Kayali said. “The building has no value. I’m looking at a $20 million loss. I’m very embarrassed by what the city has done to me. I’m a good person, man. I don’t threaten anyone. If I don’t care about security, why do I have cops there?”

Kayali may be taking his talents to South Beach. He is currently in Miami and said he wants to open a nightclub there.

In addition to mocking the city for the possible license revocation on Instagram over the past few days, Kayali has been posting videos from what he says is a penthouse in Miami, with one of the captions rhetorically asking in all caps, “Guys, WTF we doing in Colorado.”

The current executive director of the Department of Excise and Licenses is Ashley Kilroy, but she recently announced she will step down from the position Jan. 7. That means interim director Molly Duplechian could make the final decision on the license revocation.

The decision was based on evidence of violations provided by police who worked undercover and off-duty at the bar. The Department of Excise and Licenses director will have the final say.