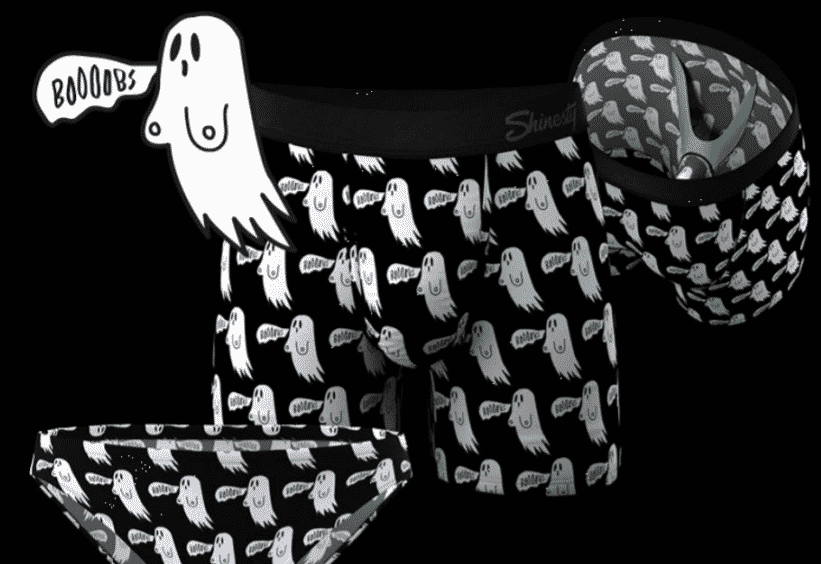 Shinesty’s “The Ghost Busy” line is part of its Halloween collection. (Lawsuit exhibits)

An artist alleges a Boulder-based apparel company stole her art and printed it on the company’s clothing — and also its customers.

Shinesty, which sells clothing like underwear and pajamas with boisterous and often-irreverent designs, was sued by California artist Raeha Keller this month in federal court in Denver for alleged copyright infringement. 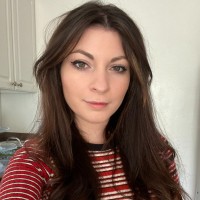 Keller has been selling enamel pins, accessories and other original artwork on her website since 2015, according to the lawsuit. One of her copyrighted designs, titled “Boooobs” Ghost, is a ghost with breasts saying “Boooobs.”

According to the lawsuit, Shinesty sold eight different products, including men and women’s underwear, with the exact same image — which the company called “The Ghost Busty” — as part of its Halloween collection, without permission from Keller.

Shinesty also launched a contest, saying it would give the first five customers that got a tattoo of the ghost image 36 free pairs of Shinesty underwear, according to the lawsuit, which includes screenshots from the company’s Instagram account. To promote this campaign, at least two Shinesty employees got the tattoo.

“Shinesty is literally tattooing themselves with infringement,” the lawsuit reads.

In an Instagram message to Keller, which was attached in the lawsuit, Shinesty’s head of products and design apologized and offered to add her name to product pages and the title of the products, and to pay a 10 percent royalty of all sales with this design. 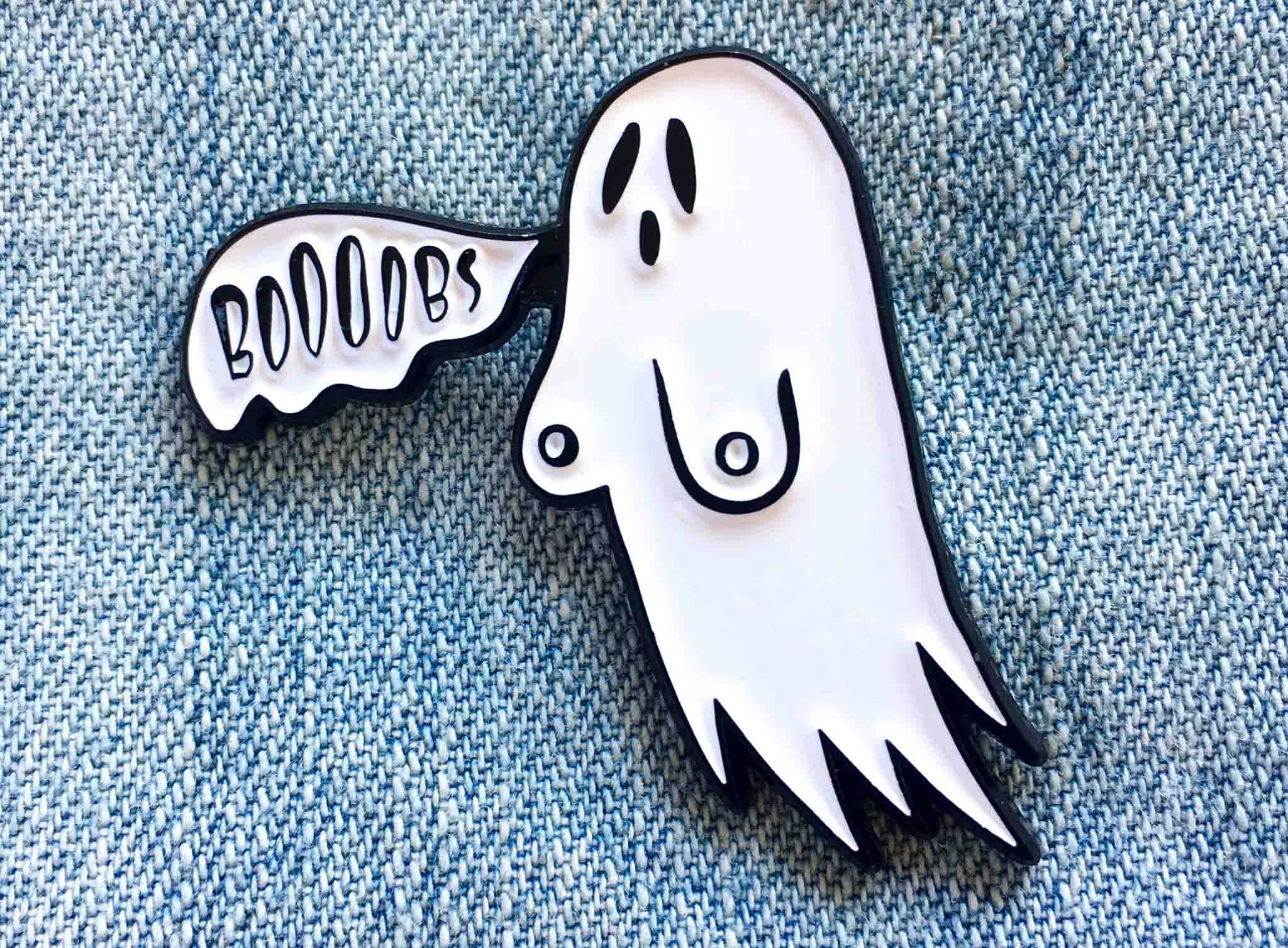 “We contract out a lot of international designers and illustrators and didn’t know this ghost was ripped from your existing design,” the message reads. “We unfortunately can’t take it back, but want to make it up to you as much as we can if possible.”

Keller did not respond to the Instagram message, according to her attorney Andrew Gerber of Kushnirsky Gerber, who said he largely represents independent artists in similar situations.

“I’ve been an IP attorney for multiple years now, and this is the first time I’ve ever dealt with anything remotely close to this,” Gerber said. “Tattooing an identical copy of her work for commercial purposes is copyright infringement, and we think Shinesty is contributorily liable for that. If you hold a contest and encourage people to create infringing copies of someone’s work and reward them for that, that’s contributory copyright infringement. It just happens to be a unique situation here, where the infringing copies are permanent tattoos on various people’s bodies.” 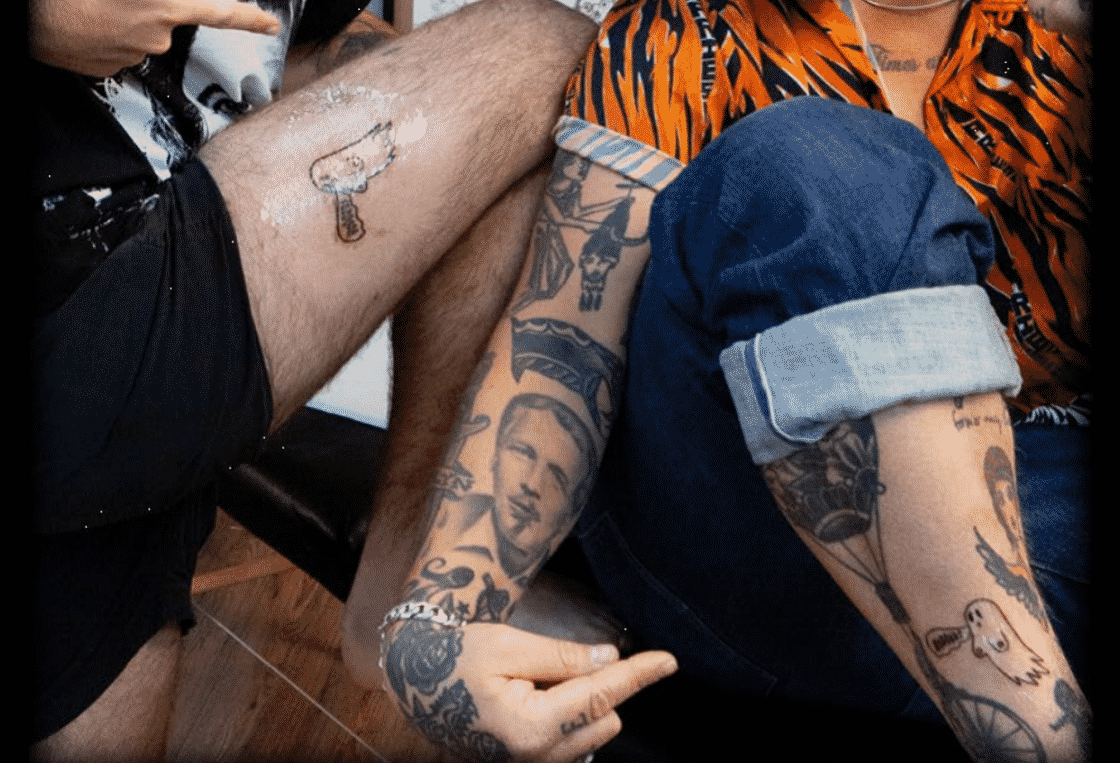 Two Shinesty employees got the image tattooed on their legs.

Products bearing the image were still displayed on Shinesty’s website as of the Dec. 2 filing.

At least five people got tattoos of Keller’s design, according to Instagram screenshots in the lawsuit. Keller named the individuals that got tattoos as “John Doe” defendants in her lawsuit.

Keller is seeking all profits directly or indirectly attributable to the infringing image, as well as additional damages. The lawsuit says Shinesty does $14.5 million in annual revenue.

This isn’t the only litigation Shinesty is involved in. In May, the Boulder company sued New York-based apparel company Tommy John for allegedly using Shinesty’s trademarked “Ball Hammock,” “Ball Hammock Pouch” and “Hammock Pouch” to market its men’s underwear. The case is still pending.

Shinesty’s “The Ghost Busy” line is part of its Halloween collection. (Lawsuit exhibits)

“Shinesty is literally tattooing themselves with infringement,” states the lawsuit, which says two employees’ bodies display the copyrighted image of a ghost with breasts.