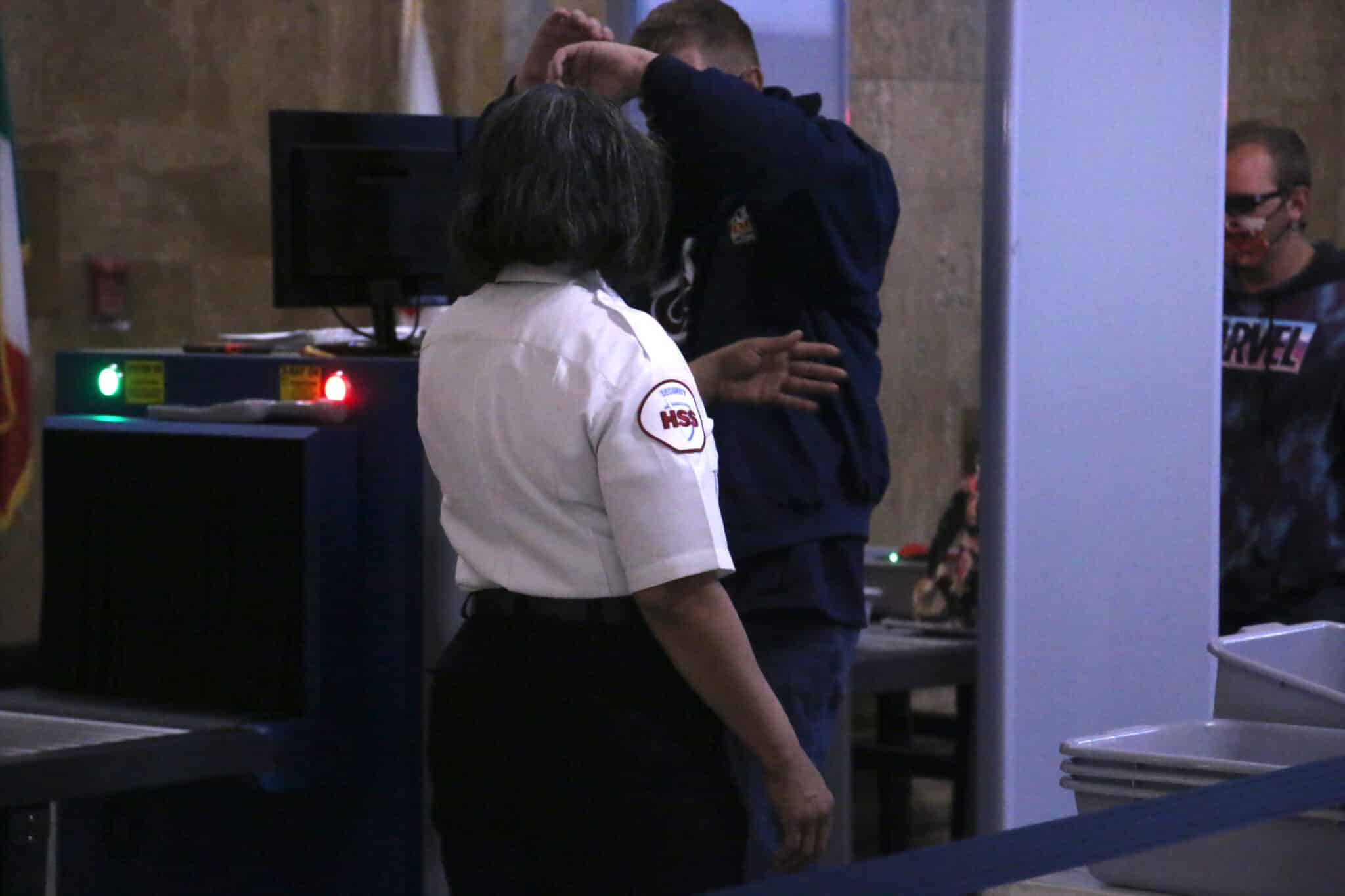 Denver is poised to switch to a new security contracting firm for municipal buildings, and it plans to increase personnel and start providing security at some temporary homeless shelters.

HHS, which has had a contract with the city of Denver since 2016, recently told the state that it will lay off 94 employees due to that contract ending. But they are expected to be offered jobs by the new contract holder.

HSS’s five-year, $36 million contract will expire Dec. 31. Securitas Security Services USA is expected to be awarded a three-year contract for $25 million that begins Jan. 1. It beat out the bid by HHS.

“Following our competitive bidding process, a new contract is being awarded to Securitas Security Services USA, Inc. and is currently in the City Council process for approval,” Craig Wells, a spokesman for Denver’s General Services Department, told BusinessDen on Tuesday.

The City Council is expected to consider the contract on Dec. 13.

HSS personnel work security at 19 Denver municipal buildings, including City Hall. Of the 98 positions available under the contract, 11 employees are armed.

The new contract with Securitas will provide 112 security personnel at 26 locations, with the same number of armed employees.

It will also include putting security personnel at some homeless shelters, which include the Denver Human Services east branch building, where a “safe outdoor space” sanctioned campsite is planned to open this month.

Securitas agents would also work at two other buildings, the Denver Housing Authority-owned Rodeway Inn at 4765 Federal Blvd. and the Aloft Hotel at 800 15th St., which the city leases to temporarily house homeless people.

Wells said current HSS employees working for the city will be offered their current job through the new contract by Dec. 11. The city is also offering a $500 incentive for current employees to switch to the next contractor.

Jeremy Story, a spokesman for HSS, said he is “not aware” of any current employee who would lose their position under the new contractor.

Of the employees expected to be laid off, HSS told the state that 55 of them are security agents.

HSS will continue to work “perimeter security” and other non-Transportation Security Administration duties at Denver International Airport, Story said. The contract for the municipal buildings is separate from the one for services at DIA.

According to the city, there will be new training for personnel who work at the Denver

Human Services posts as well as 24 hours of “specialized weapons” training for the security agents who are armed.

Under the new contract, rates of pay will be the same. An unarmed security agent at the lowest level will make $18.70 per hour, and a security shift leader will make the most at $25.70 an hour, according to the city.

HHS told the state it’s laying off 94 employees, but they are expected to be offered jobs by new contract holder Securitas.