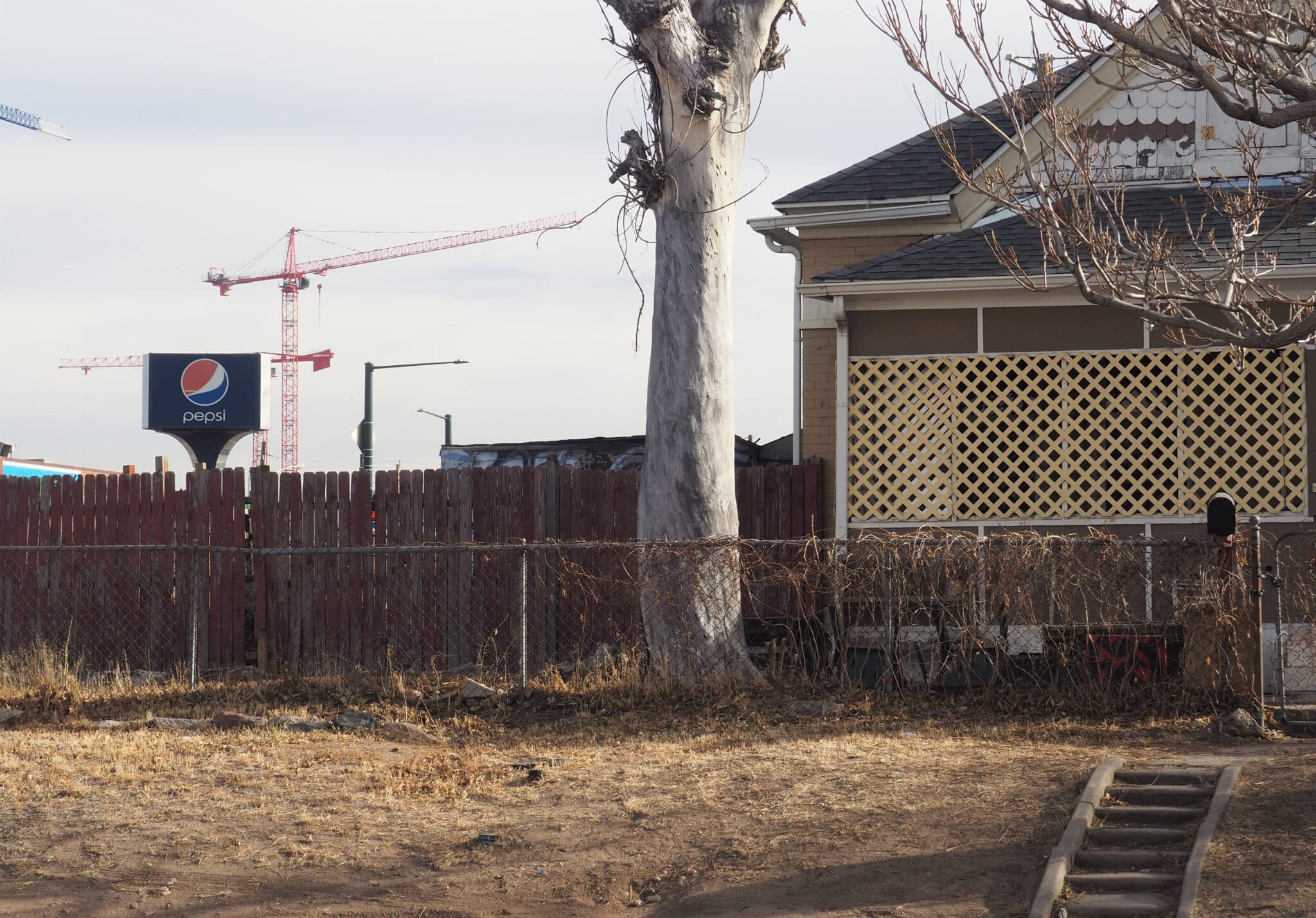 The dispute involves this home at 3756 Delgany St., across the street from Blue Moon Brewing Co. and Pepsi facilities. (Thomas Gounley photo)

A longtime RiNo landowner and his son are feuding over real estate.

Littleton resident Larry Burgess was sued last week by his son Byron Neville Burgess, who alleges that his father is “defrauding” the company they co-own.

That firm, 3134 Walnut St LLC, owns and rents residential and commercial real estate collectively appraised for about $7 million, according to the lawsuit.

Larry also owns other properties in RiNo under his own name or other entities. He bought his first building along Brighton Boulevard in 1978, according to previous Denver Post coverage. Recently, he is most known for being part of the development team for the Catalyst office building at 3513 Brighton Blvd., as well as another office building that has been proposed next to it.

Reached by phone Monday, Larry declined to comment on the lawsuit.

“I’ll let the son do all the talking,” he said.

The younger Burgess — who goes by his middle name Neville, and lives in Texas — owns 50 percent of 3134 Walnut St LLC, according to the lawsuit. Larry and his wife Mary Jane, who is Neville’s stepmother, each own 25 percent.

The three started the company in 1998.

Larry is the manager of the LLC, meaning he oversees its basic operations. But the ownership split “effectively means that Plaintiff’s consent is required for any such action” outside the normal course of business, the lawsuit notes.

In his lawsuit, Neville objects to actions taken by his father in connection with several different properties in RiNo, an area where property values have boomed in recent years as developers have targeted it for big office and apartment projects.

One of the properties is 3756 Delgany St., a home across the street from Blue Moon Brewing Co. and Pepsi facilities.

The Burgess’ company purchased the home in 2014 for $320,000, according to public records. It was most recently assessed by the city at $1.09 million.

Part of the 2014 purchase price was funded by $195,542 in 1031 exchange funds stemming from the company’s recent sale of the property at 3134 Walnut St. According to the lawsuit, Larry said he would loan the company the remaining funds needed for the purchase.

Neville says in the lawsuit he only learned of the planned personal loan when it was time to close on the property, so he “had no opportunity to object.”

The son says he later learned that his father and stepmother had gotten a personal loan from Collegiate Peaks Bank to cover the needed funds, and that they used the Delgany Street property as collateral, assigning the property’s rents as security for the loan.

Neville says he would rather have loaned the company money himself “to avoid taking on third-party debt,” but couldn’t because he only learned of the arrangement at the last minute.

In 2020, according to the lawsuit, Larry offered to “reverse” the payments and take ownership of the property personally. Neville claims this would effectively amount to Larry paying about $42,000 for a property now valued at over $1 million.

Larry has proceeded to make the “reverse” payments despite objections, the lawsuit states.

Neville notes in the lawsuit that his father and stepmother own the property next to 3756 Delgany St. under their own name. He says Larry has been in talks with a third party about possible redevelopment, and that Larry attempted to “reverse” the loan so he could move forward with those plans without involving his son.

“These actions are unauthorized, fraudulent, amount to civil theft and conversion and are a gross violation of the fiduciary duties owed to the Company and Neville Burgess by Larry Burgess,” the lawsuit states.

Neville says 3198 Blake St LLC purchased a stake in the property because Larry needed to do a 1031 exchange, which allows those selling real estate to avoid taxes if they purchase other real estate with their proceeds.

The lawsuit also claims that Larry is paying himself “management fees,” despite the fact that the company has not approved that, and that he has used company funds to pay accountants to “advocate for his personal interests” in the disputes with his son.

Neville also says his father is failing to provide records as required by state law and the company’s operating agreement. He is asking for an unspecified amount of damages and “an accounting” of the company, and indicates he’s open to a receiver being appointed to oversee the company’s assets.

The plaintiff is represented by Boulder attorney Eric Moutz.

The dispute involves this home at 3756 Delgany St., across the street from Blue Moon Brewing Co. and Pepsi facilities. (Thomas Gounley photo)

Larry Burgess bought his first building along Brighton in 1978. His son Neville claims his father is “defrauding” the firm they co-own.